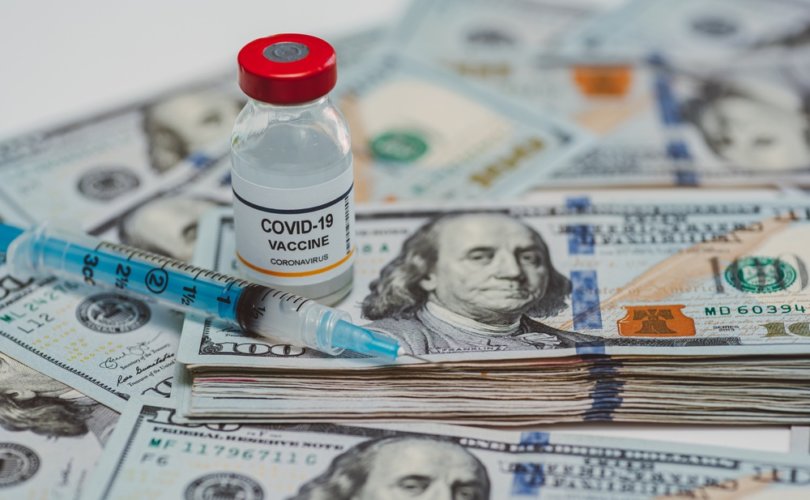 The widespread media outreach was outlined in documents obtained by conservative media outlet The Blaze, which filed a Freedom of Information Act (FOIA) request against the federal agency demanding transparency.

The news sheds light on the close relationship between mainstream media outlets and the federal government, which have frequently worked together to advance the narrative of universal vaccination.

In an exclusive article published March 3, The Blaze reported that documents obtained from the HHS showed the Biden administration had “purchased advertising from major news networks including ABC, CBS, and NBC, as well as cable TV news stations Fox News, CNN, and MSNBC.”

The Biden administration also purchased ads in “legacy media publications including the New York Post, the Los Angeles Times, and The Washington Post, digital media companies like BuzzFeed News and Newsmax, and hundreds of local newspapers and TV stations.”

“The government also relied on earned media featuring ‘influencers’ from ‘communities hit hard by COVID-19,’” the report continued, adding that other “influencers” included “experts” like White House chief medical adviser Dr. Anthony Fauci and other academics who promoted the jabs in interviews.

The Blaze pointed out that the legacy media outlets and cable news networks that received federal payouts for running COVID jab ads simultaneously published “countless articles and video segments” about the experimental injections “that were nearly uniformly positive about the vaccine in terms of both its efficacy and safety.”

According to the outlet, despite the fact that nearly all media organizations that ran pro-vaccination HHS ads “produced stories covering the COVID-19 vaccines, the taxpayer dollars flowing to their companies were not disclosed to audiences in news reports.”

The Blaze reached out to many news organizations named in the documents for clarification about why they declined to disclose taxpayer funding behind their pro-vaccination narrative.

While many declined to comment, those that did stated that since editorial teams are independent of their agency’s marketing arms, there was no need to disclose the ad purchases.

Shani George, vice president of communications for The Washington Post, said in a statement that when “[a]dvertisers pay for space to share their messages,” their “ads are clearly labeled as such.”

However, she added that “[t]he newsroom is completely independent from the advertising department.”

According to The Blaze, the HHS’ promotion slots purchased by the Biden administration were part of a taxpayer-funded $1 billion federal campaign for the 2021 fiscal year designed to “strengthen vaccine confidence in the United States.”

In April 2021, the HHS stated it was launching a “comprehensive media campaign” and collaborating “with public health influencers to reach Americans through traditional, digital, and social media in culturally appropriate ways.”

According to the agency, the campaign would use “both paid advertising and media interviews, presentations, radio/TV tours, and other public events to educate people about the importance of vaccination and basic prevention measures to prevent COVID-19 and protect public health.”

The agency stated that the “timing” of its “vaccine confidence efforts” was intended to align “with increasing availability of vaccines,” and that information produced by the HHS via the media would assure Americans of the “safety and effectiveness” of the experimental jabs, which have been linked to hundreds of thousands of adverse events and tens of thousands of deaths.

The information regarding the federal government’s moves to sway public opinion regarding the shots through targeted media advertisements contributes to skepticism about the legacy media’s reporting with regard to the COVID-19 jabs.

Cable news networks and mainstream newspapers have routinely promoted the experimental injections in alignment with statements from federal agencies and major pharmaceutical companies, and have actively published pieces discrediting physicians and researchers who bucked the narrative, accusing them of spreading “misinformation.”

Over the past two years, mainstream media outlets have shot down suggestions that the coronavirus had come from a lab in Wuhan, China, asserted that the vaccines were far more effective than real-world data proved them to be, and waved away concerns about the effect of mandated masking for children.

A recent shift in messaging by mainstream media outlets pivoting away from mandates, giving credence to the lab-leak theory, and acknowledging the harms of forced masking have aligned with steadily dropping poll numbers for Democrat leaders who have employed heavy-handed COVID policies.

Meanwhile, the Biden administration’s dealings with mainstream media companies do not appear to have run afoul of any laws or procedures.

The Blaze reported that the HHS is authorized under federal law ”to act through the U.S. Centers for Disease Control and Prevention and other agencies to award contracts to public and private entities” in order to “carry out a national, evidence-based campaign to increase awareness and knowledge of the safety and effectiveness of vaccines for the prevention and control of diseases, combat misinformation about vaccines, and disseminate scientific and evidence-based vaccine-related information, with the goal of increasing rates of vaccination across all ages … to reduce and eliminate vaccine-preventable diseases.”

The Blaze noted that to date the “HHS has not yet revealed how much advertising money was spent on each media platform.”