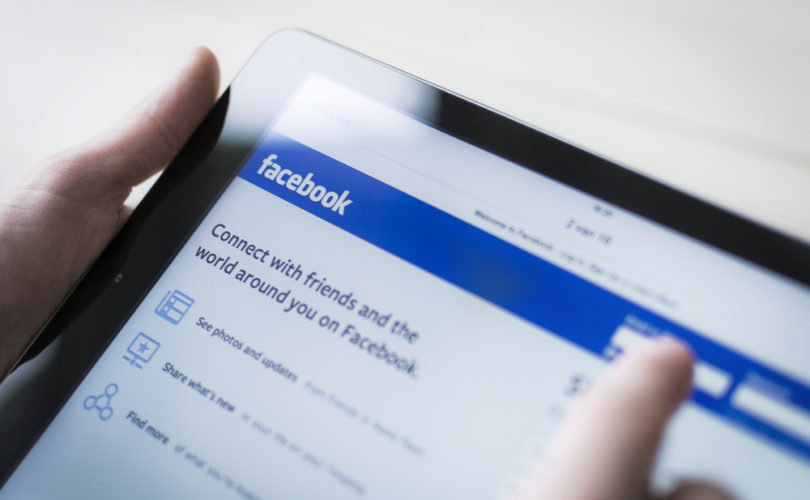 In cases the companies have reversed, they typically blame the initial decision either on isolated human errors or unintentional side effects of their content prioritization algorithms. Conservatives are skeptical of such excuses, however, with the Media Matters memo seemingly reinforcing suspicions of political intent.

“The recent wave of censorship of conservative voices on the internet by tech giants Facebook, Twitter, YouTube and Apple mirrors a plan concocted by a coalition of George Soros-funded, progressive groups to take back power in Washington from President Trump’s administration,” WND’s Art Moore writes.

Originally obtained by the Washington Free Beacon in January 2017, the confidential memo was written by Media Matters founder David Brock for a meeting with 100 left-wing donors at Turnberry Isle Resort in Aventura, Florida. It outlines a four-year plan to defeat President Donald Trump and the Republican Party using a variety of organizations attacking on a number of fronts.

The plan identifies a “next generation conservative news infrastructure” that conservatives “effectively weaponized through social media and affiliated sites during the 2016 presidential campaign” as the problem Media Matters “is ready to stop.”

The memo reveals that the left-wing organization, which is heavily backed by far-left financier George Soros, plans to do so by, among other things, ensuring that social media platforms can “no longer uncritically and without consequence host and enrich fake news sites and propagandists.”

The document openly admits Media Matters aims to pressure Facebook to “adjust its model to stem the flow of damaging fake news on its platform's pages,” and Google to “cut off these pages' accompany ing sites' access to revenue by pulling their access to Google's ad platform.”

Revealing that Media Matters “has already secured access to raw data from Facebook, Twitter, and other social media sites,” the memo details its plans to develop “predictive technology” capable of analyzing users’ posting and interaction patterns to “identify which individuals and outlets are the most destructive forces” so platforms can “quash” content from those individuals earlier.

The memo depicts tech companies as willing participants in such plans, writing that Media Matters “began a dialogue” with Facebook after it “agree(d) to do something” about so-called “fake news,” and that Media Matters helped Google “identify 40 of the worst fake news sites” when the internet giant “revised their terms of service in order to prohibit so-called fake news sites from using their advertising network.”

“Media Matters will serve as (social media companies’) partner,” the memo declared. “By applying our expertise-driven technologies and enhanced credibility, we will earn and maintain our seat at the table and improve the structures of the media landscape.”

It was already public knowledge that most leading social media platforms and technology companies have partnerships with left-wing organizations such as the Southern Poverty Law Center (SPLC), Anti-Defamation League (ADL), Snopes, and PolitiFact to provide supposedly-impartial advice on “fact-checking” and policing “hate speech.”

“What we are seeing in Big Tech is the inherent totalitarian impulse of the Left come into full focus,” Moore quoted Trump 2020 campaign manager Brad Parscale as saying.

To defuse such complaints, Facebook announced in May that it would be commissioning an internal review to root out any political bias. Between the involvement of Obama Attorney General Eric Holder’s law firm and the continuation of censorship incidents since then, however, conservatives doubt it will resolve the problem.

President Trump declared Saturday that “too many voices are being destroyed” by social media platforms and leading tech companies, and vowed that “speaking loudly and clearly for the Trump administration, we won’t let that happen.”

Conservatives are divided on whether the federal government should intervene, though several have suggested Congress should at least repeal social media companies’ special immunity from liability for content they allow on their platforms. That immunity is predicated on platforms being truly neutral and open, rather than exercising personal judgment over what’s fit to publish.