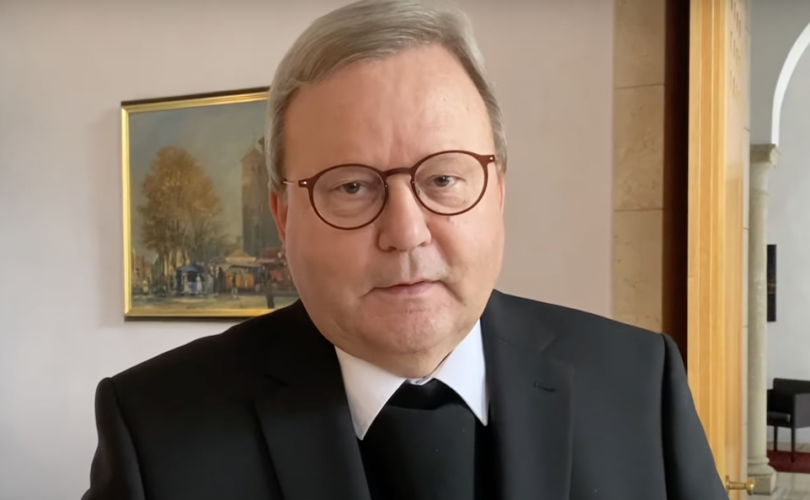 OSNABRÜCK, Germany (LifeSiteNews) – Historians and lawyers presented a 600-page interim report on the abuse cases that happened in the German diocese of Osnabrück on Tuesday. The report accuses the current vice president of the German Bishops Conference (DBK) of appointing abusive priests “even those whose dangerousness could hardly be doubted.”

[…] in the first decades of his term in office, individuals who have been accused [of abuse] on several occasions, even those whose dangerousness could hardly be doubted, were left in their offices or appointed to offices that made further opportunities for committing crimes possible, e.g. as […] parish administrator or even entrusted with leadership tasks in pastoral care for young people.

The interim report contains “case studies of 15 priests and one deacon accused of perpetrating sexual violence against minors or those in need of protection. It shows how diocesan leaders acted when they became aware of the allegations. It traces what information diocesan leaders had and what actions they took based on that information.”

Speaking about one of the abuse cases, the report says:

[…] Bishop Bode should have insisted that decisive action be taken against the suspect in order to put an immediate and certain end to his actions towards children and adolescents. In particular, the suspect should have been immediately prohibited from receiving children and adolescents in his private apartment or from being alone with them in a closed room; and of course, from offering them alcohol. Compliance with such a prohibition should have been monitored by appropriate measures.

Furthermore, the interim report comments on the lack of help for abuse victims since the cases became public in 2010:

Bishop Bode’s gesture, outstanding among German bishops, of laying down on the ground in 2010 and asking the affected for forgiveness, was accompanied by a promise to fully exhaust aid to victims. However, this was not implemented in his diocese’s administrative practice toward those affected.

Reacting to the interim report Bode said, “I had wanted this interim report so that the truth would come to light as quickly as possible. Now, of course, I am very concerned with how blind we have actually been, and how I have been blind to the suffering and perspectives of those affected.”

Bode has been in high-level positions in the Catholic Church in Germany for many years. He became Bishop of Osnabrück in 1995 and the following year took on important tasks in the DBK. From 1996-2010, he was chairman of the DBK Youth Commission, colloquially known as the “youth bishop.” He then became chairman of the DBK Pastoral Commission and its sub-commission “Women in Church and Society.”

— Article continues below Petition —
PETITION: We won't give any money to liberal bishops who attack the Faith
Show Petition Text
11538 have signed the petition.
Let's get to 12500!
Thank you for signing this petition!
Add your signature:
Show Petition Text

The final results of the abuse study for the Osnabrück diocese are to be presented to the public in September 2024.