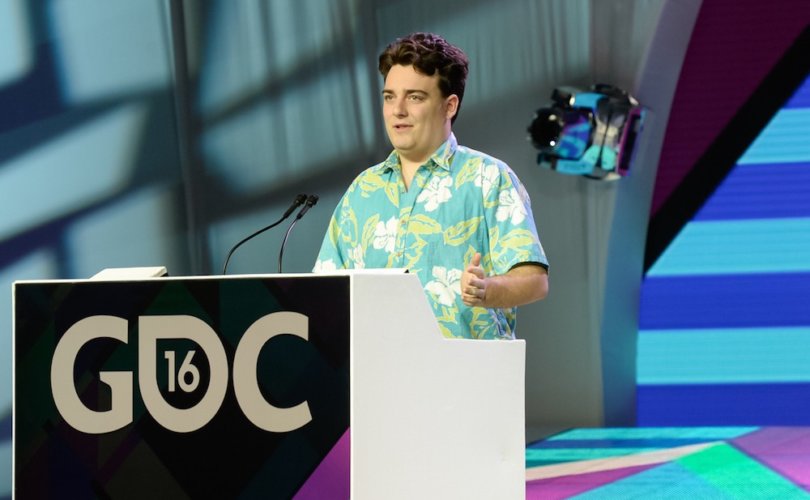 November 13, 2018 (LifeSiteNews) – Tech entrepreneur Palmer Luckey’s departure from Facebook has been a source of speculation since early 2017, and now a new report seemingly backs suspicions that he was ousted for dissenting from the company’s left-wing political culture.

The 26-year-old Luckey is the designer of the Oculus Rift virtual-reality gaming headset and one of Forbes’ richest U.S. entrepreneurs below age 40. He has credited President Donald Trump’s book The Art of the Deal as an early career inspiration, and wrote to him in 2011 to urge him to run for president. After the election, Luckey donated $100,000 to Trump’s inaugural committee.

In September 2016, it was reported that Luckey financially supported Nimble America, a group that took credit for various content critical of failed 2016 Democrat candidate Hillary Clinton. Luckey responded at the time with a Facebook statement apologizing for the impact his actions had on his colleagues and claiming he was voting for Libertarian presidential candidate Gary Johnson instead of Clinton or Trump.

He left Facebook the following March. The social media giant denied his politics had anything to do with his departure, with founder Mark Zuckerberg claiming as much when testifying before Congress, but the Wall Street Journal (WSJ) reports it has uncovered emails and spoken with insiders indicating the opposite.

“Internal Facebook emails suggest the matter was discussed at the highest levels of the company,” WSJ’s Keach Hagey reports. “In the fall of 2016, as unhappiness over the donation simmered, Facebook executives including Mr. Zuckerberg pressured Mr. Luckey to publicly voice support for libertarian candidate Gary Johnson.”

The extent of Luckey’s involvement with Nimble America, as well as pro-Trump and anti-Hillary Reddit posts attributed to him, were reportedly a source of recurring anger among Facebook employees, from internal message boards to at least one weekly town hall meeting.

“Multiple women have literally teared up in front of me in the last few days” over Luckey’s continued presence at the company, engineering director Srinivas Narayanan claimed after the meeting.

In fact, Facebook executives not only pressured Luckey to write the apology post but dictated his contents, according to WSJ’s sources. “I need to tell you that Mark [Zuckerberg] himself drafted this and details are critical,” Facebook Deputy General Counsel Paul Grewal told a lawyer for Luckey in an email with an early draft of the statement, which “went through many drafts.”

WSJ adds that Luckey did ultimately vote for Johnson instead of Trump, albeit “only to avoid having his credibility questioned if he was asked about the issue under oath in unrelated litigation.” Clinton won almost 62 percent of the vote in California, meaning Luckey’s vote couldn’t have changed the outcome anyway.

Facebook initially put Luckey on leave before firing him, after which he hired an employment lawyer to argue that Facebook had violated state law by punishing his political activity and pressuring him to publicly back Johnson. They ultimately negotiated a $100 million payout for his departure.

In statements to WSJ, Facebook continues to maintain “unequivocally that Palmer’s departure was not due to his political views.” It did admit to playing a role in the drafting of his apology statement, but claims “any mention of politics was entirely up to him.”

After leaving the company, Luckey doubled down on conservative activity, donating to Republicans such as Texas Sen. Ted Cruz in the 2018 midterms. He has also opened up a bit about the experience.

“I can't talk about it too much, but I'll say that it wasn't my choice to leave,” Luckey told CNBC last month. Appearing on WSJ’s Tech D. Live stage Monday, he declined to specifically discuss his support for Trump, but did reiterate what many have said about groupthink in Silicon Valley.

“There are a lot more people who know if they talk about these things, it could cause problems for them,” he said, adding that conservatives privately admit to not donating to their candidates because “I care more about the thing that I’m working on than that whole politics game.”

As the world’s largest social media platform, Facebook is at the heart of several ongoing scandals for allegedly censoring and discriminating against conservative, pro-life, and pro-family publishers and content.