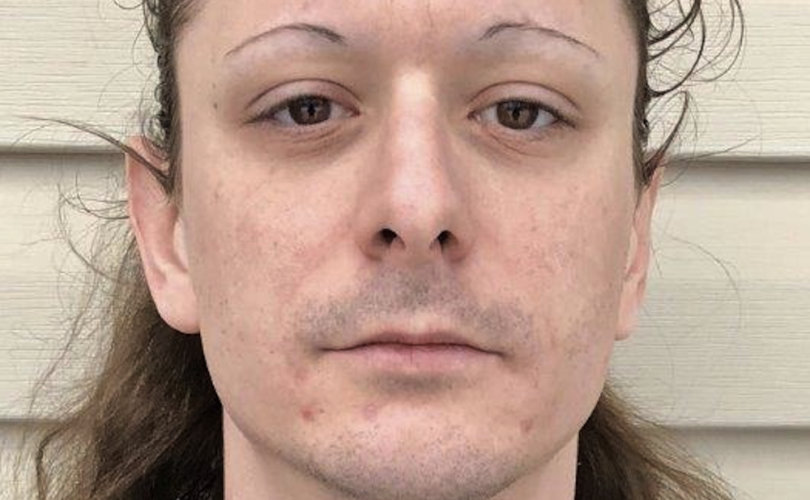 In March, the Hudson Valley Post reported that Stephen A. “Steph” Ricciardi, a transgendered “woman” convicted of sexually assaulting a 13-year-old boy and 14-year-old girl in 2006, had moved to Scott Drive in the town of Wappinger.

Ricciardi is classified as a Level-3 offender with the “highest risk of a repeat offense,” making it even more alarming that the gender-confused man had moved within three miles of six elementary, junior high, and high schools. Yet his new neighbors were the ones to be penalized.

Acting on a Facebook notification of Ricciardi’s arrival by the Dutchess County Sheriff’s Department, local mother Stephanie Hess took to Facebook to warn neighbors about what she dubbed a “pedotranny,” Dangerous reported. “I have two kids myself and hate that this ‘person’ is in our vicinity,” she said.

The post spread among concerned neighbors and relatives, but the seemingly-original term “pedotranny” was enough to get Facebook to step in. Hess says the company deleted her post and issued a warning. She re-posted it and was hit with a suspension.

“I think this is ridiculous, as I was not attacking, I was stating facts,” Hess told Dangerous. “This guy is a pedophile and a tranny. That Facebook would shut me down in defense of a known and registered child molester is infuriating!”

“This has now spread to friends and family. We have now had myself, my sister-in-law, her brother, my friend, and anyone who has posted about this being blocked, warned, or suspended for using the term ‘pedotranny,’ specifically in response to this sex offender,” Nicole Daletto, Hess’ sister-in-law, added.

Dangerous reporter Pawl Bazile speculated that the social media giant had either concluded that the offending word associated pedophiles with transgenders, or that the word “tranny” was derogatory. But members of the community say “pedotranny” was merely a succinct way of conveying whom to watch out for.

“The sheriff’s department thought it was important for us to know; therefore, so did I, as this person may appear as a male or female while looking to sexually assault our children,” Daletto said. A father in the area added that he “knew exactly what it meant” despite never seeing the word before.

“The larger issue is Facebook can never seem to ‘see the forest for the trees,'” an anonymous resident argued to Dangerous. “They would rather disable accounts for the use of a word instead of understanding the hurt feelings of a pedophile may need to take a backseat to the outrage of a concerned community of parents.”

Residents told the website that Ricciardi has yet to be seen in the area, though they remain vigilant. “It’s not like I have a daily reason to write ‘pedotranny’ on my wall, so this will likely be the end of it,” Hess speculated.

For more than a year, Facebook’s inconsistent standards for censoring content have been a topic of concern among Christian, conservative, and pro-family users. Critics have highlighted cases of the social media giant improperly blocking conservative content as well as studies showing that changes to its News Feed have disproportionately harmed conservative publishers.

At the same time, Facebook has approved Planned Parenthood ads telling teenagers “sex is hot,” as well as pro-homosexual content such as a Canadian Broadcasting Corporation video in which media personality Jessi Cruickshank talks to young children about how a movie nude scene “made me question my sexuality.” Facebook suspended New Testament professor Dr. Robert A.J. Gagnon for criticizing the video.