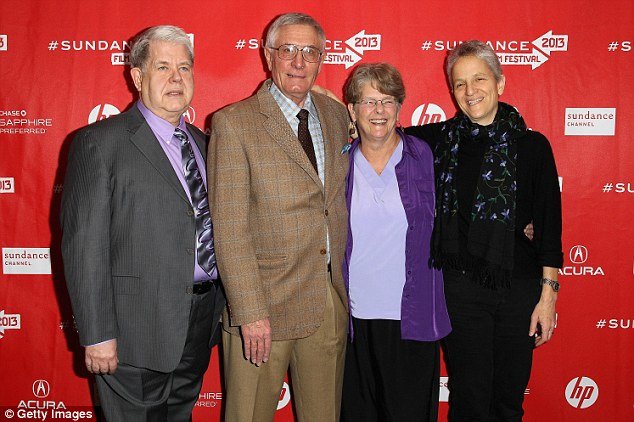 Late-term abortionists LeRoy Carhart, Warren Hern, Susan Robinson, and Shelley Sella at the premier of After Tiller at the 2013 Sundance Film Festival.

January 11, 2018 (Operation Rescue) – As an imploding abortion industry struggles to remain solvent amid a falling demand for abortions, there have been significant shifts in how abortions are being done and how late into pregnancy abortion clinics are willing to do them, according to new information gathered during Operation Rescue's 2018 Abortion Clinic Survey.

Each year, Operation Rescue conducts a nationwide survey that involves contacting each abortion business in the U.S. Information gathered about the abortion clinics and their practices represents the most accurate data available. The most recent survey was conducted from November 26 through December 14, 2018.

The survey also collected information about the cost of the most common abortions in the first trimester and how long women must wait for an abortion appointment, both of which have revealed insights into how the business of abortion is changing.

“These trends signal a certain level of desperation among abortionists to compete for every abortion dollar possible,” said Operation Rescue President Troy Newman. “Competition is fierce, and we are seeing organizations like Planned Parenthood and other abortion businesses reorganizing to stay afloat – not all of them successfully.”

Perhaps the most significant trend shifts were related to surgical abortions.

Operation Rescue analyzed the self-imposed gestational limits of each of the 697 abortion facilities in America.

Overall, clinics that restrict abortions to the first trimester overwhelmingly outnumber those that are willing to abort in the later stages of pregnancy. This includes both surgical and medication-only abortion clinics.

Out of the 470 surgical abortion clinics, 213 limit abortions to 14 weeks (post conception) and under.

Of the 230 medical abortion facilities all confine the dispensing of abortion drugs to the current FDA-approved limit of 10 weeks gestation or under. None go beyond 10 weeks.

There are 121 clinics willing to venture into the riskier world of early second-trimester surgical abortions, yet will not go beyond the end of 19 weeks.

Abortions done at 20 weeks or later gestation are riskier, rarer, and much more expensive. Nevertheless, there are 133 abortion clinics that conduct abortions this late into pregnancy.

This could be an indication that Planned Parenthood is attempting to expand into the expensive late-term abortion business where an abortion can cost several thousand dollars. There would certainly be a profit motive for such an expansion, especially in a time when more states are blocking Planned Parenthood's public funding and a federal rule change will prevent them from receiving millions of tax dollars in Title X family planning grants this spring.

Ironically, despite evidence to the contrary, none of the late-term clinics admitted to doing abortions past 28 weeks, except for the Boulder Abortion Clinic, owned and operated by Warren Hern in Boulder, Colorado. His facility told an Operation Rescue investigator, “We go as high as needed.”

The number of abortion facilities that are publicly known to conduct abortions throughout all nine months of pregnancy have changed very little since 2009. None of them is a Planned Parenthood affiliate. They include:

For at least the fourth consecutive year, the national average cost of a first-trimester abortion has increased. In 2018, the average cost was $598. That is 3.5 percent higher than in 2015.

Costs vary by the type of abortion and the kind of facility conducting the abortion.

The same abortion drugs were actually higher at facilities that only offer abortion drugs. The average cost at those clinics was $596.72.

In fact, the average cost of an abortion at a medication abortion facility has risen higher and faster than abortion-inducing drugs obtained at facilities that also offer surgical abortions. This is despite lower overhead costs and the fact that they tend to be less regulated in many states. In California, for example, abortion drugs can be prescribed by non-physicians, including physician assistants, nurse practitioners, and midwives, who commonly earn less than licensed physicians.

In spite of claims from the Abortion Cartel that women must endure long waits to obtain abortions and dire predictions that pro-life legislation would result in increased wait times, survey results show that the opposite is actually true.

“Our data debunks the claims of the Abortion Cartel, who love fear-mongering over pro-life legislation without any factual basis for their angst,” said Operation Rescue President Troy Newman. “While we would prefer to see average abortion wait times increase, our data clearly shows the hysteria over how long women wait to receive abortion is completely fallacious and is wrongly being used to oppose life-saving legislation around the country.”

This could be the result of a dropping demand for the unpopular and expensive late-term abortion procedures. Pro-life efforts to expose these gruesome abortions and their high risk factors, along with a public political dialogue about abortion appear to have influenced this trend.

The price of an abortion continues to rise. Abortion clinics are struggling to meet new state laws, keep abortionists on staff, and cope with an overall decrease in demand for abortions. It is likely that abortion businesses are attempting to offset their losses by passing price increases on to their customers.

With brisk competition for every abortion dollar, clinics appear particularly motivated to get women in for abortions as soon as they possibly can to reduce the chances women might change their minds or go elsewhere. This is reflected in the lower average wait time for abortion.

“I am very pleased with the results of the 2018 survey. It shows overall that abortion clinics are closing faster than they are opening and that efforts to counter that trend by the Abortion Cartel have not been successful,” said Newman. “When abortion clinics close, lives are saved. We can take heart in knowing that the days of child-killing through abortion in this country are numbered.”