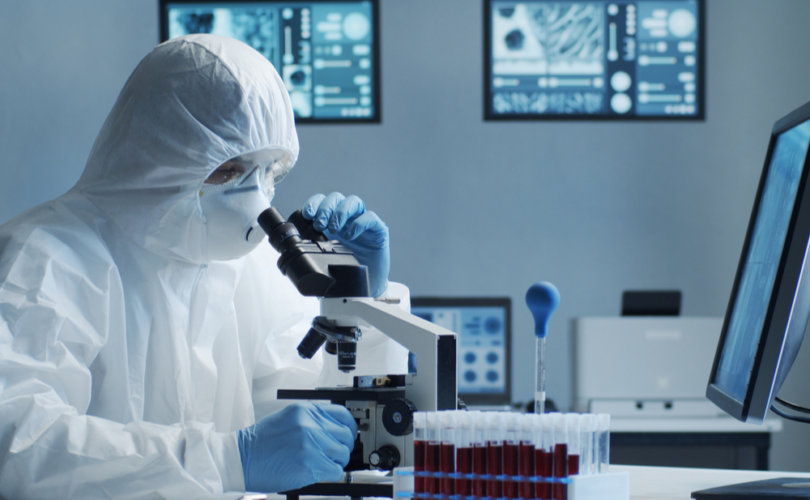 February 4, 2021 (LifeSiteNews) — In a multi-part report released over the last two weeks, Fox News’ Steve Hilton, host of The Next Revolution, ties together stunning evidence of the U.S. government’s and Dr. Anthony Fauci’s potential roles in the origin of the COVID-19 pandemic.

Hilton’s investigation centers on U.S. government funding of a kind of virus manipulation research, known as gain-of-function, conducted in a Chinese lab believed to be the source of COVID-19. Fauci, the pro-abortion head of the White House Coronavirus Task Force in the Trump and Biden administrations who was criticized for his draconian, erratic COVID-19 advice, ironically played a key role in the research.

The unique structure of COVID-19, which first cropped up in Wuhan, likely points to effects of the same virus-engineering research funded by U.S. taxpayers and authorized by Fauci, the Fox News host explained.

Though many in the media and the scientific community have claimed to “debunk” the theory that COVID-19 leaked from a lab, experimental, gain-of-function virus research pushed by Fauci may offer evidence of a man-made pandemic.

Gain-of-function research relies on manipulating animal pathogens in a lab to make them more transmissible to humans, purportedly to study their pandemic potential.

“Despite the controversy surrounding this type of research,” Hilton said in the first installment of his investigation, “it always had one steadfast champion, a leading figure in the world of infectious diseases, Anthony Fauci.”

In 2011, Fauci notably defended the work in the Washington Post as “a risk a worth taking,” after more than 200 scientists called for a halt of gain-of-function trials with ferret viruses, citing the possibility of a deadly leak.

The White House and federal health officials temporarily banned funding or conducting gain-of-function activities in 2014, due to troubling incidents at U.S. laboratories, although Fauci’s support for the research apparently didn’t waver.

That same year, NIAID began funding a program run by a New York-based nonprofit called EcoHealth Alliance to study the transmission of bat coronaviruses to humans. The initiative, titled, “Understanding the Risk of Bat Coronavirus Emergence,” received $3.7 million in NIAID grant money, some of which went to gain-of-function activities at the Wuhan Institute of Virology.

The Wuhan lab, located at the initial epicenter of the COVID-19 pandemic, was named the “most likely” source of the virus by a U.S. intelligence report from April. At least one Chinese whistleblower backed up that assessment, as have British intelligence agents, according to Steve Hilton.

Leaked U.S. diplomatic cables from 2018 had warned of a “serious shortage of appropriately trained technicians and investigators needed to safely operate” in the Wuhan institute. Even the Chinese state-run media outlet Global Times admitted last year that laboratory mismanagement in the country is far from uncommon.

In July 2014, as part of the larger bat virus study program, the NIAID committed more than $1.2 million to two projects involving Wuhan lab director Shi Zhengli and other Wuhan researchers.

— Article continues below Petition —
PETITION: No to mandatory vaccination for the coronavirus
Show Petition Text
1082041 have signed the petition.
Let's get to 1100000!
Thank you for signing this petition!
Add your signature:
Show Petition Text

Hilton has claimed that thirteen studies credited to Zhengli, including a “progress report” on gain-of-function trials, originally were available on the results page for the program, but that the progress report has been removed. Only eleven studies co-authored by Zhengli remain up.

The first of the two NIAID projects, with a budget of more than $666,000, focused on the surveillance of wild viruses of Chinese bats. It sought to

Two months after the project ended in May 2019, NIAID granted $661,000 for a second venture involving the Wuhan lab, with even greater emphasis on virus manipulation.

“We will use S protein sequence data, infectious clone technology, in vitro and in vivo infection experiments and analysis of receptor binding to test the hypothesis that % divergence thresholds in S protein sequences predict spillover potential,” the project description reads.

“Spillover potential” denotes the ability of a wild virus to spread from animals to humans. Richard Ebright, a Rutgers University biologist cited in a Newsweek report on the NIAID bat virus program, said that the abstract “refers to experiments that would enhance the ability of bat coronavirus to infect human cells and laboratory animals using techniques of genetic engineering.”

According to Steve Hilton and multiple other virologic experts, spillover from genetically-enhanced versions of the very viruses studied at the Wuhan lab may well have resulted in the current pandemic crisis.

Hilton noted that around the start date of the NIAID study program, Shi Zhengli and her colleagues catalogued dozens of bat coronaviruses from a cave in China’s Yunnan Province. The researchers ostensibly sought to uncover the origin of the 2002 SARS virus.

In another study released days earlier, Wuhan lab scientists said that COVID-19 also matched a pathogen known as RaTG13. The Wuhan institute had submitted the genetic sequence for the virus for the first time in January 2020.

“If you run that sequence through GenBank, a kind of a genetic database, there’s exactly one 100% match: BtCoV/4991,” Hilton said. “When they revealed that, why did they change the name [of the virus]?” he asked.

Rosanna Segreto and Yuri Deigin, a pair of international scientists, arrived at similar findings in a paper from November. Segreto and Deigin also explained that the small, but crucial, differences separating COVID-19 from the two identical wild viruses allow the novel coronavirus to transmit to humans with unnatural efficacy.

Reflecting a growing consensus among scientists, the two experts said that the particular structure of COVID-19 may well come from “lab manipulation techniques such as site‐directed mutagenesis.”

“The acquisition of both unique features by SARS‐CoV‐2 more or less simultaneously is less likely to be natural or caused only by cell/animal serial passage,” they wrote.

“The Wuhan institute knew that the natural bat virus could infect humans, cause SARS-like illness, and didn’t transmit well. It was the perfect match for the NIAID grant asking them to explore emergence potential,” Steve Hilton said. “All they needed to do was use the tools of viral gain-of-function research explicitly detailed in the grant.”

“They analyzed bat coronaviruses and sequenced their genetic information. They then built various chimeras, genetically engineered new viruses, man-made in the lab. They infected human cells with them in the lab,” Hilton continued.

“Were they doing all that with the virus they found in the mine, the virus that caused the SARS-like illness? The match between that virus and the work commissioned by the NIAID is so perfect, it’s impossible to believe they weren’t,” he said.

“This week President Biden made Dr. Fauci his chief medical advisor with an enhanced role,” Hilton said late last month. “In the light of the documents and the evidence we presented tonight, that role is completely untenable. Fauci must step aside until we get to the bottom of this in creating, unintentionally of course, the catastrophic global pandemic

The NIH responded to Hilton’s request for comment, disputing his report, but referring to a project other than the one that he investigated, Hilton said. The Fox News host slammed the response as “totally deceptive.”