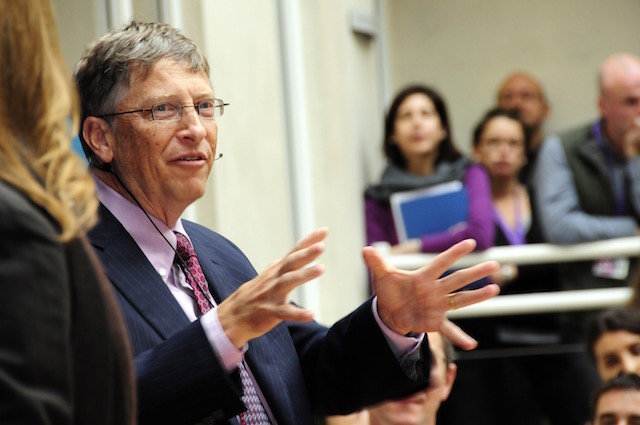 NEW YORK CITY, November 17, 2015 (LifeSiteNews) – Among the world's poorest citizens, 290.6 million women and girls have been “educated” into using contraceptives, including dangerous chemicals and abortifacients.

The population control group Family Planning 2020 (FP2020) released a report saying its global efforts have increased contraceptive use by 24.4 million since 2012.

As of 2012, in South Asia, contraceptives are up 47 percent, they are up 22 percent in eastern and southern Africa, the FP2020 report boasted. Zambia, India, Pakistan, and the Philippines made similar marked increases in birth control use.

In Kenya, 58 percent of married women use birth control, up from 46 percent in 2009. Most of the increase in Kenyan wives' birth control use is by community-based distribution of dangerous injectable drugs and abortifacient implants, prompting one Kenyan bishop to call the FP2020 global contraceptive effort “dehumanizing and insulting.”

Organized and funded in 2012 by The Bill and Melinda Gates Foundation, Family Planning 2020 seeks to expand contraceptive and “reproductive health” services for 120 million of the world's poor women by 2020.

The reported increase of 24 million women on birth control is far short of the pro-abortion organization's original goal of 120 million more women using birth control in 69 “focus” countries by 2020.

“This is actually a kind of 'lowering expectations' article for supporters of FP2020, as it notes how far behind the project is in its goal to get 120 million poor women on dangerous hormonal contraceptives within eight years,” noted Stephen Phelan, director of mission communications, Human Life International. “This fact is hidden behind the probably true claim that there are more women on these drugs than ever before, which to the informed listener is alarming, not comforting.”

Bill Gates, who is Catholic, claims that the desire of mothers to give their children “every good thing” can be fulfilled only when access to contraceptives is universal.

“The Bill and Melinda Gates Foundation – which launched FP2020 and built the massive multibillion-dollar coalition of pharmaceutical companies, abortion, and contraception businesses, and 'aid' agencies that have signed onto it – thinks that there are too many people in the world, and that drugs like Depo-Provera are the key to 'sustainable development' and economic progress,” Phelan told LifeSiteNews.

“The thinking goes that if they can just stop poor women of color from having kids, wealth and prosperity will naturally follow,” Phelan reasoned. “Of the many, many problems with this corrupt strategy, perhaps most obvious is that the hormonal methods that are given to these women in Africa have very serious risks – risks that African women do not hear about.”

“The big push is to reach a goal set by billionaires in the Northern Hemisphere, and those on the ground who implement the campaign routinely deny the recipients informed consent and do not do medical background checks or physical exams,” Phelan explained.

“We have seen many times that women on these methods don't know how to respond to the side effects and have no recourse when things go badly. They are then charged a huge amount of money to get treatment for a method they were given for free.”

Phelan concluded, “It is unjust in the extreme, and it is a disgrace that so many who claim to want the best for women's health are not looking more closely at how this reckless campaign actually works on the ground.”

CNS commented that once again, “[c]oncerns about overpopulation lead to efforts to limit the fertility of those deemed 'undesirable.' Planned Parenthood founder Margaret Sanger pushed contraception on African-American communities to limit their growth. Likewise, the Gates Foundation sees contraception as way to limit the population of the impoverished people of Africa and Asia.”

“There is perhaps no other campaign in the world today that so completely rejects Pope Francis's call in 'Laudato Si' to not pit development and fertility against one another,” Phelan critiqued. “FP2020 is the very epitome of the 'ideological colonization' that the Holy Father has rejected time and again.”

Up to 2013, The Bill and Melinda Gates Foundation provided $71 million to Planned Parenthood and other abortion businesses, but in 2014, Melinda Gates stated that the foundation “has decided not to fund abortion.” In a blog post, Melinda said she “struggle[s] with the issue.”