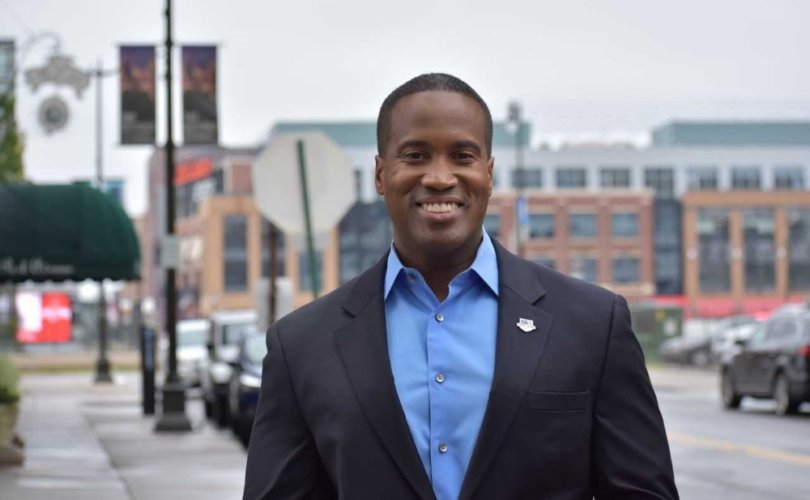 “Man, if he beats her…” Battel worried, not realizing she hadn’t actually hung up her phone.

“That would SUCK!” a deeper voice, presumably still Battel’s or else a colleague’s, says.

The newspaper’s editor Kate Hessling apologized to James “and to the public” and announced Battel had been fired.

James, a political outsider, has gained on Stabenow in recent days. President Trump has endorsed him, and polls indicate independents prefer James to pro-abortion Stabenow.

“Rarely have I seen a candidate with such great potential,” Trump tweeted of James on July 27. Trump advisor Kellyanne Conway campaigned for James earlier this week.

James ruffled leftist feathers after he mentioned to a group of Christian business leaders the obvious but politically incorrect truth that women prefer strong, not weak, men.

“Men, we have a charge to lead and we are failing in that because we are afraid to hurt someone’s feelings,” James said. “The fact of the matter is women who want men who’ve been tested. And boys need to be tested. And we are those examples. And so this falls solidly on our shoulders to ensure that we are the Christian business leaders and the men that we must have in order to make sure that subsequent generations have the blessings that we have today.”

Michigan voted for Trump in 2016, a surprise to many in the mainstream media and political establishment.