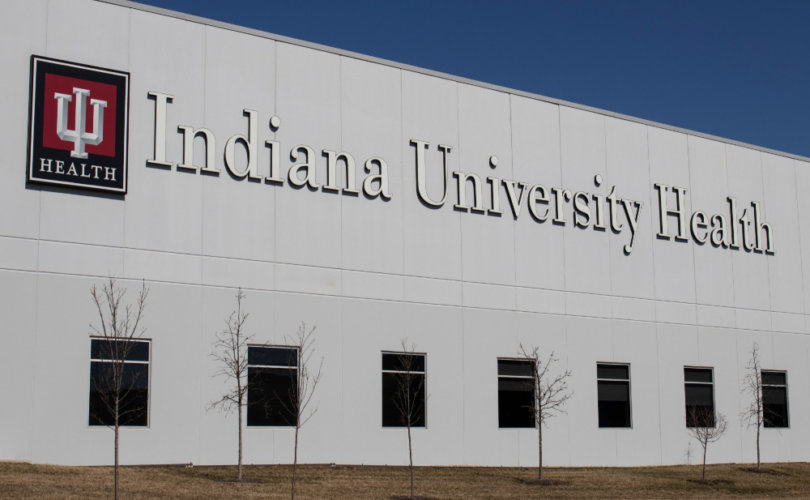 INDIANAPOLIS (LifeSiteNews) –– The media quickly jumped on a story about a 10-year-old girl in Ohio who was allegedly denied an abortion due to enforcement of the state’s heartbeat law and then traveled to Indiana to abort her baby.

In less than a week since the short story appeared in the Indy Star, hundreds of news outlets picked it up, and a CNN host even asked South Dakota Gov. Kristi Noem about it. A CNN host had a few days prior specifically asked Students for Life of America president Kristan Hawkins about whether a “12-year-old could be raped and still be forced to carry that baby to term.”

But is the story true, and if so, has the rape of the girl been reported to law enforcement?

South Dakota Gov. Kristi Noem: “What’s incredible is that nobody is talking about the pervert, horrible and deranged individual that raped a 10-year-old. What are we doing about that?” pic.twitter.com/rr7gyW6p3R

“On Monday [June 27], three days after the Supreme Court issued its groundbreaking decision to overturn Roe v. Wade, Dr. Caitlin Bernard, an Indianapolis obstetrician-gynecologist, took a call from a colleague, a child abuse doctor in Ohio,” the Indy Star reported July 1. “Hours after the Supreme Court action, the Buckeye state had outlawed any abortion after six weeks. Now this doctor had a 10-year-old patient in the office who was six weeks and three days pregnant.”

Bernard, the paper reported, helped the girl abort her baby in Indiana. The story is sparse on details — both the original and a second copy posted the following day.

Bernard declined to comment when asked for further information by LifeSiteNews on Thursday.

“Thank you for reaching out. I’m sorry, but I don’t have any information to share,” Bernard, an abortionist and doctor at Indiana University Health, stated in an email.

LifeSiteNews asked if she had reported the rape of the 10-year-old girl to law enforcement and specifically which agency. LifeSiteNews also asked how the girl traveled from Ohio to Indiana and if she had been in contact with a parent or guardian for the girl.

It is not certain if Dellinger is the doctor in question. However, she is an abortionist and family medicine doctor at Women’s Med in Dayton, Ohio. Dellinger is also a physician with IU Health, which would qualify her as a “colleague” of Bernard. It seems safe to assume that a family medicine doctor would have specific training in child abuse and could accurately be referred to as one.

The Indy Star article listed the Dayton abortion facility as one location that is sending women to Indianapolis for abortion. Its article discussed other abortion facilities that committed abortions on women from surrounding states with bans in place.

A similar dynamic is at play at Women’s Med, a medical center that performs abortions in Indianapolis that has a sister center in Dayton, Ohio. In the past week, they have doubled the number of patients they treat for a complete procedure, accepting many referrals from their Ohio counterpart.

More than 100 patients in Dayton had to be scheduled at the Indianapolis facility, a representative for Women’s Med, wrote in an email to IndyStar.

“The two centers are working together to route patients to Indianapolis for a termination after a pre-op appointment in Dayton,” the paper reported further.

An IU health spokeswoman declined to answer questions on behalf of Dellinger. LifeSiteNews asked if Dellinger indeed is the “colleague” who made the referral and how the girl was able to travel to Indiana.

“I’m sorry, but we don’t have any information to share,” public relations manager Lisa Tellus wrote in an email on Thursday.

“Abortion is still legal in Indiana at this time,” the website for Women’s Med stated. Under Ohio law, medical professionals must report suspected abuse. Indiana also has a mandatory child abuse reporting law.

Montgomery County, where the Dayton abortion facility is located, does not have any record of a pregnant 10-year-old girl.

Emails were also sent on Thursday to Hamilton County, Ohio, which has an abortion facility and borders Indiana, and to the city of Kettering. Kettering is the actual city location of the the abortion facility, according to an email from the Dayton police. No response has been received.

A conservative and a liberal media outlet have both raised questions about the truth to the story.

Liberal Snopes reported it “had not been able to independently corroborate the abortion claim” and had not received a response from [Bernard], the abortionist who allegedly aborted a 10-year-old girl’s baby.

The story about a 10 yr old pregnant girl who had to go from Ohio to IN for an abortion gives me serious pause for a number of reasons. There are many red flags.🚩I’m going to detail them here. pic.twitter.com/1PkzmvfzRS

Megan Fox, a reporter for conservative PJ Media, also noted the lack of police involvement mentioned in the story.

She noted there was “no mention of criminal investigation, no police involvement, not even a town where this allegedly occurred.”