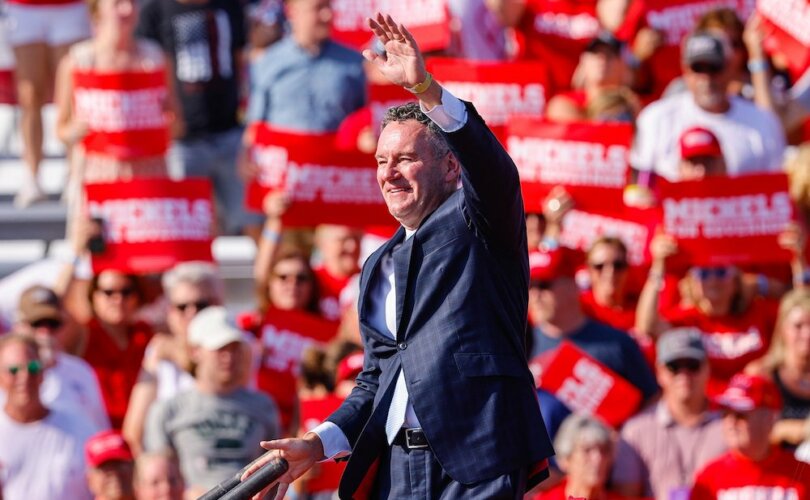 WISCONSIN (LifeSiteNews) – While many in the national Republican Party have all-but surrendered on the redefinition of civil marriage, the Republican candidate challenging Democrat Gov. Tony Evers for the governorship of Wisconsin continues to affirm the institution’s longstanding natural meaning.

Tim Michels, owner of a Wisconsin construction company and the GOP gubernatorial nominee, declared this summer that “my position that is that marriage should be between a man and a woman.” His position is a stark contrast to the default position of many current Republicans, which is to dismiss the issue as “settled” by the U.S. Supreme Court’s 2015 Obergefell v. Hodges ruling (Michels’s primary opponent, former Lt. Gov. Rebecca Kleefisch, said at the time that “she has moved on from this debate” via a spokesperson).

When asked about potential future legislation affecting so-called “gay rights,” Michels said simply that “as a businessman, what I do is I look at what’s in the legislation and it’s all about the details. So I am very hesitant to do hypotheticals on a broadly stated question like that.” Michels has also endorsed giving parents greater oversight of biased and controversial classroom materials on such subjects.

Gov. Evers, by contrast, endorses same-sex “marriage” and has pledged to codify the definition in state law in the unlikely event that the Supreme Court overturns Obergefell in the near future.

Left-wing advertisements currently flooding the Dairy State accuse Michels of having said, during his unsuccessful 2004 bid for U.S. Senate, that homosexuals should not leave their homes. But even left-wing PolitiFact acknowledges the quote is a distortion, and Michels was actually referring to the public flaunting of homosexual preference, as is often seen in “pride” parades and, more recently, LGBT proselytization in public schools and libraries.

Every American “deserves to be treated as an American,” he said at the time, “but I think when you bring it out of your house, and onto the public street, that’s where I differ. I believe in family values.”

Congressional Democrats (and some Republicans) are currently pushing the so-called “Respect for Marriage Act” (RMA), which would repeal the longstanding (but unenforced) Defense of Marriage Act (which recognized marriage as a man-woman union in federal law and protected states’ rights to do the same), federally recognize any “marriage” lawfully performed by any state, and force every state to recognize any “marriage” of any other state “between two individuals,” without regard for “the sex, race, ethnicity, or national origin of those individuals.”

Notably, states would only have to recognize one another’s same-sex “marriages,” but the federal government would have to recognize any new union a state comes up with, such as a marriage of more than two people, potentially setting up a pretext for future activists to dismantle a new “inequality.”

The RMA passed the House of Representatives in July with 47 Republicans joining every Democrat. The bill has received greater pushback in the Senate, where 10 Republicans would have to join the Democrats in order to send it to President Joe Biden for his signature. It remains to be seen whether supporters will find those 10 votes.

While Michels’s stance on marriage draws a strong contrast with most mainstream Republicans, on another major social issue he is more conventional. “I am pro-life and I make no apologies for that,” the candidate, who has endorsed Wisconsin’s pre-Roe abortion ban, said during a recent debate. But “if a bill is put before me from the legislature and it has an exception for rape and incest then I would sign that bill.”