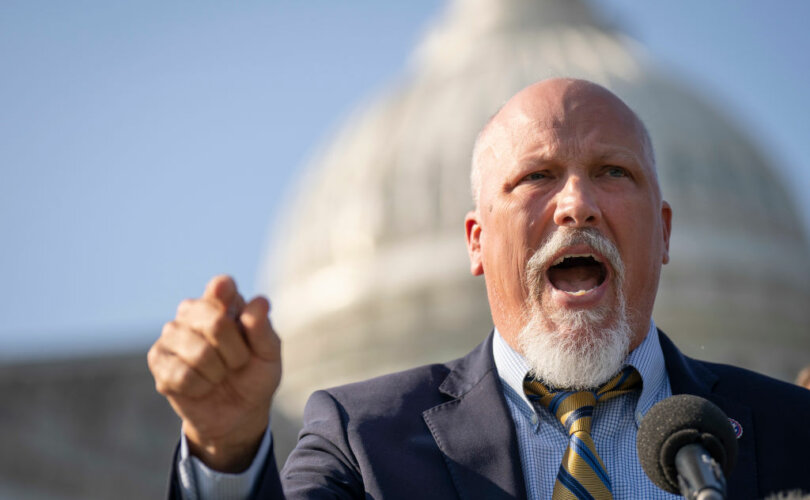 (LifeSiteNews) — Republican congressman Rep. Chip Roy of Texas introduced an amendment to Democrats’ same-sex “marriage” bill, the “Respect for Marriage Act” (RMA), in a final bid to protect religious liberty before a vote in the House next week.

The amendment mirrors a similar one proposed by Republican Sen. Mike Lee of Utah that the Senate shot down on Tuesday, the Federalist reported. Roy’s amendment bars the federal government from taking “any discriminatory action against a person” due to a sincere religious belief or moral conviction that marriage is between one man and one woman.

In an interview with the Federalist, Roy, a staunch opponent of RMA and same-sex “marriage,” warned that the current version of the bill will “fundamentally alter” the relationship between religious Americans and the government.

“The United States Senate failed to protect Americans of faith when they voted down my friend Senator Lee’s common-sense amendment to protect religious liberty. Unless amended, the so-called Respect for Marriage Act will fundamentally alter the relationship between faithful Americans and the federal government,” Roy said.

“Luckily, we have one last chance to amend this legislation when it comes back to the House; that’s why I am introducing Senator Lee’s amendment to the House Rules committee,” he added. “This amendment should be a no-brainer for every single House Republican, and every American should know whether their representative believes they should be punished for a religious belief.”

As LifeSiteNews has reported, the RMA makes the redefinition of marriage the law of the land, even in the event that the Supreme Court overturns its 2015 Obergefell v. Hodges decision that mandates legal recognition of same-sex “marriage” nationwide.

The bill repeals the Defense of Marriage Act of 1996 and requires the federal government and all 50 states to recognize homosexual “marriages” and other civil marriages between “2 individuals” lawfully performed in any state, potentially including incestuous and underage marriages.

Conservative and religious liberty organizations have also stressed that the RMA poses serious threats to religious freedom. The legislation applies to everyone “acting under color of state law” – a phrase that has been interpreted to refer to state-funded services like adoption centers – and contains a “private right of action” clause that allows anyone “harmed by a violation” to bring civil action against alleged violators “for declaratory and injunctive relief.”

The Department of Justice and state attorneys general would also be able to bring civil actions under the bill.

The Senate on Tuesday adopted an amendment to the bill that purports to protect religious liberties of nonprofits and religious institutions, but the amendment does not repeal the private action clause and has faced sharp criticism from legal experts and religious leaders for lacking meaningful protections.

The Senate nevertheless passed the RMA in a 61-35 vote on Tuesday, with 12 Republicans joining all present Democrats to give final approval to the bill.

The entire @HouseGOP should vote “no” on a bill that demonstrably exposes Americans to persecution for closely held religious beliefs, in addition to attacking marriage. #StandUpForAmerica https://t.co/RiINWUU2kA

The legislation already passed the Democrat-controlled House in July, but the amended version will have to go back to the chamber for another vote, which is expected as early as next Tuesday.

Multiple polls have shown strong disapproval of the bill among Republican voters.