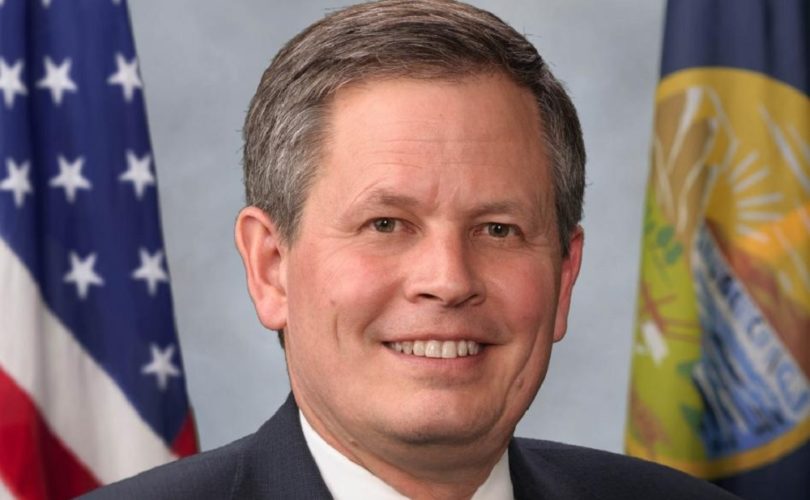 Houck pleaded not guilty yesterday to the two federal charges of violating the Freedom of Access to Clinic Entrances (FACE) Act in 2021 when he is alleged to have pushed an abortion clinic employee who was harassing his 12-year-old son. State level charges were already dismissed this summer.

The lawmakers’ letter, released on Tuesday, asks Garland to explain the “extraordinary reason for showing up at the home of an American family, allegedly with roughly 25 heavily armed federal agents, and arresting a father in front of his seven children.”

“At the moment, it appears to be an extraordinary overreach for political ends,” the letter from Congressman Chip Roy of Texas and Senator Steve Daines of Montana states. Other signers include Idaho Senators James Risch and Mike Crapo and Mike Braun of Indiana. Representative Thomas Massie (KY) and Congresswoman Mary Miller (IL) are also among the 22 signers.

“We request an explanation for the excessive level of force used by the FBI in this case, and why the power of federal law enforcement was once again used against an American citizen in what should be a state and local matter,” the letter stated. “Please issue a written letter in response by Friday, September 30th, 2022.”

Rep. Roy, @SteveDaines, and 20 of their colleagues are demanding DOJ answer for the FBI’s raid of pro-life activist Mark Houck’s home using an “excessive level of force”

“Congress owes the American people transparent accountability for any and all wrongdoing by the FBI and Garland’s DOJ. Even further, the FBI needs a complete and total overhaul and we should return primary law enforcement power to the states and to get the Bureau out of the business of politics once and for all,” Congressman Roy said in his news release.

“The FBI’s treatment of pro-life leader Mark Houck is chilling,” Sen. Daines added. “Instead of allowing for a local resolution of the dispute, the FBI nationalized the matter by using excessive force with an early morning raid at gunpoint in front of young children. The American people deserve answers.”

— Article continues below Petition —
Stand with pro-life Catholic dad of 7 raided by Joe Biden's FBI
Show Petition Text
7535 have signed the petition.
Let's get to 9000!
Thank you for signing this petition!
Add your signature:
Show Petition Text

The raid is the latest incident of a politicized Department of Justice run by Garland. Just last month the FBI conducted an unprecedented raid on former President Donald Trump’s home in Florida.

Garland also asked federal law enforcement and prosecutors to keep a close eye on parents and conservative activists who spoke out against COVID school mandates and inappropriate materials in public schools.

A senior official in the Department of Justice (DOJ) and former attorney for the ACLU also recently called Alliance Defending Freedom (ADF) a “hate group,” and told another attorney he would not want to be associated with him anymore for speaking at an event sponsored by the Christian legal nonprofit.

Eric Bruskin, assistant director of commercial litigation at the DOJ, wrote the comment on LinkedIn in response to a post from Jason Weida, who works for Governor Ron DeSantis and posted about speaking at an ADF event.