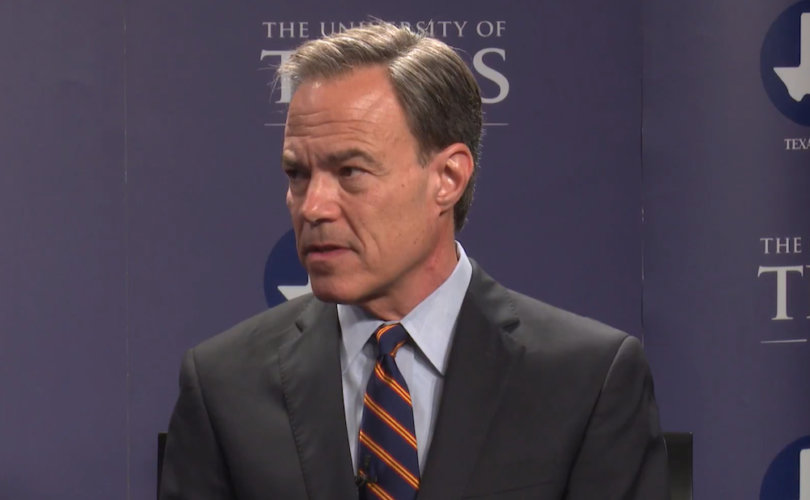 August 16, 2017 (LifeSiteNews) — The Texas Privacy Act (SB3) — designed to keep biological men out of women’s public restrooms and locker rooms in the state — likely will not become law this year.

Gov. Abbott slammed the House and Straus for not taking up his conservative agenda items and did not rule out calling a second special session.

“I’m disappointed that all 20 items that I put on the agenda did not receive the up-or-down vote that I wanted but more importantly that the constituents of these members deserved,” Abbott said in an interview with KTRH radio in Houston. “They had plenty of time to consider all of these items, and the voters of the state of Texas deserved to know where their legislators stood on these issues.”

“We came very close this session to passing a sweepingly discriminatory policy. It would have sent a very negative message around the country,” Straus said, describing the regular session in which he similarly blocked versions

“The legislature is not obligated to act upon his agenda items within the 30-day period. And the Governor would have the option to call as many 30-day sessions as he would like,” Straus said. “We’re under no obligation to pass anything.”

SB3 was easily passed out of the Texas Senate in the Special Session on July 25 but was not even called for a committee hearing in the House.

The House Republican Caucus held a meeting today to discuss the process of selecting leaders, reportedly attended by about 85 GOP members (out of 95 in the House), but it took no conclusive action. Straus is in his fifth term as Speaker.

Conservative Republicans of Texas (CRTX) launched an “Oust Straus!” campaign to replace the socially liberal House Speaker. The group is calling for a second special session, but Lt. Dan Patrick, HB 3’s principal proponent, says he is not inclined to call for one.

Republican Rep. Valerie Swanson said in a Texas Values video after the Caucus meeting that passing SB3 “is probably one of the most urgent things we need to get done, and it was a real disappointment this session that we never got to vote on that issue.”

Could Gov. Abbott have done more?

In an article on the demise of the Privacy Act, CRTX founder Steven Hotze and Andy Schlafly (son of the late Phyllis Schlafly) took Gov. Greg Abbott to task for failing to use his political capital to push HB3 through the legislature.

“Repeatedly Abbott has avoided being a leader on this issue of privacy for girls and women against predators who access their restrooms and showers by pretending to be transgendered,” the CRTX writers said. “He has left that duty with Lt. Gov. Dan Patrick. Abbott’s lack of leadership on this issue is not what conservatives thought they were electing when they supported him in his primary and general election three years ago.”

The Texas defeat can be chalked up as another major LGBTQ victory for major corporations that now work directly with homosexual and “transgender” activist groups across the nation to advance the “progressive” LGBT agenda in the name of nondiscrimination and not harming the business climate.

The Texas Association of Business, which led the corporate lobby effort against SB3 and similar bills, announced it was spending $1 million on a “radio ad campaign against legislation its leaders called discriminatory and an unnecessary distraction from real problems Texans face,” the Austin-American Statesman reported.