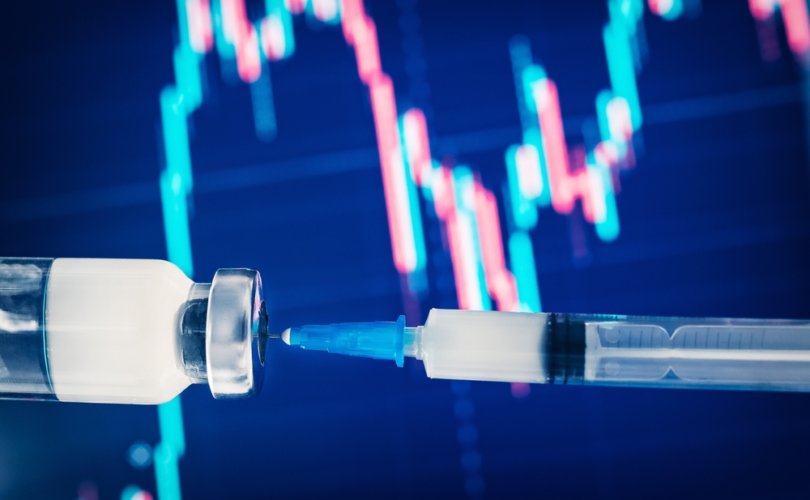 As LifeSiteNews reported last week, the Pretrial Services Agency for the District of Columbia (PSA) has published a proposal in the Federal Register for an “Employee Religious Exception Request Information System,” which would maintain “personal religious information collected in response to religious accommodation requests for religious exception from the federally mandated vaccination requirement in the context of a public health emergency or similar health and safety incident.”

Norman’s Religious Freedom Over Mandates Act declares, “No Federal funds may be used to establish, operate, maintain, or support any system of records on religious accommodations requested by, or granted to, an employee, detailed, contractor, consultant, intern, applicant, volunteer, or any other person with respect to any COVID-19 vaccination requirement.”

“The ability for individuals to openly practice their faith without fear of retribution is a precious right we must guard closely,” Norman told Fox News. “As if overreaching government vaccine mandates aren’t bad enough, it is highly inappropriate for federal dollars to be used to collect information about someone’s religious beliefs. The only way to prevent this information from being abused is to prevent its collection in the first place, and I thank Rep. [Ashley] Hinson [of Iowa] for joining me in this effort.”

“Any form of database tracking religious beliefs flies in the face of our First Amendment,” Hinson added. “U.S. citizens are guaranteed the right to make their own medical decisions without fear of government reprisal.”

The bill faces an uphill battle in the current Democrat-controlled Congress, and would be unlikely to receive President Joe Biden’s signature. But it serves as another point of contrast between Democrats and the GOP heading into the 2022 midterm elections.

Many religious and/or pro-life Americans do not want to take the COVID vaccines over moral objections to their manufacturers’ use of cells derived from aborted babies. The Johnson & Johnson shotes were developed with such cells, whereas the cells were used in the testing phase for the Pfizer and Moderna shots.

Many Americans also continue to harbor serious reservations as to the new vaccines’ safety, stemming in large part from the rushed nature of their creation. The Trump administration’s Operation Warp Speed initiative developed and released the shots in a tenth of the time vaccine development usually takes and a quarter of the time it took the previous record-holder, the mumps vaccine, yet their advocates have done little to address the concerns of the hesitant.