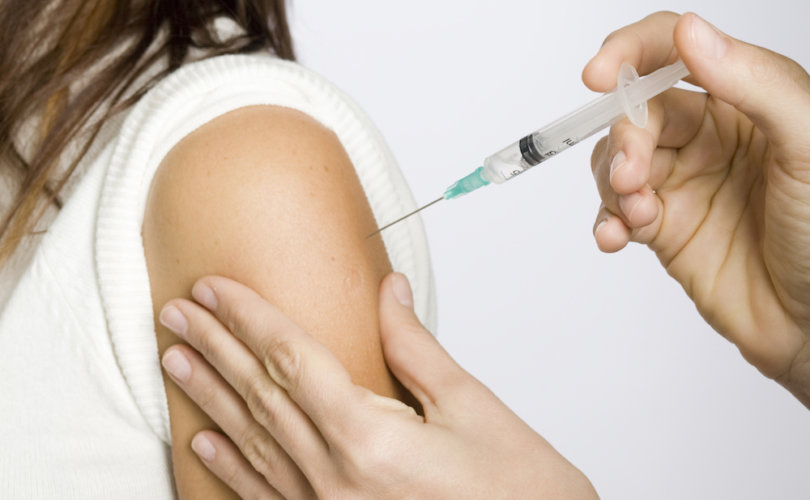 NASHVILLE (LifeSiteNews) – Four Republican Tennessee state representatives sent a letter to Governor Bill Lee on Tuesday asking him to stop the distribution of COVID-19 mRNA shots for children under five.

“We simply cannot recommend injecting an mRNA vaccine into children who have never been at serious risk from death or hospitalization from COVID-19,” the lawmakers continue. “We do not know the short-term and long-term impact on their development and overall health,” stated the letter, which was signed by representatives Jason Zachary, Cameron Sexton, William Lamberth, and Jeremy Faison.

Yesterday, I was joined by @tnhousegop Leadership in requesting that @GovBillLee direct the @TNDeptofHealth to halt any distribution, promotion or recommendation of the Covid vaccine for children under 5.
The letter we sent to the Governor is 👇🏻. pic.twitter.com/NWIc5PzqH9

The Centers for Disease Control and Prevention (CDC) recommended Saturday that children as young as 6 months old be injected with the Pfizer and Moderna mRNA shots, following the endorsement of an FDA advisory panel, despite the fact that data shows that children are at little to no risk from the virus itself, and that the shots have already been reported to cause life-threatening adverse events in young children.

The Tennessee representatives note that the emergency approval of these shots for young children “lacks transparency” and “has created many concerning questions,” such as:

According to an analysis of reports submitted to the U.S. government’s Vaccine Adverse Event Reporting System (VAERS), even before the FDA and CDC green-lighted the shots for young children, at least 58 infants under age three suffered life-threatening adverse events after receiving the mRNA coronavirus injections, including cardiac arrest in a two-month-old baby boy.

The FDA’s Vaccines and Related Biological Products Advisory Committee has implicitly acknowledged serious adverse events, but has deemed the jabs “safe” anyway, with the FDA’s briefing document stating that the majority of U.S. VAERS reports for children between 6 months through 4 years were “non-serious.”

However, experts have warned that even certain mild side effects of COVID jabs can lead to long-term problems, such as a greater risk of heart attacks in cases of myocarditis.

Dr. Joseph Mercola has noted that according to data analyst Albert Benavides, at least 10,000 reports of death or serious injury following COVID “vaccination” (not duplicate reports) have disappeared since the rollout of the shots. As an example, Benavides cites the case of a young child in Alaska who reportedly died after the jab. That death report is now gone, and there’s no other remaining report that matches it.

The Florida Department of Health (DOH) has opted not to distribute COVID shots for kids ages six months to five years old, with Governor Ron DeSantis saying that “the risks outweigh the benefits” and that parents who are concerned about their kids contracting the coronavirus “are really frightened … because of media hysteria, it’s because of a lot of misinformation.”

​​Conservative Review’s Daniel Horowitz has noted that the dangers of the mRNA COVID jabs weigh much more heavily on the risk-benefit ratio scale for people of all ages, citing a preprint study posted by Dr. Peter Doshi, editor of the prestigious BMJ.

According to Horowitz, Dr. Doshi found that “The risk reduction, which was 2.3 per 10,000 participants for Pfizer and 6.4 per 10,000 for Moderna, is much less than the increased risk from adverse events.”

Governor Lee’s office staff have confirmed that they received the letter from the four Tennessee state reps, but have not indicated whether Tennessee will continue to authorize the distribution of jabs to young children.