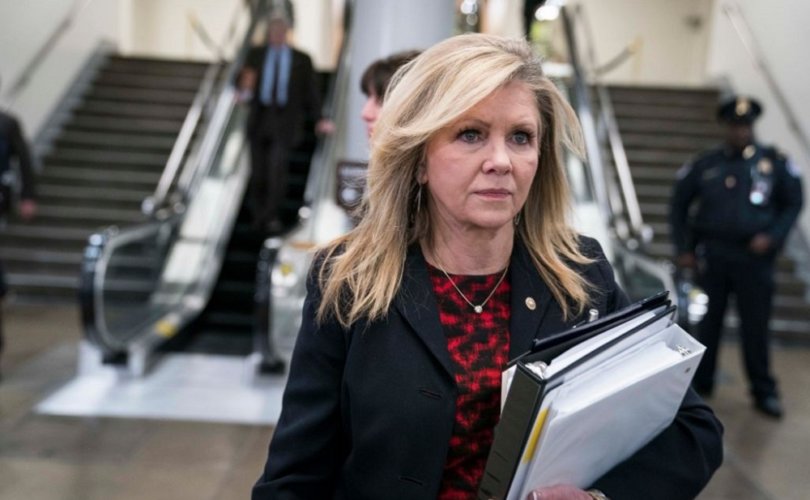 (WND News Center) – As the deadline came Thursday for members of the National Guard to receive a COVID-19 vaccine or be expelled, a Republican senator introduced legislation to counter the Army’s move.

The bill sponsored by Tennessee Sen. Marsha Blackburn would ban federal funds from being used to implement the requirement, which effects up to 40,000 unvaccinated National Guard members.

Blackburn told the Daily Caller that firing the members would threaten national security.

“Our service members are the bedrock of America,” she said. “Firing 40,000 Guardsmen for refusing the COVID vaccine would be both a complete disgrace and a threat to our national security. I am honored to stand beside our National Guardsmen and women by introducing this legislation to protect them from President Biden’s forever pandemic.”

Republican Sen. Roger Marshall of Kansas, a physician, noted on Twitter that President Biden “is allowing illegal immigrants of unknown vax status to invade our country every day but is still willing to fire up to 40,000 American heroes.”

Thursday is the National Guard’s vaccine deadline. Biden is allowing illegal immigrants of unknown vax status to invade our country every day but is still willing to fire up to 40,000 American heroes.

Members of the Tennessee National Guard who faced discharge spoke at a rally in Nashville on Thursday, pleading with Republican Gov. Bill Lee to take action, including suing the federal government, if necessary, Stars and Stripes reported.

Several dozen Guard members, their families and friends delivered a petition to Lee’s office at the capitol.

“On June 30, hundreds of your Tennessee National Guard soldiers – under an illegal, improper order by the Biden administration’s Department of Defense in defiance of natural law and the United States Constitution – are scheduled to be dismissed from service due to refusal to accept a COVID-19 vaccination,” the petition states.

“It is your duty before God and the citizens of the great state of Tennessee, sir, to help these men and women. Please stop them from being fired, sir!”

LIVE NOW: Rally for the Tennessee National Guard who say they will be discharged if they don’t receive the COVID-19 vaccine by tomorrow.
https://t.co/MSpo8v5tRl

Lt. Gen. Jon Jensen, director of the Army National Guard, said in an Associated Press interview that the military brass will “give every soldier every opportunity to get vaccinated and continue their military career.”

“Every soldier that is pending an exemption, we will continue to support them through their process,” he said. “We’re not giving up on anybody until the separation paperwork is signed and completed. There’s still time.”

Biden’s press secretary Karine Jean-Pierre would not answer questions regarding the mandate and referred the Daily Caller to the Army. The Department of Defense did not immediately respond.