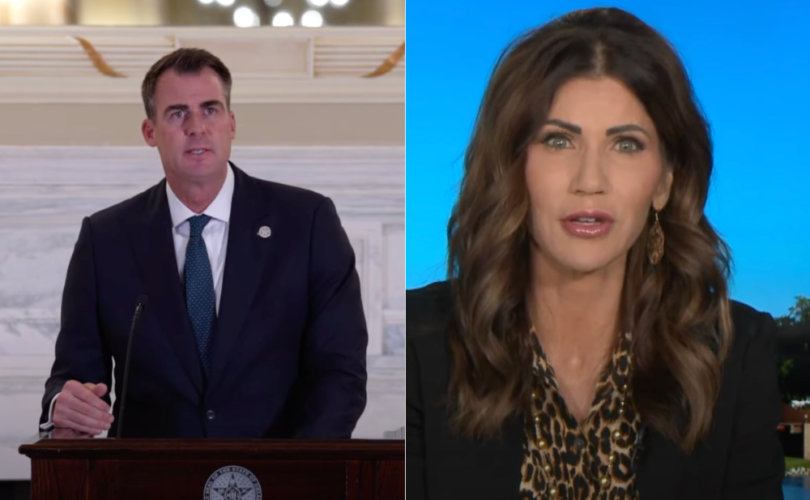 (LifeSiteNews) – A number of Republican legislators and governors have called for special sessions in their states to pass further pro-life laws, in anticipation of a reversal of Roe v. Wade through the Dobbs v. Jackson case currently before the Supreme Court.

“[L]eaders in conservative states like South Dakota, Arkansas, Georgia and Indiana talked about calling special legislative sessions to ban the procedure as soon as the Supreme Court rules,” the New York Times reported.

Following the leaked draft opinion recently published by Politico, indicating that the Supreme Court of the United States (SCOTUS) is poised to overturn the nearly 5o-year-old abortion ruling, SCOTUS confirmed the authenticity of the unprecedented leak but said it does not reflect the court’s final opinion.

Oklahoma Republican Governor Kevin Stitt did not wait, however, and signed legislation that outlaws abortions at six weeks, when a heartbeat is detected. The legislation is styled on Texas’ heartbeat bill and uses private enforcement mechanisms to prosecute individuals who assist a woman in an abortion.

South Dakota’s Republican Governor Kristi Noem tweeted Monday she “will immediately call for a special session to save lives and guarantee that every unborn child has a right to life in South Dakota” if Roe is overturned.

If this report is true and Roe v. Wade is overturned, I will immediately call for a special session to save lives and guarantee that every unborn child has a right to life in South Dakota. https://t.co/oIiGibCP7B

Gov. Holcomb stated on Wednesday that a special session is “on the table” according to CBS 15.

Indiana Republican Senate President Pro Tempore Rodric Bray said he wants a special session. “The vast majority of House Republicans, including myself, have been abundantly clear that we want to take action to further protect life should the U.S. Supreme Court overturn, in full or in part, Roe,” WISH 8 reported. “If it is true that this is the direction the Court is headed, it is good news and suggests Indiana will be in a position to improve our record as a strong defender of life,” he said.

Meanwhile, Georgia Governor Brian Kemp’s office told the Augusta Chronicle he is pleased with the potential court ruling and said he “look[ed] forward to the Court issuing its final ruling.” A federal court reversed a 2019 heartbeat bill signed by Kemp but that legislation could now be upheld if Roe is reversed.

Arkansas is prepared for a reversal of Roe as the state’s laws currently stand. Its 2019 pro-life law includes a trigger statute that makes abortion illegal if Roe is reversed. The statue’s sponsor Jason Rapert, a state senator, told KATV “there is no reason that within minutes in Arkansas that abortion will [not] be over except to save the life of a mother in a medical emergency as stated in here.”

Currently, more than a dozen states have enacted “trigger laws” which would ban all abortions if Roe v. Wade is reversed by the Supreme Court.