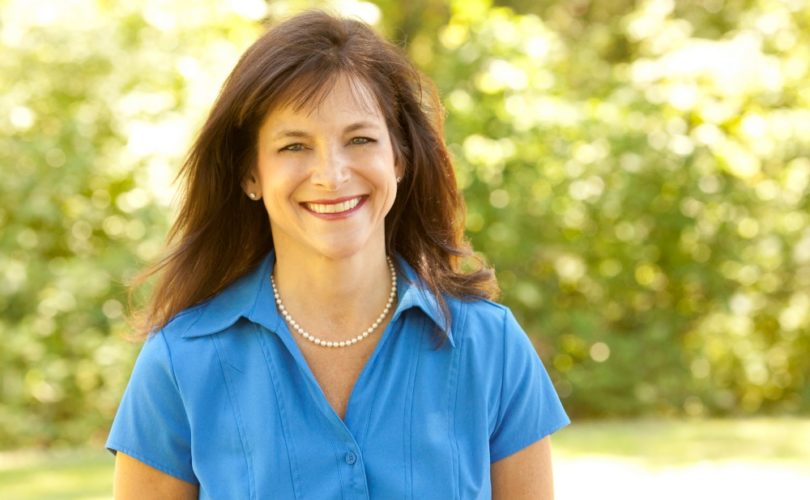 In an unprecedented move, a Republican candidate for U.S. Senate has publicly endorsed legalized same-sex “marriage,” running an ad highlighting her endorsement by two gay men whose lawsuit was partly responsible for overturning her own state’s voter-approved marriage protection laws.

Dr. Monica Wehby, who also supports legalized abortion-on-demand, launched the ad Tuesday on the Politico website.  She released a joint statement with the homosexual couple, who are now “married” and raising an adopted son.

“We are excited to announce our endorsement of Dr. Monica Wehby, who we trust to fight for every Oregon family, including our own,” said Ben West and Paul Hummell in the statement. “Monica is the leader our state needs to create better paying jobs, a stronger economy, and a future that delivers on the promise of building better opportunities for the next generation. Oregon needs a Senator who puts families like ours first and we believe the best person for that job is Monica Wehby.”

“I’m proud and humbled to have the endorsement of Ben and Paul,” Wehby added. “Their courage to stand up for their family, and against inequality is inspiring and embodies the spirit I will serve with as Oregon’s next Senator.”

The 30-second ad features a photo montage from West’s and Hummell’s “wedding” ceremony, along with images of them fighting to overturn Oregon’s ban on same-sex “marriage.”

“Marrying my husband was the happiest day of my life,” West says in the ad. “I was proud of Oregon and our country. But there’s a lot of work left to do. Whether it’s standing up for equality or for the unemployed or for the next generation, we need leaders who have the courage to do what’s right. That’s why I support Monica Wehby. I know she’ll fight for every Oregon family, including mine.”  The spot ends with a portrait of the two men and their adopted son.

Bryan Fischer of the American Family Association immediately took to Twitter to condemn the ad, and called on the Republican National Committee to withdraw all funding.

Joseph Grabowski of the National Organization for Marriage told LifeSiteNews he thinks the ad may backfire in a state that passed its marriage amendment ten years ago with 57 percent of the vote, despite pro-marriage forces being outspent 2-to-1 by homosexual activist groups.

“Wehby, or indeed any Republican who supports same-sex marriage and abortion, is frankly courting political disaster,” Grabowski said. “In this case, the people of Oregon have had their votes stolen by a corrupt judicial system and feckless leaders who refused to defend the state’s marriage amendment, overwhelmingly adopted by the people. Gay marriage has been imposed against the people’s wishes in Oregon, and yet Monica Wehby has the audacity to celebrate this disenfranchisement and this mockery of democracy.”

“NOM will be actively opposing Wehby’s election and will encourage all those who voted for traditional marriage to refuse to vote for Wehby,” added Grabowski.

Wehby is the first Republican senatorial candidate to openly endorse same-sex “marriage” prior to her election; however, if she wins, she will join four other GOP senators who changed their positions on gay “marriage” after their election.  Those senators are Mark Kirk of Illinois, Rob Portman of Ohio, Susan Collins of Maine, and Lisa Murkowski of Alaska.

A win, however, is far from certain.  Wehby has consistently trailed her Democratic opponent, incumbent Sen. Jeff Merkley, by double digits in the polls.