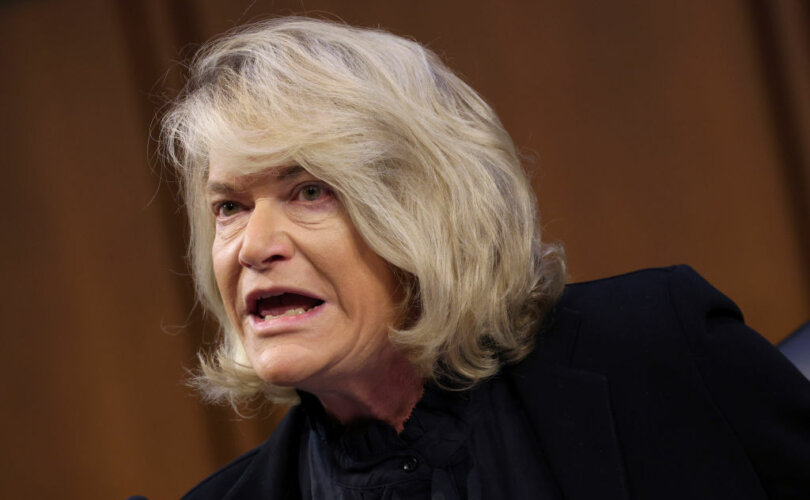 WASHINGTON, D.C. (LifeSiteNews) – A self-described “Christian” and “conservative” senator said that Congress needs to pass a federal law enshrining a right to same-sex “marriage” in order for the United States to have a chance at “survival.”

Wyoming Republican Senator Cynthia Lummis joined on Tuesday with 11 other Republicans and all of the Democrats except Georgia’s Raphael Warnock, who is campaigning for re-election, to pass the “Respect for Marriage Act,” which would require the federal government to recognize any partnership called a “marriage” by a state, even incestuous ones.

Lummis explained that her vote would help the country survive.

These are turbulent times for our nation.

Americans address each other in more crude and cruel terms than ever in my lifetime. It is jarring and unbecoming of us as human beings. It is highly intolerant and frequently the most so when expressed by those who advocate for tolerance. Many of us ask ourselves, ‘Our nation is so divided. When will this end? And how will it end?

For the sake of our nation today and its survival, we do well by taking this step, not embracing or validating each other’s devoutly held views, but by the simple act of tolerating them.

The legislation will likely allow activists and attorneys to target Jewish, Christian, and Muslim institutions that refuse to conduct same-sex “marriages,” throwing into question how much “tolerance” this law will engender.

“As a Christian and a conservative, ensuring that the religious liberties of people in Wyoming are protected and that no institution would be forced to perform a ceremony that is not in line with their values is absolutely essential,” Lummis said in explaining an earlier vote to move the bill forward.

Lummis also claimed that she actually does believe marriage is between one man and one woman, despite voting completely contrary to that truth, according to the Casper Star-Tribune.