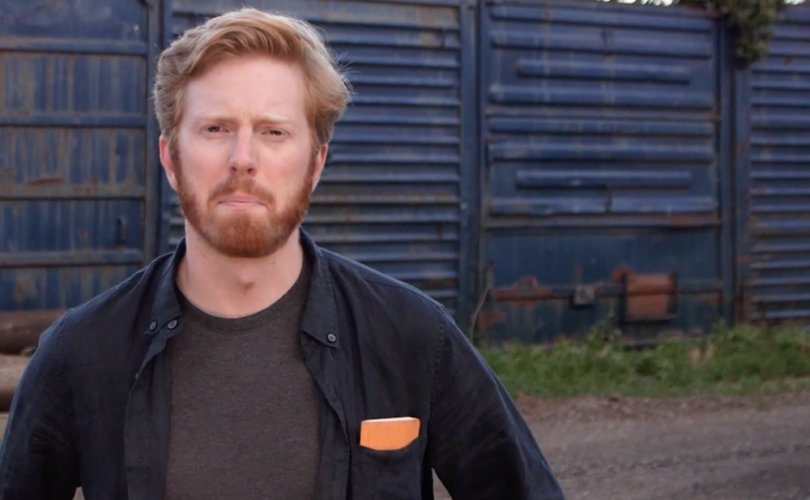 GRAND RAPIDS, Michigan, September 6, 2019 (LifeSiteNews) — The leftist American Civil Liberties Union (ACLU) has filed a civil rights complaint with the State of Michigan against a Republican Congressional candidate for canceling a “drag show” featuring people with Down Syndrome at a property he owns in Grand Rapids, Michigan.

Peter Meijer, who is seeking to unseat Republican-turned-Independent Justin Amash, scrapped the controversial ArtPrize event several weeks ago because he said it “felt like exploitation” of “the differently abled.”

The ACLU alleges Meijer is discriminating based on the disabilities and sex of the persons participating in the Drag Show. Meijer could be fined if found guilty by Michigan’s Civil Rights Commission. The 31-year-old has since tweeted that he won't apologize for “doing what’s right.”

Fair to say I didn’t expect Down syndrome Drag shows to be a defining issue of my congressional campaign… Come what may, I won’t apologize for doing what’s right. https://t.co/EMtXM9hV7E

Meijer is an Iraq War veteran and the grandson of local supermarket scion Frederik Meijer. In 2015, he gave $5,000 to a Jeb Bush Super PAC called “Right to Rise.” He’s also served on the board of a veterans group with George Schultz, Ronald Reagan’s Secretary of State. Schultz was listed as one of Bush’s foreign policy advisers during his failed presidential run.

Meijer told Frank Camp of The Daily Wire that he reached out to disability advocates in West Michigan and to parents of children with Down syndrome before making his decision to cancel the event. They “all shared my same concerns around exploitation,” he said. “And so, I put a stop to it. I didn't want it to be political.”

“I cannot know, and neither can an audience, whether the individuals performing for Drag Syndrome are giving, or are in a position to give their full and informed consent,” he’s also stated.

Meijer says that the group organizing the event leaked to the media the private letter he wrote to them explaining his decision. Since then, he’s been called a bigot, an ableist, a homophobe, racist, and a transphobe. Meijer told Camp that the reaction by the left to his decision is proof they “cannot handle a nuanced argument. No one has actually tried to address my underlying concern.”

After Meijer canceled the event, Wealthy Street Theatre, a rustic, smaller venue located near the city’s bohemian “Eastown” neighborhood agreed to host the drag show. In years past, the theatre has been home to many liberal and pro-“LGBT” events.

Tickets sold out in record time for the two-and-a-half-hour show, which is scheduled for 7 PM Saturday, September 7. A second performance was added for Sunday night, beginning at 6 PM. There are rumors that protesters could show up outside the theatre over the weekend. A LifeSite petition calling on the show to be canceled has received more than 4,000 signatures.

“Drag Syndrome” is the UK-based group organizing the event. LifeSite has previously reported that “Drag Syndrome” performances include Down Syndrome men who wear women’s dresses, garish makeup, wigs, and in some cases fake breasts, largely in order to mock stereotypes of womanhood and femininity. Women sport beards and men’s clothing as well.

The Drag Syndrome “performers” arrived in West Michigan on Thursday night. Local NBC affiliate WOOD TV 8 was on scene to capture what reporter Barton Deiters described as a “joyous welcome that included press and fans.” One of the young men told the media he has a right to self-expression and that people “have to recognize me.” Drag Syndrome’s Creative Director Daniel Váis said he “didn’t expect this controversy. I didn’t expect this hate toward them.”

West Michigan is one of the state’s most religious and socially conservative areas. Home to the Christian Reformed Church in America and a large Catholic population, the community boasts several prominent Christian colleges and universities, including Aquinas College, Calvin College, Cornerstone University, Kuyper College, and Hope College. Grand Rapids’ “Westside” neighborhood has so many churches it is informally referred to as “Steepletown.” The area has not sent a Democrat to Congress since 1993 and reliably votes for Republican presidential candidates. President Trump has visited Grand Rapids on several occasions, including the night he won the presidency in 2016.