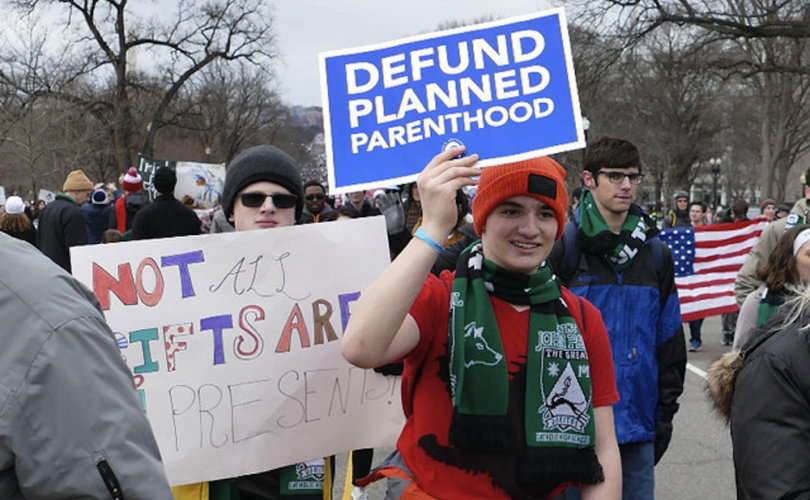 WASHINGTON, D.C., March 7, 2017 (LifeSiteNews) – House Republicans released a draft of an Obamacare replacement bill last night that would eliminate most of Planned Parenthood's federal funding. It would also prevent federal funding of abortions through this new healthcare system.

However, a 1995 precedent may allow strict Senate rules to remove the funding restrictions on abortion.

Obamacare subsidized abortion; this bill gets rid of subsidies. Instead, it provides people with monthly healthcare tax credits. The bill contains provisions that prevent these tax credits from being used to fund abortion, but pro-life groups are worried the Senate may remove these.

“House Republicans must ensure that the Obamacare 'replace' bill's funding protections for the right to life of unborn babies must not be left up to chance or turned into a political bargaining chip,” Family Research Council's David Christensen wrote in an email to supporters. “FRC – along with other pro-lifers – is very concerned that strict Senate budget rules could strip out any provisions stopping funding for elective abortion in healthcare 'replace' programs such as universal tax credits and other subsidies for healthcare.”

Members of Congress must be urged “not to leave pro-life funding protections up to chance,” Christensen wrote.

Despite pro-life concerns about whether the final bill will contain necessary protections against funding abortion (and assisted suicide and in-vitro fertilization), pro-abortion groups are panicking.

“The threat we've been warning about has just hit the House of Representatives,” Planned Parenthood president Cecile Richards wrote in an email to supporters last night. This bill is the “most serious threat to patients in Planned Parenthood's 100-year history.”

There is fighting among Republicans about whether the bill is “Obamacare 2.0” and “Obamacare Lite.”

FOX News reported that the bill will be marked up in several committees this week and next. Then it will be debated on the House floor – and likely debated in the Senate the week before its Easter recess.