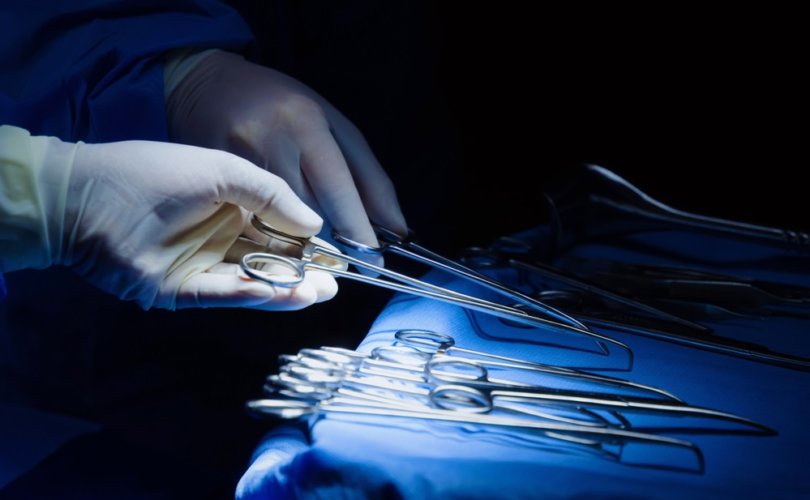 PIERRE, South Dakota, February 12, 2020 (LifeSiteNews) — The Republican-controlled South Dakota Senate turned down a bill that would have banned genital reconstruction surgery and hormone suppression therapy to anyone under the age of 16.

On Monday, the Health and Human Services Committee in the upper chamber voted 5-2 to kill House Bill 1057, the Vulnerable Child Protection Act, which had been initially sponsored by Rep. Fred Deutsch (R) and passed in the state House. In its original form, the bill would make gender-bending surgeries and therapies a Class 1 misdemeanor for health care providers, carrying a penalty of one year in jail and a maximum fine of $2,000.

Despite a last-minute amendment, which removed criminal charges for doctors but added a provision to allow patients to sue after genital-mutilating surgery, the bill could still not win enough support to leave the committee and go to the full Senate. On Monday, Rep. Deutsch told CNN he knew that the committee would turn down the bill and has concluded that it is dead for the duration of the year.

Deutsch claimed that Gov. Kristi Noem had opposed the bill behind the scenes. While she had earlier expressed some concerns, according to the Argus Leader, her spokesperson later claimed that the governor had never taken a formal position. Some physicians were opposed, as were the American Civil Liberties Union and LGBT activists.

Deutsch expressed satisfaction that the bill, at least, heightened the sensitivity on the part of parents and the wider public about the issue. As the child of a survivor of the Holocaust, Deutsch said he was inspired to propose the bill after learning about the suffering of children who had undergone surgery to obscure their sex. These surgeries reminded him of the sadistic experiments Germany’s Nazi regime meted out to Jews and other captives in the concentration camps of the 1930s and ’40s.

In a release, Deutsch expressed the hope that the Vulnerable Child Protection Act would have prevented health care providers from “pushing children and their parents to the point of no return.”

In an interview with Tony Perkins of the Family Research Council, Deutsch said that in his state, “we don’t allow mutilation of our children. I don’t care if it’s doctors. I don’t care if it’s parents.” He said he was shocked to see photos of children showing their surgical scars. “To me, that’s a crime against humanity when these procedures are done by these so-called doctors[.]” Saying he had relatives murdered at the Auschwitz Nazi death camp, Deutsch added that he has seen photos of the “bizarre medical experiments” conducted there. “I don’t want that to happen to our kids. And that’s what's going on right now,” he said.

In 2016, LGBT groups condemned him for offering a bill that would have required public school children to use only those restrooms and locker rooms that accord with their sex.

Deutsch, a chiropractor, said he has been astonished by the cases of children who have been prescribed puberty-blockers and cross-sex hormones, which have effects that are still not fully understood. He noted that health care providers are prescribing testosterone to girls and estrogen to boys in “ultra-high mega-doses, as well as [encouraging] mastectomies and what they call the bottom surgery.” All of these surgeries, Deutsch warned, are “irreversible.” He said there is “no contradiction” between showing respect to transgender people and the belief that “irreversible and experimental surgical and chemical interference with a child’s sexual development is morally indefensible.”

In his statement, Deutsch asserted that “hasty intervention for children who are unsure of their identity ignores the experiences of the vast majority of young people.” According to the release, Deutsch said, “An ever-increasing number of people who had so called sex reassignment as minors now find themselves regretting the decision as they’ve matured. Performing irreversible sex reassignment on a minor whose brain is still developing is wrong.”

Deutsch said, “The solution for children’s identification with the opposite sex isn’t to poison their bodies with mega-doses of the wrong hormones, to chemically or surgically castrate and sterilize them, or to remove healthy breasts and reproductive organs. The solution is compassionate care, and that doesn’t include catastrophically and irreversibly altering their bodies.”