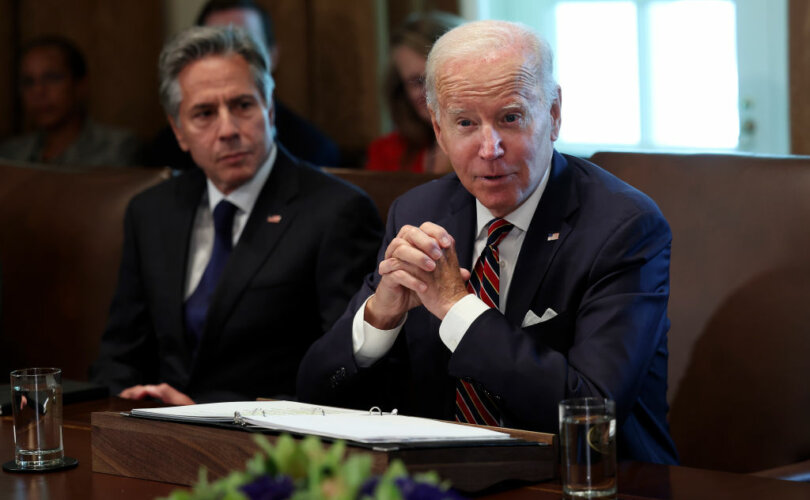 WASHINGTON, D.C. (LifeSiteNews) – The Biden administration has come under fire and congressional scrutiny for a $20,000 grant awarded by the State Department to Ecuador to fund drag queen shows to “promote diversity and inclusion.”

As Fox News first reported last week, “the State Department awarded a $20,600 grant on Sept. 23 to the Centro Ecuatoriano Norteamericano Abraham Lincoln (CENA) in Cuenca, Ecuador, a non-profit organization supported by the U.S. Embassy and Consulate in Ecuador.”

The project funded by the grant is to include “3 workshops,” “12 drag theater performances,” and a “2-minute documentary,” as officially stipulated by the State Department on its grant list website. The project started September 30 and will run until August 31, 2023.

The program is geared toward minors in an effort to indoctrinate them in LGBT ideology. As reported by Catholic News Agency, Alicia Boroto, director of the Abraham Lincoln North American Ecuadorian Center, said in a statement on October 21 that the program “is aimed at young people 15 years of age and older, with parental consent.”

RELATED: US Secretary of State says he promotes LGBT agenda ‘in every conversation’ with Saudis

Former Ecuadoran National Assembly member Héctor Yépez denounced the program, saying, “it seems to be an attack against the values of the great majority of Ecuadorians that the United States is practicing a ‘diplomacy of gender ideology.’”

“It saddens me,” Yépez told ACI Prensa, “that the taxes of American families are wasted in perverting values of other countries, when rather we need to strengthen public safety during the worst crime crisis in Ecuador’s history.”

In defense of the project, which is widely criticized, the State Department said, “the program’s goal is to promote tolerance, and the arts provide new opportunities for LGBTQI+ Ecuadorians to express themselves freely and safely.”

“Facilitators and artists in Cuenca,” the State Department declared, “will collaborate with a local theater company in implementing workshops, creating customized plays, and producing a documentary video; the program will conclude in June 2023. LGBTQI+ people across the globe deserve to live in societies free from targeted violence and discrimination.”

In reaction to the “woke” project, Austin Ruse, president of the conservative Center for Family and Human Rights, denounced the grant as “an inappropriate use of American taxpayer money.”

“A cursory look at the books would likely show this is far from the only program like this that we fund,” Ruse said. “Joe Biden seems determined to export and impose the sexual revolution on the rest of the world. Ask anyone on the ground in Ecuador or any other country that receives our aid and you will find they need basic things like clean water, safe sanitation, basic medical care, and not such things as drag shows.”

Together with nearly a dozen other GOP congressmen, Biggs sent a letter Thursday, October 27, to Secretary of State Antony Blinken demanding information on the decision behind the grant. The letter also requested information by November 11, 2022, regarding whether the State Department is funding other drag queen performances with taxpayer money.

In the letter the congressmen stated, “Promoting the radical Left’s woke ideology is not an appropriate use of taxpayer dollars and promoting drag does not relate in any way to the objective above. Instead of funding drag theater programs, your department should focus its limited resources on advancing America’s national interests, not the left’s agenda.”

The Catalog of Federal Domestic Assistance lists the objectives of the Public Diplomacy Programs under which the grant was awarded as to “support the achievement of U.S. foreign policy goals and objectives, advance national interests, and enhance national security by informing and influencing foreign publics and by expanding and strengthening the relationship between the people and government of the United States and citizens of the rest of the world.”

This award raises significant questions about the department’s grantmaking decisions and the Biden administration’s overall views of U.S. foreign policy objectives in the region. It is difficult to imagine how the department determined that funding “drag theater performances” would be a worthwhile use of taxpayer dollars or consistent in any way with the program objectives outlined above.

In addition to all documentation pertaining to the grant itself, McCaul asked for “A list of all State Department ‘strategic programs in Ecuador that incorporate concepts from diversity, inclusion, and representation to equity and accessibility.’” McCaul requested the documentation be sent by November 7, 2022.