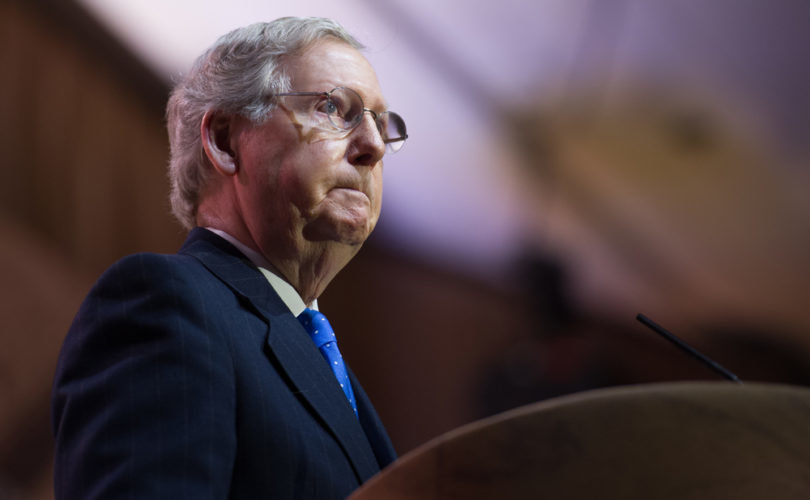 WASHINGTON, D.C. – As President Obama prepares to issue an executive order adding homosexuality and transgender status as a protected class for the employees of federal contractors, for the most part Republican Party leaders are keeping mum.

Neither Senate Minority Leader Mitch McConnell nor House Speaker John Boehner has issued a press release or made a public statement about the order, which social conservatives are calling an unwarranted violation of the Constitution.

To date, only Utah Sen. Orrin Hatch issued a statement – not to oppose the unilateral action but to say it “must include the same religious protections that are included in the bipartisan Employment Non-Discrimination Act that passed the Senate. ENDA strikes a good balance to ensure that discrimination based on sexual orientation will not be tolerated, but also that one of our nation's fundamental freedoms — religious freedom — is still upheld.”

Most religious and conservative leaders disagree with that assessment of ENDA, but they may have few defenders in the Capitol.

A former Mitt Romney aide told The Huffington Post that the GOP has thrown in the towel on the culture issue. “The White House doesn't seem to grasp how completely uninterested GOP is in fighting on this stuff. They could mandate gay marriages for everyone right now, and you probably wouldn't see a press release,” said the aide.

The shift conflicts with the House Republican effort to fight President Bill Clinton's executive order 13087, signed in 1998, which added sexual orientation to the list of federally protected classes for federal workers. House Republicans introduced a measure defunding its enforcement, which garnered 176 votes. “We were worried the move to defund it would succeed,” Democrat strategist Richard Socarides told The Washington Post. “Now, what a difference.”

The last time ENDA came before the Senate, 10 Republican senators backed the bill as it passed 64-32. Two – John McCain and Jeff Flake, both of Arizona – broke campaign promises to do so.

Only one senator spoke against ENDA on the Senate floor, Dan Coats of Indiana.

Eight House Republicans say they support the bill, which Christians warn would violate their religious beliefs and free market advocates say would interfere with their ability to run their own businesses. Among those is former vice presidential candidate Paul Ryan, who voted for ENDA before being tapped for the Romney ticket in 2012.

The GOP signaled that it would distance itself from social issues in a 100-page report of the party's “Growth and Opportunity Project.” Widely dubbed “the autopsy report” because it came out after the 2012 presidential loss, it warns, “If our Party is not welcoming and inclusive, young people and increasingly other voters will continue to tune us out.”

Family Research Council President Tony Perkins said calling the report an “autopsy” is an “apt name, considering where its recommendations would lead.”

Libertarian-leaning critics have charged that current and former GOP leaders decline to criticize President Obama's executive actions because they wish to preserve such powers for a future Republican presidency.