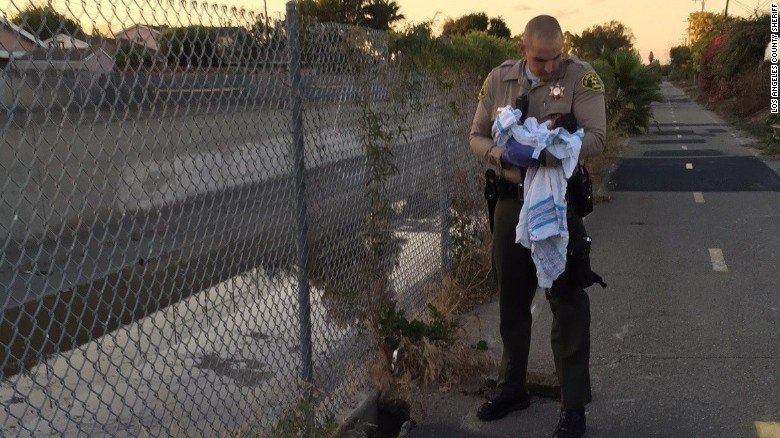 LOS ANGELES, December 1, 2015 (LifeSiteNews) – A newborn baby has been saved thanks to the quick actions of two women who were out for a walk.

On Friday, Evangelina McCrary and Angelica Blount called police after hearing crying. Two deputies searched the area and found the girl buried in a blanket under asphalt and rubble, reports ABC7.

The on-scene officers called paramedics. Estimated to have been born 24 to 36 hours prior to the rescue, she was eventually transported to a hospital in stable condition.

“There's indications that the child was born at a medical facility or at a hospital…because of the blanket,” LA Sheriff's Dept. Sgt. Marvin Jaramilla said.

The Sheriff's office said that the baby was “cold to the touch” and likely would not have survived the night in the cool conditions.

The person who abandoned the girl is facing attempted murder and child endangerment charges, said police, who are now on the lookout.