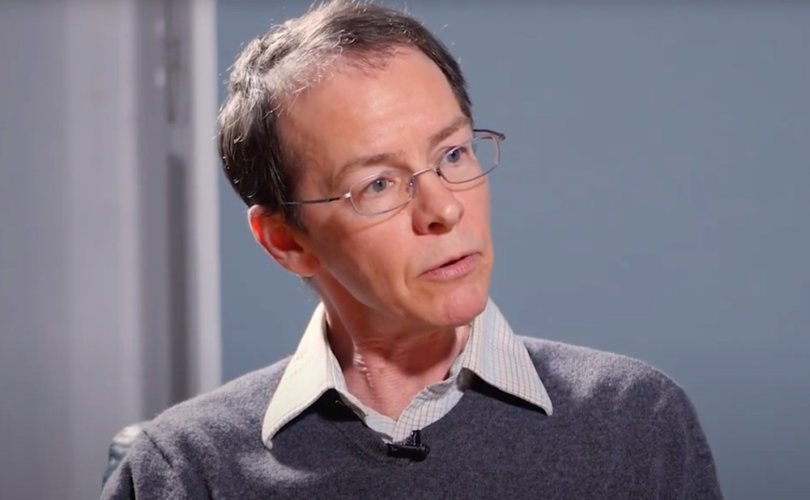 STRASBOURG, France, February 18, 2021 (LifeSiteNews) — A researcher whose university cancelled his study of sex-change regret has taken his case to the European Court of Human Rights.

James Caspian, 61, a psychotherapist who had counselled transgender people for a decade, was prevented by England’s Bath Spa University from pursuing a project it had initially accepted: a study entitled “An examination of the experience of people who have undergone Reverse Gender Reassignment Surgery.” A former teacher training college, Bath Spa was not permitted to grant university degrees until 1992.

Supported by the Christian Legal Centre, Caspian first challenged the Bath Spa University’s decision in the British courts. Now he is taking his case to the European Court of Human Rights (ECtHR).

“I have been faced with no alternative but to take this case to Europe,” Caspian stated in a press release.

“Too much is at stake for academic freedom and for hundreds, if not thousands, of young people who are saying that they are being harmed and often silenced by a rigid view that has become a kind of transgender ideology and permits no discussion,” he continued.

“My preliminary research had revealed a growing controversial schism in transgender politics and inpatient experiences which greatly concerned me and confirmed the need for this research. Some of the people I spoke to said they were too traumatised to speak about their experiences, which proved it was even more important to research the issue, not less. I was astonished therefore that a university could censor a research project on the grounds that what people ‘might’ post on social media may be detrimental to the reputation of the university.”

The psychotherapistfirst noticed that his patients were getting younger and that there was a “surge” in the numbers of female patients in 2013. According to Christian Concern, there was also a troubling rise in the number of patients who regretted their sex-change surgeries and wanted to “detransition.”

Wanting to study this phenomenon, Caspian signed up for a part-time Masters course at Bath Spa University in 2014.

Originally, Bath Spa University’s Ethics Sub-Committee green-lighted Caspian’s project, saying, “This application and accompanying research proposal has addressed the necessary ethical protocols. It has taken particular care to acknowledge the potential sensitivity of the research focus and appears to have the necessary protocols in place should any participants experience psychological harm from the interview process.”

But during the course of his research, Caspian learned from World Professional Association of Transgender Health (WPATH) internet forums that discussions on “detransitioning” were often censored. He decided to change his project to include people who had “detransitioned” without reversing their surgery.

When Caspian informed his academic supervisor of the change and of potential social media abuse from transgender activists, he was told he would need to re-submit his proposal to the Ethics Sub-Committee. In addition, he was asked to include a note about the possible criticism.

That proved to be bad advice. In November 2016, Caspian was told that his revised project had been rejected. His appeal of the decision was in vain: the sub-committee had been frightened by the spectre of bad publicity.

“Engaging in a potentially ‘politically incorrect’ piece of research carries a risk to the University,” it told the student.

“Attacks on social media may not be confined to the researcher but may involve the University. This needs to be assessed by the University Ethics Committee.”

The university’s Ethics Sub-Committee judged that “[t]he posting of unpleasant material on blogs or social media may be detrimental to the reputation of the University.”

“This was further discussed with the Dean of the Institute of Education and the ethical approval form has been declined. This is a complex project and the risks are too great to the University and the researcher. Working on a less ethically complex piece of research to complete the Masters would be more appropriate.”

Caspian subsequently requested a refund from the institution, and that too was denied. His attempts to bring the matter to British courts were futile. Concerned not only for academic freedom but for the damage being done to patients, Caspian is determined not to give up his fight.

“If a university – a place for the exchange of ideas, discussion, dissent, questioning, research and critical thinking – is unable to tolerate the risk of criticism, where then are left the most basic tenets of academic and intellectual freedom of enquiry?” Caspian asked.

“The implications for a democratic society of the suppression of information and discussion are deeply worrying,” he continued.

“I have felt morally obliged to speak out because people are telling me that they’ve been harmed, and my profession should do no harm.”

Roger Kiska of the Christian Legal Centre told LifeSiteNews that Caspian’s case is both “an important challenge” to cancel culture and “the canary in the coal mine” of academic freedom in the United Kingdom.

“James Caspian’s case, now with the highest human rights court in Europe, is an important challenge to the politically correct cancel culture we live in today,” Kiska said via email.

“James had 10 years clinical background in front line work with counselling related to gender reassignment. His research was inspired by real life experience and necessity, as research in the area of detransitioning and post-gender reassignment remorse is desperately needed,” Kiska added.

“The very fact that his research proposal was rejected because of politically correct considerations and the university’s fear of negative press from transgender activists with a vested interest in seeing his work fail speaks for itself as to the state of academic freedom in the U.K. This case represents the canary in the coal mine for U.K. academic freedom.”

The Christian Legal Centre was also active in the battles to save Alfie Evans and the Polish national known as “RS” from de facto euthanasia in British hospitals. To support their work, please see the Lifefunder donation page here.