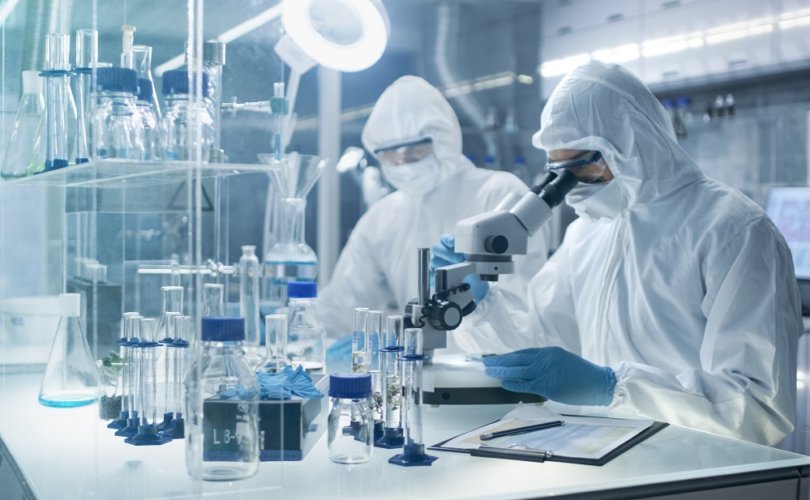 March 20, 2020 (LifeSiteNews) –– Scientists who are now claiming that the Trump ban on fetal tissue usage is blocking coronavirus treatment research are using the current pandemic opportunistically to reinstate the usage of tissue derived from aborted babies at government research facilities.

“A senior scientist at a government biomedical research laboratory has been thwarted in his efforts to conduct experiments on possible treatments for the new coronavirus because of the Trump administration’s restrictions on research with human fetal tissue,” blared the lede in a Washington Post article.

Kim Hasenkrug, an immunologist at the National Institutes of Health’s (NIH) Rocky Mountain Laboratories in Montana, told the Post that he has been arguing for a month that the pandemic “warrants an exemption to a ban imposed last year prohibiting government researchers from using tissue from abortions in their work.”

U.S. scientists had found last year that “mice could be transplanted with human fetal tissue that develops into lungs — the part of the body the new coronavirus invades,” according to the Post report.  These “humanized mice” are seen as important by some because they “could then be infected with coronaviruses — to which ordinary mice are not susceptible — closely related to the one that causes the new disease, covid-19.”

The fetal tissue to create the  “humanized mice” that researchers like Hasenkrug would like to access would have to be provided by women undergoing elective abortions.

Hasenkrug, who works at an NIH research lab, has been prohibited from using aborted baby body parts since Health and Human Services (HHS) announced last year that it had changed its policies concerning the use of fetal tissue.

“Promoting the dignity of human life from conception to natural death is one of the very top priorities of President Trump’s administration,” an HHS statement explained.

“Those who advocate experimentation using body parts harvested from aborted children are shamelessly exploiting the coronavirus pandemic, playing on people’s fears at a vulnerable time so that a select few can continue to use aborted fetal tissue in their research,” declared a statement released by the Charlotte Lozier Institute (CLI) in Washington, D.C.

“The fact is that there are modern, successful alternatives available,” continued the CLI statement. “Already, over 60 potential treatments are under investigation — none of which need aborted fetal tissue to fight coronavirus.”

“Instead of wasting precious time listening to these dishonest claims, we should continue to focus our attention on successful, ethical alternatives that don't require the exploitation of baby body parts, taxpayer dollars, and public sentiment that just wants a swift and compassionate end to this crisis,” said CLI.

Last month, CLI criticized claims made in a USA Today opinion piece by San Francisco–based professors Irving Weissman and Joseph McCune. The pair made an appeal similar to Hasenkrug’s, asserting, “People will suffer and die for lack of adequate treatments,” because aborted fetal tissue could not be used for research.

Sander Lee explained that less than 0.4 percent of the NIH’s budget is currently going toward research involving fetal tissue; that “after over 100 years of research, no therapies have been discovered or developed that require aborted fetal tissue”; and that researchers have access to a wealth of ethical sources for human tissue, including cells that can be given the coveted quality of pluripotency, or the ability to become other types of tissue.

The CLI scholar went on to detail how the original polio vaccine was first developed with monkey kidney cells; how vaccines for measles, mumps, and rubella can be produced with cell lines from chicken eggs, human placentas, human kidney cultures, monkey cells, and chick embryo fibroblasts; how the vast majority of the research currently being done on the Zika and Ebola viruses does not use fetal tissue; and how even the vaccines currently being produced in the United States with fetal tissue are using cell lines from the 1960s rather than newly obtained tissue from abortions.

Ethical alternatives currently available to researchers “include, but are not limited to, fresh human tissues from adult and pediatric populations, donated and discarded biopsies and surgical specimens, from both living and post-mortem individuals,” she continued. “There are numerous examples of investigators successfully using these ethical alternatives for research and clinical trials for studying the most complex processes, such as brain development and neurodevelopmental disorders, immune response to pathogens, and stroke.”

Sander Lee is an associate scholar with the pro-life Charlotte Lozier Institute. She holds a Ph.D. in biochemistry, studied molecular and cell biology at Boston Children’s Hospital and Harvard Medical School, and has 20 years of experience with both academic and clinical medicine.