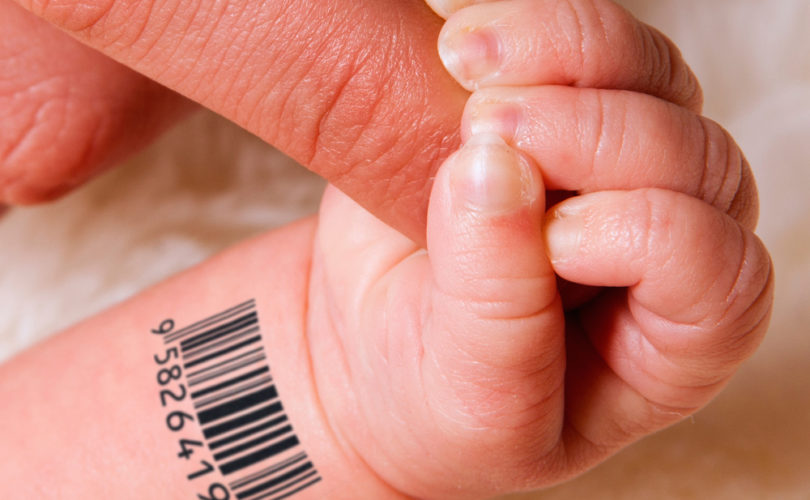 LONDON, September 28, 2015 (LifeSiteNews) – A British team of researchers are seeking permission to try to modify the genetic makeup of “nonviable” embryos to find a cure for a rare disease that causes miscarriages.

But forceful objections have come from genetic researchers, Catholic ethicists, Britain's leading pro-life organization, and a genetics watchdog who is not opposed to abortion but does warn that genetic manipulations of embryos can lead only to a new version of eugenics.

Dr. Kathy Niakan of London's Francis Crick Institute has applied to the British government's fertility and genetics watchdog, the  Human Fertilization and Embryology Authority (HFEA), for permission to use a recently developed genetic manipulation technique, called Crupr/Cas9 , to identify and investigate genes in embryos suspected of causing them to miscarry.

Unsurprisingly, Dr. Niakan defends her research, insisting that its purpose is only to understand the genetic defect, not to remove it through genetic modification of the embryo.

“We are not contemplating altering genes for clinical purposes,” she told reporters. “We are interested in basic mechanisms of embryonic development. If any of our discoveries suggest ways to improve embryo development after IVF [in virtro fertilization], or to improve implantation frequency, or to prevent miscarriage, these would involve conventional approaches, not the manipulation of genes.”

Skeptics abound, however. They doubt that  a technique to modify genes would be used  to gather knowledge but not to cure. Dr. David King, the head of London-based Human Genetics Alert, told reporters, “This news emphasizes the need for an immediate global ban on the creation of genetically modified designer babies.”

But Niakin emphatically denied the charge, citing the Human Fertility and Embryology Act, which, she says, bans the implanting of viable genetically modified embryos in the womb. But according to the Independent newspaper, the law only makes it “illegal to create GM embryos for implanting into the womb, or to edit the 'germline' DNA of chromosomes passed on to future generations.” It does not prevent the modification of embryos created naturally.

King argues that Niakin's research is on the brink of gene therapy, which itself is only a step away from genetic engineering and the creation of a master race of people whose parents could afford to design them. Gene therapy, which is already being tried, involves treating genetic diseases at the embryonic stage. Genetic engineering – crossing the “germ line” – involves changing the genetic makeup of the embryo so that the changes will be passed on to offspring.

But even gene therapy “poses a relatively high risk that genes will be 'inadvertently' altered in the reproductive cells of the foetus,” warns King.

The London-based Society for the Protection of the Unborn agrees. “Geneticists who want to try manipulating the genes of embryos to see if they can prevent diseases are acting as if they did not know how complex diseases like cancer are,” said Paul Tully, SPUC's general secretary. “It is dishonest to trick people into thinking that because a technique can sometimes achieve a precise genetic change, we have the solution to cancer, HIV, or other potentially fatal diseases within our grasp. This simply is not the case. Genetics is far more complex than that.”

Apart from the health risks of unleashing genetically modified genes into the population, for SPUC and others, there is a huge moral issue, said Tully. “The humanity of the early embryo is more fully recognized than ever, yet instead of compassion towards the early human person, abuses continue on an industrial scale. The new person is genetically complete, human, and alive from the time of conception. Using these embryos for research and destroying them breaches norms of human rights and medical ethics.”

Weighing in from the United States, leading Catholic ethicist Father Tad Pacholczyk, of the National Catholic Bioethics Center, also focuses on the embryos. “Our offspring created in fertility clinics are never spares or excess,” said Fr. Pacholczyk. “These very young humans were already victimized once by being created in the lab, rather than in the marital embrace, and were further victimized by being frozen and locked into liquid nitrogen orphanages. Our embryonic children deserve … unconditional protection from any further subjugation and experimental manipulation at the grasping hands of research scientists.”

King adds that genetic researchers justify their work with claims that they seek a cure, but he argues, “There seem to be very few good examples where it is the only solution to the medical problem of genetic disease.” Not only are there other treatments, but there are non-medical alternatives to dealing with hereditary diseases, such as adoption and remaining childless. “The question we have to ask is whether we should develop the technology for HGE, in order to satisfy a very small number of people.”

King says no – not only because of the risks if genetic engineering goes wrong, but because of the even bigger risk of it going right. Success would lead inevitably to eugenics: the creation, for those who can afford it, of super-offspring, a new breed of “GenRich” or genetically enriched humans, exercising control over the remaining “Natural” class of unenhanced humans. “The GenRich class and the Natural class will become … entirely separate species, with no ability to cross-breed, and with as much romantic interest in each other as a current human would have for a chimpanzee.”

The Crick application came on the heels of a statement by the Hixton Group, a worldwide consortium of genetic researchers, calling genetic modification of embryos “essential” to realizing the “tremendous” opportunities for genetic advances. According to a BBC report, the Hixton Group acknowledged that implantation of genetically modified embryos is too controversial now but hopes it soon won't be.

Historians have long noted the close ties between the eugenics movement in America and Europe and groups such as Planned Parenthood and the National Socialists in Germany.