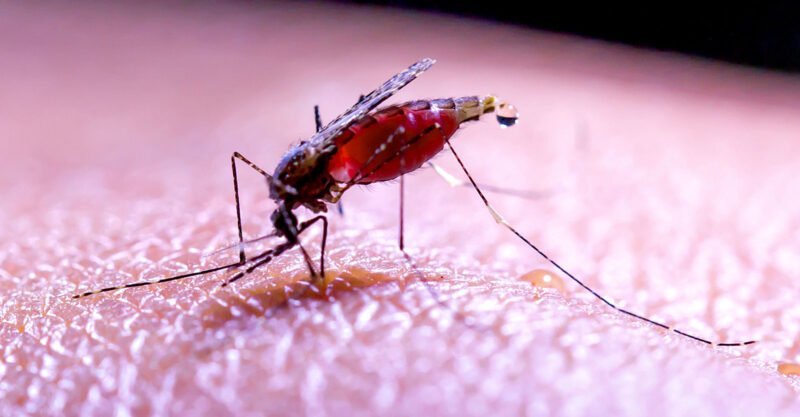 A team of researchers at the University of Washington conducted the study, which was published in the Science Translational Medicine journal.

The study involved 26 participants who received three to five “jabs” — or bites from a small box containing 200 GM mosquitoes — over a 30-day period.

Sanaria, a company funded in part by the Bill & Melinda Gates Foundation (BMGF), is closely connected to the research, and the researchers involved in the trial use a gene-editing technology heavily promoted by Bill Gates.

The trial used malaria-causing Plasmodium mosquitoes that were genetically modified to avoid causing sickness in humans to infect participants with a “minor” version of malaria — insufficient to cause severe illness, but enough to make the humans create antibodies.

Dr. Sean Murphy, lead author of the study, told NPR, “We use the mosquitoes like they’re 1,000 small flying syringes.”

Despite the publicity generated by this study, however, results appear to have been mixed.

Of the 14 trial participants exposed to malaria, seven contracted the disease. For the remaining seven, the protection conferred by the vaccine did not last more than a few months and eventually dissipated.

According to the study:

Half of the individuals in each vaccine group did not develop detectable P. falciparum infection, and a subset of these individuals was subjected to a second [Controlled Human Malaria Infection] 6 months later and remained partially protected.

According to the Centers for Disease Control and Prevention (CDC), “infections caused by P. falciparum are the most likely to progress to severe, potentially fatal forms” of malaria.

Adverse reactions in trial participants reportedly were “what one would expect after getting bit by hundreds of mosquitoes and nothing more.”

The researchers suggested several reasons for using live mosquitoes rather than a vaccine that could be delivered via a syringe, including that the use of live insects made sense, as the P. falciparum parasite quickly matures inside the mosquito.

In addition, the process of developing a version of the parasite that could be delivered via a syringe was described as “costly and time consuming.”

Nevertheless, according to Murphy the study will not be used for the mass vaccination of humans. However, the researchers involved in the trial said they believe the approach they used can eventually result in the development of a “substantially more effective” malaria vaccine.

At present, only one malaria vaccine is in use. The RTS,S vaccine produced by GlaxoSmithKline was approved by the World Health Organization in October 2021, but reportedly has an efficacy rate of only 30-40%.

Dr. Kirsten Lyke, a vaccine researcher at the University of Maryland, described the use of a genetically modified live parasite as a vaccine as “a total game changer,” saying the team of researchers “went old school with this one.”

Lyke, who was not involved in the GM mosquito malaria trial, led the Phase 1 trials for the Pfizer/BioNTech COVID-19 vaccine and also served as co-investigator for COVID-19 vaccine trials administered by Moderna and Novavax.

Stefan Kappe, a parasitologist at the University of Washington and the Seattle Children’s Research Institute — who was one of the authors of the study — said that the approach described by Lyke is already being worked on by the team, adding that the team believes “we can obviously do better.”

However, according to Kappe, “increasing production capability to scale up manufacturing will require investment.”

The research team said that the vaccine developed from this process will eventually be administered via syringes, in order to administer a “more accurate dosage.”

According to Lyke, the use of a slightly more mature version of the GM parasite used during this trial could better equip the human body to prepare an immune response.

Murphy added that his team’s approach utilizes a whole weakened parasite rather than one of the proteins the parasite produces, as with the RTS,S vaccine.

According to NPR, the University of Washington partnered with Sanaria, a “small company” that produces the modified parasites.

Two of Sanaria’s listed donors — PATH MVI and the Institute for OneWorld Health — are beneficiaries of funding from the BMGF.

PATH, which founded the Malaria Vaccine Initiative (MVI), describes itself as “an international nonprofit organization that drives transformative innovation to save lives and improve health,” working “with partners in private industry, government, and academia to develop malaria vaccines.”

As far back as 2008, when it received a $168 million grant, PATH MVI has received funding from the BMGF.

Aside from the BMGF, other PATH MVI donors include Chevron, the ExxonMobil Foundation, the USAID Malaria Vaccine Development Program and Open Philanthropy.

As Open Philanthropy — one of whose main funders is Dustin Moscovitz, co-founder of Facebook along with Mark Zuckerberg — funded a monkeypox tabletop simulation that  “predicted” a global monkeypox pandemic in May 2022, the same month an outbreak occurred.

Open Philanthropy has, over the past decade, provided hundreds of millions of dollars in donations and grants for “global health,” “biosecurity and pandemic preparedness” and “global catastrophic risks.”

In turn, the Institute for OneWorld Health, which claims it “partner[s] with communities in developing countries to bring permanent, sustainable healthcare to the chronically underserved,” has received multiple grants from the BMGF, including a 2004 grant for the development of a malaria vaccine.

Gates’ enthusiasm for gene-editing technology ‘off the charts’

One of the novel aspects of the University of Washington trial was that the parasites used were “disarmed” using CRISPR — or Clustered Regularly Interspaced Short Palindromic Repeats — gene editing tools.

When it comes to fighting malaria and other mosquito-borne diseases … CRISPR-Cas9 and other gene-editing tools are being used to change the insects’ genome to ensure that they can’t pass along the parasites that cause those diseases.

Gates — an enthusiastic proponent of CRISPR — previously suggested CRISPR could be used to eliminate mosquitoes that transmit malaria.

According to a 2018 Business Insider report:

Gates has long been supportive of using genetic editing tools. He was one of the early investors in Editas Medicine, one of the first companies to start trying to use CRISPR to eliminate human diseases.

Gates Foundation researchers have worked for nearly a decade on ways to use genetic editing to improve crops and to wipe out malaria-carrying mosquitoes.

Scientists are also exploring other ways to use CRISPR to inhibit mosquitoes’ ability to transmit malaria — for example, by introducing genes that could eliminate the parasites as they pass through a mosquito’s gut on their way to its salivary glands, the main path through which infections are transmitted to humans.

In a 2021 blog post addressing recent CRISPR-related developments, Gates said his “excitement about CRISPR has grown from super high to off the charts.”

And in a July tweet commemorating the 10th “birthday” of CRISPR, Gates described it as “one of the most important inventions in medicine, biology, and agriculture.”

Happy 10th birthday to CRISPR, one of the most important inventions in medicine, biology, and agriculture. https://t.co/t0B0ctWPos

Gates also helped fund the currently approved RTS,S malaria vaccine — as did Gavi, The Vaccine Alliance, with which the BMGF is a partner.

Some scientists, however, are less enthusiastic about CRISPR’s gene-editing applications, warning they may result in unintended, harmful consequences.

For instance, in testimony submitted to the British Parliament in 2020, scientists Claire Robinson of GMWatch and Michael Antoniou of King’s College London warned:

GM (including gene editing) of crops, animals and foods leads to several different types of unintended genetic mutations, which unpredictably alter the function of multiple gene systems of the organism.

Altered patterns of gene function will unpredictably change the biochemistry of the organism.

And even Gates, in his 2018 Foreign Affairs article, could not ignore the myriad of ethical controversies associated with CRISPR.

Nevertheless, Gates and the BMGF have been proponents of GM mosquitoes even beyond CRISPR.

For instance, the BMGF provided funding to Oxitec, a firm that has conducted pilot projects in Florida and Brazil using GM mosquitoes, purportedly with the aim of reducing the spread of mosquito-borne viruses.

In Brazil, the GM mosquitoes that were released were said to lack the ability to produce offspring — but were nevertheless found to have reproduced.

The BMGF also reportedly was “heavily involved” in trials using GM mosquitoes in India — and even went as far as to propose, in 2017, alongside the Johns Hopkins Center for Communication Programs, the development of a mosquito emoji, to be “used for public health campaigns.”