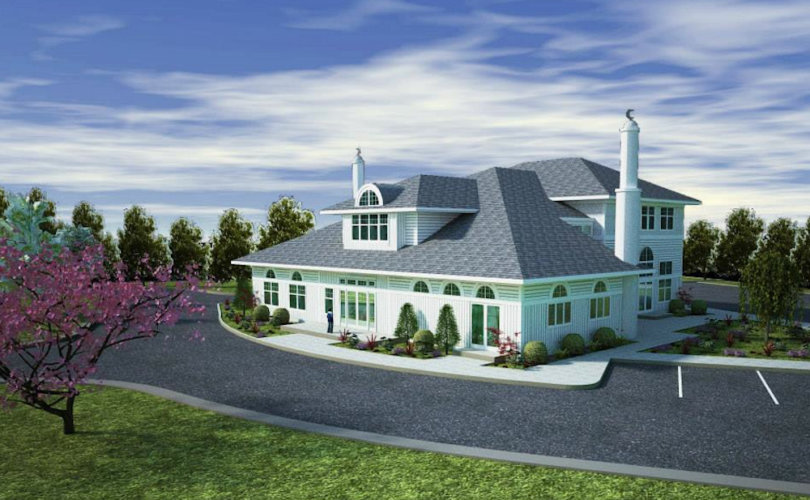 The Islamic Society of Basking Ridge is planning to build a mosque in a residential area in New Jersey.

ANN ARBOR, Mich., August 3, 2017 (Thomas More Law Center) – In a settlement agreement that reads more like an instrument of surrender, Bernards Township, New Jersey, officials agreed that — in addition to paying $3.5 million to the Islamic Society of Basking Ridge (ISBR) — residents and citizens of the Township are banned from commenting on “Islam” or “Muslims” at the upcoming public hearing to approve the settlement.

Astonishingly, a federal judge approved the prohibition as a fully enforceable Order of the Court.

As a result of this suppression of speech, the Thomas More Law Center (TMLC), a national public interest law firm based in Ann Arbor, Michigan, filed a lawsuit July 31 in the New Jersey Federal District Court on behalf of Christopher and Loretta Quick. The TMLC is representing the Quicks without charge.

TMLC’s lawsuit alleges that Bernards Township’s settlement agreement constitutes a prior restraint on speech based on content as well as a violation of the Establishment Clause because it prefers Islam over other religions. The lawsuit asks the court to declare that settlement agreement unconstitutional and to enter a preliminary and permanent injunction against its enforcement.

The Quicks reside within 200 feet of the proposed mosque construction in a zoned residential area. Yet the settlement agreement prohibits them from describing the many unique features of Islamic worship that will impact design of the building, traffic density, water and sewage, traffic control problems, road construction, and parking arrangements.

TMLC President and Chief Counsel Richard Thompson said: “As we have previously documented, ISBR has taken the extraordinary step of concealing significant links on their website to a radical group named by the federal government as an unindicted co-conspirator in the largest terrorism financing trial in American history, the Islamic Society of North America (ISNA), which is claimed by the Muslim Brotherhood as one of “our organizations.” According to internal documents seized by the FBI, the Muslim Brotherhood’s strategy is to engage in a “grand Jihad in eliminating and destroying Western civilization from within. … ”

Thompson continued, “While claiming that the Township had a religious animus against Muslims, ISBR hid from the public view its animus toward Christians and Jews, by not only hiding anti-Christian and anti-Semitic verses published on its website, but also hiding its significant ties to ISNA.

“Instead of standing up to defend its citizens against ISBR’s hate-filled, anti-Semitic and anti-Christian bias, the Township colluded with ISBR’s 'Civilization Jihad' by capitulating to payment of millions of dollars to ISBR, allowing the construction of the new mosque and Islamic center in violation of zoning codes, and now even suppressing speech concerning Islam or Muslims at a public meeting,” he said.

In March 2016, the Islamic Society filed a lawsuit in the New Jersey Federal District Court alleging that Bernards Township had discriminated against the Islamic Society when it declined to approve the construction of a large mosque on a lot that was far too small to handle the contemplated structure. And in November 2016, the United States represented by the U.S. Justice Department filed a second lawsuit against the Township on similar grounds. The settlement agreement covers both lawsuits.