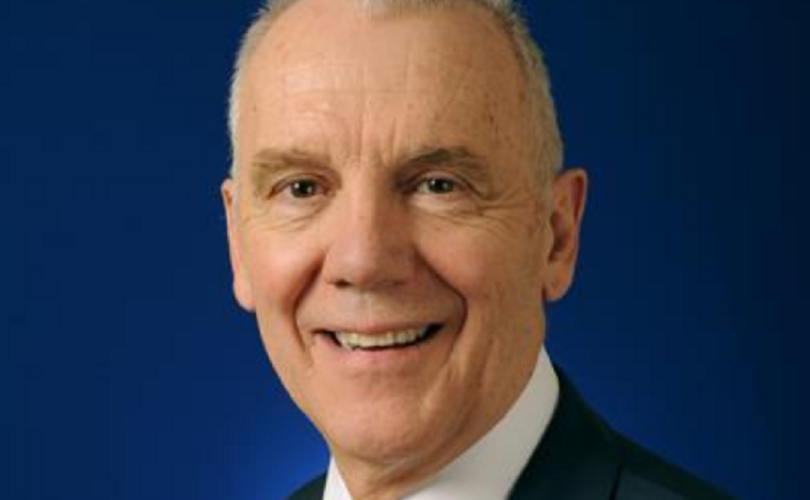 The speech was made by retired Lt.-Gen. Michel Maisonneuve on November 9 in Ottawa at a gala event, at which he accepted the prestigious Vimy Award.

During his speech, Maisonneuve, who is a 35-year Canadian Armed Forces veteran, was direct in his take on the current leadership of Canada under Prime Minister Justin Trudeau, without directly naming people.

“Can you imagine a military leader labeling half of his command as deplorables, fringe radicals and less-thans and then expect them to fight as one?” Maisonneuve asked rhetorically.

“Today’s leaders must find a way to unite; not divide.”

Maisonneuve‘s statement seems to be a reference to a remark made by Trudeau during the anti-mandate Freedom Convoy protest – which featured noticeable support from active and retired members of the nation’s armed forces – in which the prime minister said that those opposing his measures were of a “small, fringe minority” who hold “unacceptable views.”

In the speech, Maisonneuve lamented how Canada was once a “great” nation, but in recent years has faltered in being a leader in the world.

“Since this is my speech, I get to share what I believe Canada needs to do to take the world stage again,” said Maisonneuve. “What will it take? Well, I believe it will take leadership and service. These two crucial foundations of greatness for any nation have somehow become secondary — lost in these days of entitlement, ‘me first’, ‘not my problem’ and endless subsidies and handouts.”

Maisonneuve noted how leaders “should” take “responsibility” when aspects of a nation fail, and that leaders have used social media as a tool in essence steer clear from being truthful.

He noted how today, “cancel culture still flourishes and there is no call for redaction or amendment even when accusations are proved false. Truth is not a requirement; once cancelled, you are done.”

Maisonneuve then took a swipe at today’s mainstream press, saying that “balanced journalism is difficult to find,” adding that the practice of presenting the truth or “facts” is “no longer compulsory in mainstream media.”

“The line between ‘news’ and op-eds has blurred and too often we are subjected to sermons written not by seasoned journalists but by first-year graduates of woke journalism schools,” he charged.

Maisonneuve said that when it comes to forms of “extremism” on both the left and right, it seems to be “flourishing.”

“Canada’s prosperity is being sacrificed at the altar of climate change as opposed to being used to help the world transition to clean energy. Throwing soup and paint at the world’s art treasures is as heinous as it is useless. The perpetrators should be punished, not celebrated,” stated Maisonneuve.

Maisonneuve then noted how cancel culture and entitlement have resulted in one not taking “personal responsibility” for their actions, a phenomenon he says has “disappeared from the landscape while the phenomenon of collective apologies flourishes in our country.”

“Individuals and groups fight over who gets to wear the coveted victim’s cloak. But any role they may have played in their own fate or in injuring others is dismissed as learned behaviour, inherited flaws or generational oppression,” pressed the veteran.

Maisonneuve said that “enough statues have been toppled,” and that “erasing our history is not the solution.”

He then gave his thoughts on new military dress codes which allow for those in uniform to color their hair, grow beards, and have more choices in what they wear.

“Today, I see a military woefully underfunded, undermanned and under-appreciated; a force where uniforms have become a means of personal expression rather than a symbol of collective pride and unity: uniforms are no longer uniform,” he lamented.

“The idea of serving in our armed forces is getting little traction. Could it be because the moral contract under which our military serve is broken?”

Ending on a positive note, Maisonneuve said that despite all this, he still believes “we can make Canada better.”

“We Canadians live in the greatest country in the world with almost unlimited resources, a tolerant and diverse people, and an educated population who can aspire to the greatest heights. We should be prepared to serve our country and be proud to do so. And our leaders must share this vision.”