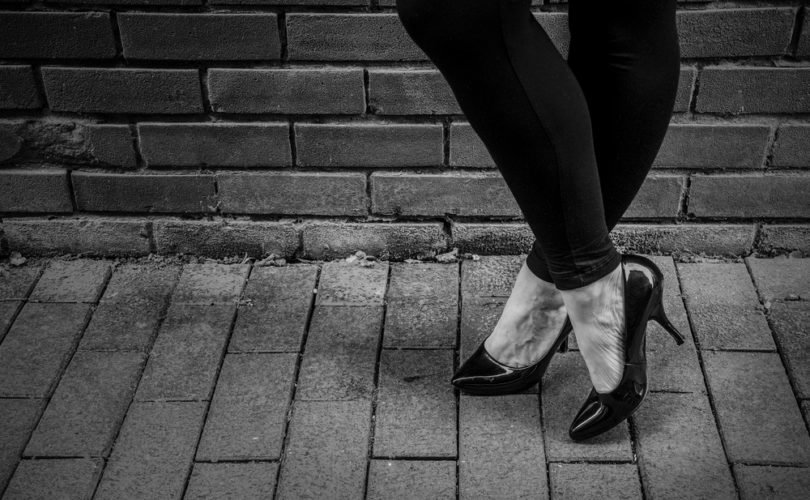 Diane “Sunset” Thomas spent nearly 20 years as a prominent adult film actress before turning to prostitution, and now she’s renounced both, walking away with nothing after having her earnings plundered over the years by those who used her.

“I’m finally out. I was tired of the stress and people forcing me to do things I don’t want to do,” Thomas told Texas reporter Ben Tinsley. “I’m tired of people trying to pressure me to keep doing it when I don’t have to do it,” she said. “I want to live a normal life like everyone else.”

Thomas detailed her story for Tinsley on his blog, sharing that she has found love with someone who has helped her start a new life, a work in progress that continues.

Thomas had wanted to leave prostitution but was trapped in very poor conditions because of finances. Thomas and fiancé Dr. Robert Martin met a couple years ago when Martin was trying to help another woman out of the industry.

“There are many of these ladies who would love to be out of that life,” Martin told Tinsley. “Psychological reprogramming takes a lot. It’s a chance to be yourself again, but you have to relearn how to do it.”

Martin said there are a lot of people who don’t want women to leave the brothels because of the money they would lose.

The conditions at the brothel where Thomas was working were prison-like with two week, 24/7 lockdowns, he said, and those in control knew how to manage the women to keep their revenue coming in.

“It was an existence for her that became more and more unbearable, mentally and physically,” said Martin. “She wanted to leave, but the money she was making for them was an incentive for them to keep her in it.”

It took several tries before Thomas could free herself.

“I told her from the start, ‘You deserve better than this,’” Martin said. “But it took her a long time to get to the point where she was ready for me to get her out of there.”

It’s been nearly a year since she left.

Martin’s help for Thomas has included walking with her while she recovers from alcoholism.

“It has been a difficult road,” he said. “Alcohol dependence was her way of coping with the trauma of her life and the abuse she was living in. There has been a lot of trauma of the body and the mind.”

Thomas finds comfort these days in horseback riding, Tinsley reports. This is important, Martin said, because Thomas is just a country girl at heart.

“It’s something she loves to do,” said Martin. “It is good therapy and very relaxing. It allows her to clear her mind and have some fun and be herself.”

Thomas has the support of her family in finding the courage to walk away, including a grown son and her mother, who cares for her younger son.

Her mother Margie Stanley said it was tough to hear her daughter say again and again that she didn’t want to live like she’d been living anymore.

“I heard her cry and say she did not want to do these things,” said Stanley. “But no one would help, until Robert (Martin).”

Her daughter’s future is brighter, she said, but it will be a process to recover from her former life, when all the men who worked with her saw in her was dollar signs.

Thomas’ son Zach Fowler concurred with his grandmother that his mom was doing better after leaving her past life.

“ …. I can tell she’s better since she left,” he said. “She has a better vibe now. I’m happy that she seems more comfortable, more laid back. I have seen a lot of change in her.”

Thomas and Martin try to go dancing and play billiards as often as possible, Tinley reports, because Thomas enjoys those things very much.

Martin goes out of his way to give Thomas a lot of attention, to make her feel safe, achieving apparent success.

“I don’t think I have ever been so happy in my life,” Thomas said.