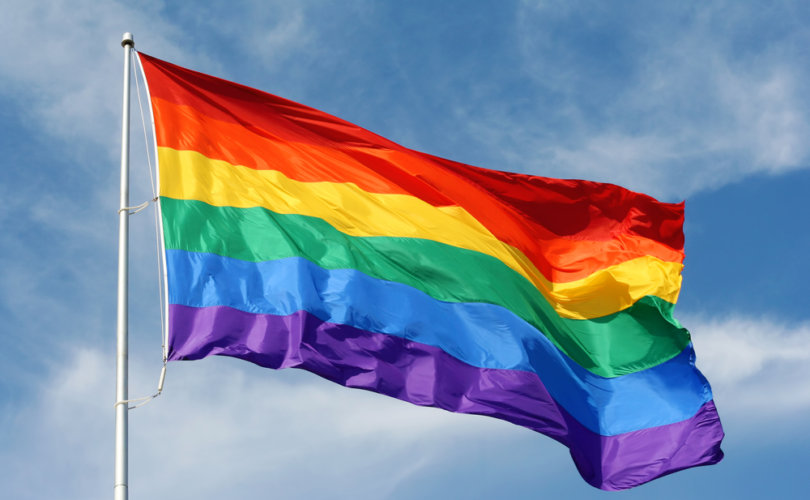 August 3, 2018 (Joseph Sciambra) – From October 2 to 4, 2018, Fr. Bryan Massingale will lead “a retreat for gay priests, brothers, and deacons” at Siena Retreat Center in Racine, Wisconsin, in the Archdiocese of Milwaukee. The Siena Retreat Center is overseen by the Racine Dominican Sisters. The retreat is sponsored by the dissident pro-gay marriage group New Ways Ministry. Later this year, on November 16-18, 2018, the Siena Retreat Center will also host a conference for “lesbian sisters, congregational leaders, and vocation & formation ministers.” The speakers include Cristina L.H. Traina, the chair of religious studies at Northwestern University. Traina is a member of St. Nicholas Roman Catholic Church in Evanston, Illinois, Archdiocese of Chicago, where she is active in the Gay and Lesbian Ministry. In 2013, concerning the legalization of same-sex marriage, she wrote:

Same-sex marriage initiatives do not require Catholic clergy to marry gay and lesbian couples and do not devalue heterosexual marriage or encourage casual sex. If anything, same-sex marriage enshrines stable two-parent households as profoundly valuable, all things being equal, to children's welfare.

In a separate article, she again argued for an acceptance of same-sex marriage in the Catholic Church:

Pope Benedict acknowledged the integrity of people who want to use condoms to forestall the spread of an often-fatal disease, though the Catholic Church teaches that sex should be confined to marriage and that monogamy and abstinence are better protection than condoms against HIV/AIDS. American bishops could follow suit by acknowledging the integrity of same-sex couples who want to marry, declare their fidelity, and raise children together, though the Catholic Church teaches that marriage should be confined to heterosexual couples.

The implication of the popes' actions is clear: marriage equality could be an important stepping stone to a holy life and therefore just might be good law.

Bryan Massingale is currently a professor of theology at Fordham University. In 2017, Massingale spoke at New Ways Ministry's Eight National Symposium. In 1999, the co-founders of New Ways Ministry were officially silenced by the Vatican. In 2010, Cardinal Francis George, OMI, archbishop of Chicago and then-president of the United States Conference of Catholic Bishops, issued the following statement on the status of the organization “New Ways Ministry” (excerpted here):

No one should be misled by the claim that New Ways Ministry provides an authentic interpretation of Catholic teaching and an authentic Catholic pastoral practice. Their claim to be Catholic only confuses the faithful regarding the authentic teaching and ministry of the Church with respect to persons with a homosexual inclination. Accordingly, I wish to make it clear that, like other groups that claim to be Catholic but deny central aspects of Church teaching, New Ways Ministry has no approval or recognition from the Catholic Church and that they cannot speak on behalf of the Catholic faithful in the United States.

According to an article from the National Catholic Reporter about the 2017 New Ways Ministry Symposium:

Massingale, a priest of the Milwaukee archdiocese, shared a note he had received in 2002 from Rembert Weakland, who earlier that year had resigned as archbishop of Milwaukee after a man he'd had an affair with two decades earlier and he had paid to $450,000 to keep it quiet made the relationship public. Weakland wrote: “On the gay issue, the level of fears is so high that the official teaching of the church skates so very close to the edge of a new 'theology of contempt.'”

The situation leaves the church in an often contradictory corridor or “open closet,” … one in which gays “are to be accepted sensitively and compassionately, as long as there is little or no public acknowledgment of their sexual identity,' lifestyle' or 'culture.'”

On March 16, 2018, Massingale was a panel presenter at the Los Angeles Religious Education Congress for a workshop entitled “Transgender in Our Schools: One Bread, One Body.” On the topic of transgenderism and the Catholic Church, Massingale stated that the Church is in “a period of discernment“:

So, what do we do when we don't understand? It means the Catholic Church is all over the board on this. It means if you go to Holy Rosary College, and you transition as a student, they will welcome you with open arms, and the campus ministry will accept you and they will provide housing and accommodations. Or you go to Saint Kundykunda's, try not to pick anybody … and you transition, you can be expelled. Because that's the kind of place we are at right now because the Catholic Church is in a period of discernment as we are trying to understand what we don't understand.

Concerning a change in Church teaching with regard to homosexual activity, in comparison to the process that took place in the Episcopal, Presbyterian, Methodist, and Lutheran churches, Massingale argued:

They all went through a messy period marked by a divergence of opinion and open disagreement on approach[.] … We can't expect the Catholic experience to be any different. The differences we see among official leaders are part of a normal process of coming to a different place.

I think this is a call for us as Catholics to accept the reality that we live in a church that's in the midst of hesitant but real change and development. How do we help our people to understand that this isn't something that's entirely new in church history?

He would later add:

We're in this transitional time when we're moving out of one paradigm of understanding human sexuality and into another. That's part of the mess we're in, but it is our faith as Catholics that this mess contains the ground for new life and new birth.

Because trans people are not talking about choosing their gender. They are talking about a process of discovery. And it's very different than I woke up one day and I am going to be a woman. No, it's not that simple. What it does say though is that the Catholic Church is like most of us. We're afraid. What are we afraid of? We're afraid that if we make room for that which we do not understand that we could be falling into moral chaos somewhere.

On April 5, 2018, Jesuit James Martin promoted the upcoming retreat for gay priests at Siena Retreat Center on his official Facebook page. In 2017, when Archdiocese of Milwaukee priest Greg Greiten came out publicly as gay, Martin praised Greiten as “a pioneer.” Archbishop Listecki of Milwaukee released the following statement:

We support Father Greiten in his own, personal journey and telling his story of coming to understand and live with his sexual orientation.