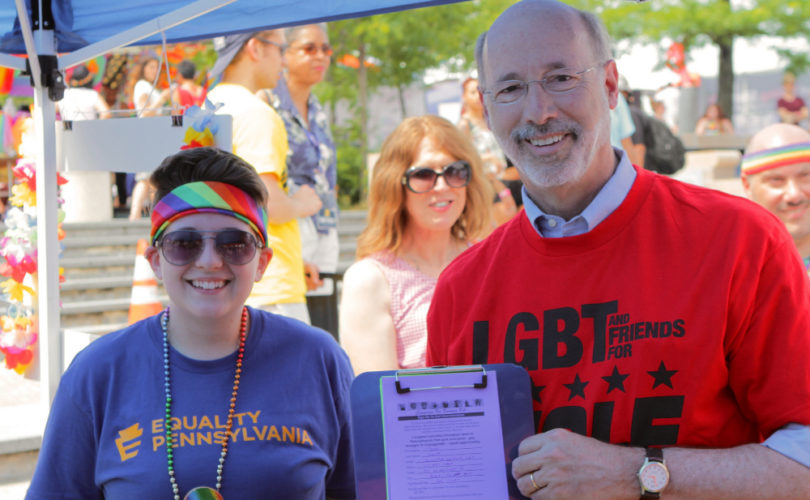 The Republican Party of Pennsylvania has mailed out a mass flier linking the Democratic candidate for governor, Tom Wolf, to Kermit Gosnell, the state's most infamous abortionist.

Pennsylvanians going to their mailbox will see Wolf's picture next to that of Gosnell, who was convicted of murdering newborn children in his West Philadelphia “house of horrors.”

“Will pro-abortion Tom Wolf take us back?” the mailer asks.

According to Wolf spokeswoman Beth Melena, “This type of politics has no place in Pennsylvania.” She accused the GOP of “resorting to unfounded scare tactics.”

Despite the recent Gosnell tragedy, Wolf has said he would not sign a bill requiring abortionists to have admitting privileges at local hospitals. “This is just an attempt to make it more difficult for women to access reproductive health care,” Melena said.

The state's pro-life leaders say Wolf's views and endorsements show a clear pro-abortion record. “I am thankful to NARAL Pro-Choice America PAC for their support,” Wolf said after receiving their endorsement.

“The endorsement clearly indicates that a Wolf administration will attempt to turn back the clock on the significant gains Pennsylvania has made in protecting women and children in the aftermath of the massive Kermit Gosnell tragedy,” said Maria Gallagher, legislative and PAC director of the Pennsylvania Pro-Life Federation.

“Governor Tom Corbett took swift action in response to the Gosnell case, holding bureaucratic ideologues responsible, retooling the state health department, and insisting on inspections of abortion facilities,” she added. “Governor Corbett also signed into law Pennsylvania's landmark abortion center regulation bill, which placed the Commonwealth at the forefront of national efforts to safeguard the health and safety of women.”

Corbett is considered the most vulnerable Republican governor facing re-election.

Gosnell’s attorney: State inspections could have prevented ‘house of horrors’