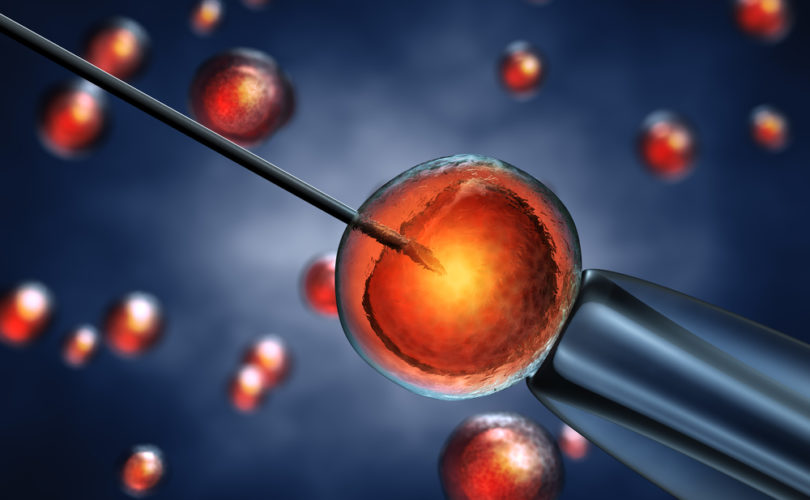 September 23, 2015 (LifeSiteNews) – Retired hockey star Gordie Howe and NFL football star John Brodie have both had fetal stem cells injected into their spines to treat strokes, but because they had adult stem cells administered intravenously at the same time, critics say there is no way to know if their recoveries derive from the fetal cells.

“There is no way to learn which is responsible,” Theresa Deisher of Seattle-based AVM Biotechnology, told LifeSiteNews. A second problem is more serious: fetal stem cells were the scientific rage a decade ago because of their capacity to turn into any kind of tissue, but they also could turn into runaway tumors. When tested on living subjects to replace damaged tissue, they often did.

Warned Deisher, whose company develops ethical treatments and cures: “So it will be years before we know if this is a safe treatment, because the tumors that fetal stem cells have caused in the past usually take years to develop.”

But a recent story in USA Today reveals a third problem – a moral one. The developer of the stem cells lines used to treat Howe and Brodie, Stemedica Cell Technologies of San Diego, is loath to admit that its “neural stem cells” are derived or bred from the brain of a single unborn human baby.

“Stemedica is scientifically correct in calling its neural stem cells adult stem cells,” Debi Vinnedge, the director of Children of God for Life, an organization whose mission is to monitor the biotechnology industry for ethical violations. “But it is morally wrong.”

As Vinnedge explains (Stemedica did not reply to LSN's request for comment), when an embryo becomes a fetus after eight weeks' gestation, a crucial difference between the two developmental states is that fetal stem cells in the unborn child can no longer turn into any kind of tissue after eight weeks. Rather, the cells specialize on what kind of tissue each can become. The distinction is permanent. Thus, from eight weeks on, American scientists call them “adult” stem cells.

USA Today notes that Gordie Howe's and Brodie's treatment with neural stem cells derived from the brain of a single human fetus has been accomplished not only without controversy, but even without being noticed by most of the media. Thus, ESPN's Keith Olbermann commented during his interview of Stemedica's CEO Maynard Howe that “your firm uses the stems cells that are donated by adult volunteers.” Noted USA Today, “Maynard Howe didn't correct him.”

“We don't use the term fetal too much,” the CEO admitted.

In fact, a list of news releases on Stemedica's website going back to 2011 never uses the word “fetus” or “fetal” in connection with its line of “neural stem cells.” These news releases track the uneven progress of fetal stem cell treatment and treatment using mesenchymal cells, which are derived from the bone marrow of a young adult. Both got patented, but so far, only the bone marrow treatment has won the U.S. Food and Drug Administration's approval for testing on humans. Indeed, one release notes a 2012 meeting with the FDA to discuss fetal cell trials, but the subject never again is raised in another news release.

As far back as 2011, Stemedica was boasting of successful use of its adult stem cells actually derived from adults to treat strokes. As for its fetal stem cell treatment, Stemedica could claim a successful trial only with rats with spinal cord injuries.

Stemedica's bone marrow cell treatment has a brand name, Stemedyne MSC, and has produced successes in trials in Switzerland, the U.S., and Mexico. The fetal treatment has been handed over to a contractor to test on Southeast Asians. So far, there have been no positive test results.

Gordie Howe's treatment with fetal stem cells was reported back in 2012 in Canada. But nobody has ever accused the Canadian news media of being overly hung up on moral issues, and CTV news coverage is no exception. CTV noted only technical issues with fetal stem cells (did they work, or was Howe's reported improvement the result of his body's natural recovery?). CTV ignored both the moral issues and even the lengthy American controversy involving movie star Chris Reeves and several U.S. presidents.

US News found a scientist to defend Stemedica's reticence about its fetal tissue, but it also noted that the National Stem Cell Foundation of Australia calls a spade a spade and calls a fetal stem cell a stem cell “derived from donated fetal tissue.”

The Catholic Church teaches that it is immoral to use tissue from the bodies of  aborted children or tissue derived from them.