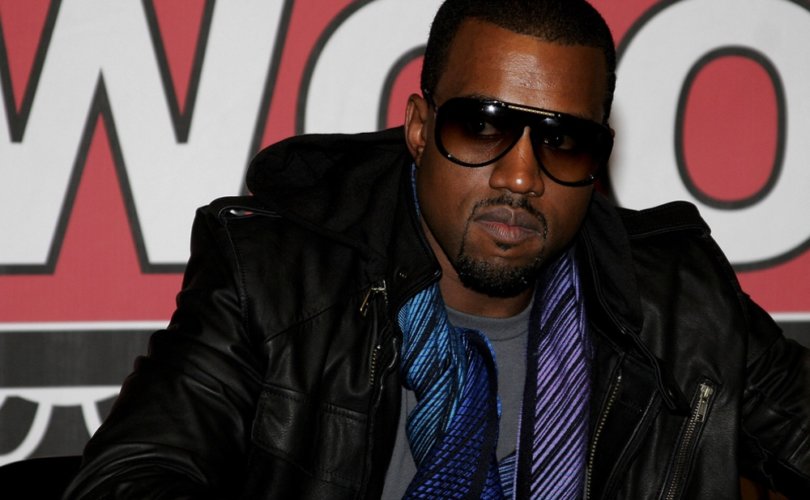 April 27, 2018 (LifeSiteNews) — Rapper Kanye West has been raising eyebrows on both the left and right recently for a series of comments dissenting from liberal orthodoxy, and one of his latest tweets reveals that a surprising figure is inadvertently helping his ideological evolution.

On Wednesday, West wrote a series of tweets in which he said he loved his “brother,” President Donald Trump. “I don't agree with everything anyone does,” he continued. “That's what makes us individuals.”

While adding that “I love Hillary [Clinton] too,” West went on to criticize former President Barack Obama for the fact that “nothing in Chicago changed” after his eight years in office.

On Thursday, The Daily Wire highlighted a tweet in which West shares a brief video of his computer screen, during which one of his web browser tabs displays “Why You Need Art in Your Life,” a lecture by psychology professor and pundit Jordan Peterson.

The Daily Wire’s Amanda Prestigiacomo called West’s apparent interest in the “thought-provoking values-centered” Peterson a “tough break for the Left.”

Peterson has amassed a strong following of conservative fans for his hard-hitting assessments of political and cultural issues. He has argued that “abortion is clearly wrong,” called “intact heterosexual two-parent families” the “necessary bedrock for a stable polity,” decried transgender ideology as “completely insane,” encouraged parents to oppose the “indoctrination” of so-called “comprehensive” sex-education, and advised college students not to appease left-wing professors or submit to political correctness.

“There is nothing that you will possibly do in your entire life that will serve you better than to get control of your voice in university,” Peterson told an audience at Ontario’s Queen’s University in March. Echoing Kanye’s own recent emphasis on independent thought, Peterson continued, “You do that by writing what you think. You stay true to yourself while you write what you think.”

For his part, Peterson first reacted with amusement, quipping that it signified progress in his “plan for world domination.”

However, Peterson later tweeted a link to a Mic piece headlined, “Kanye West just tweeted the work of Jordan Peterson, another conservative thinker,” and lamented how “terrible, boring and mindless” it was to view everything through an “ideological” lens.

Everything has become ideological. How terrible, boring and mindless. https://t.co/ZGBUeQN13i

In an even more striking turnaround from his infamous 2005 declaration that “George Bush doesn’t care about black people,” West suggested Friday that he might even identify as a conservative in the future.

I haven't done enough research on conservatives to call myself or be called one. I'm just refusing to be enslaved by monolithic thought.