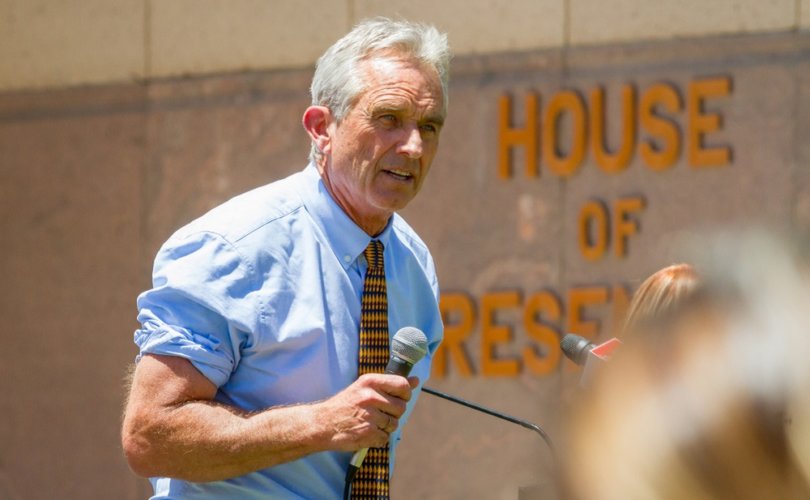 (The Epoch Times) – People who were branded as disinformation purveyors say the new documents showing coordination between Big Tech and President Joe Biden’s administration is an important step in combating the collusion.

“As one of the Disinformation Dozen, I am thrilled to see that both Eric Schmitt of Missouri and Jeffrey Landry of Louisiana have had the courage to take a stand against the massive and well orchestrated censorship that has attempted to silence me, my colleagues and, quite frankly, hundreds of others. It is about time,” Dr. Christiane Northrup, an obstetrician-gynecologist, told The Epoch Times in a text message.

Schmitt and Landry, both Republican attorney generals, brought a suit against the administration for alleged violations of the First Amendment in pressuring social media companies to censor users. The documents came as a result of discovery in the case.

In 2021, a nonprofit called the Center for Countering Digital Hate claimed that just 12 people—described as the “disinformation dozen”—were responsible for most of the “anti-vaccine” content on social media.

The White House took the report and used it to pressure Big Tech to suppress alleged misinformation and disinformation.

Then-White House press secretary Jen Psaki told reporters on July 16, 2021, that the administration was in regular contact with social media platforms and was focused on getting them to step up enforcement.

“We have recommended—proposed that they create a robust enforcement strategy that bridges their properties and provides transparency about the rules,” she said. “There’s about 12 people who are producing 65 percent of anti-vaccine misinformation on social media platforms. All of them remain active on Facebook, despite some even being banned on other platforms, including Facebook—ones that Facebook owns.”

Behind the scenes, Facebook responded to the pressure, the new documents show.

A Facebook official, whose name was redacted, told White House officials in a July 23, 2021, email after a Facebook-White House meeting that “we talked about the speed at which we are all having to iterate as the pandemic progresses.”

“I wanted to make sure you saw the steps we took just this past week to adjust policies on what we are removing with respect to misinformation, as well as steps taken to further address the ‘disinfo dozen’: we removed 17 additional Pages, Groups, and Instagram accounts tied to the disinfo dozen (so a total of 39 Profiles, Pages, Groups, and IG accounts deleted thus far, resulting in every member of the disinfo dozen having had at least one such entity removed),” the Facebook employee wrote.

“We are also continuing to make 4 other Pages and Profiles, which have not yet met their removal thresholds, more difficult to find on our platform. We also expanded the group of false claims that we remove, to keep up with recent trends of misinformation that we are seeing,” the worker added.

The documents also showed that over 50 administration officials and 12 agencies were involved in the censorship effort, regularly pressuring Facebook, Twitter, and Google to take action.

Robert F. Kennedy Jr., chairman of Children’s Health Defense (CHD) and another person included in the “disinformation dozen,” said the documents surprised him.

“I’m astonished that any elected Democrat would be so estranged from our nation’s history and values as to consider it acceptable for a president to pressure publishers to censor his critics,” Kennedy told The Epoch Times in an emailed statement.

“It’s shocking that a U.S. president would involve the FBI and Homeland Security in efforts to quash dissent. Has no one in the White House read Thomas Paine or Orwell or Huxley or Heinlein or Arthur Koestler or Hannah Arendt or Solzhenitsyn? What do they think the lessons were that we were supposed to have learned from Watergate? From McCarthyism? From Vietnam?” he added. “The framer’s placed the right of free expression in the First Amendment precisely to guarantee Americans our sacred right to criticize our government. The First Amendment is not there to safeguard popular speech or government-approved speech. The framers specifically wanted to protect speech that the government finds inconvenient or even detestable. And they included no pandemic exception in the Constitution!”

Kevin Jenkins, the co-chair of the Zelenko Freedom Foundation, also welcomed the release of the documents.

“The truth is coming out every day! This important lawsuit gives us a voice as we continue to battle for the soul of the country. When I was placed on the Disinformation 12 list, it reminded me of a dark historical period when great men and women of their time were attacked and vilified by the same government that’s attempting to censor us from spreading the truth like a mantra,” Jenkins told The Epoch Times in a message.

“We are turning their narrative of misinformation into a movement of truth!” he added.

Zachary Stieber covers U.S. and world news. He is based in Maryland.