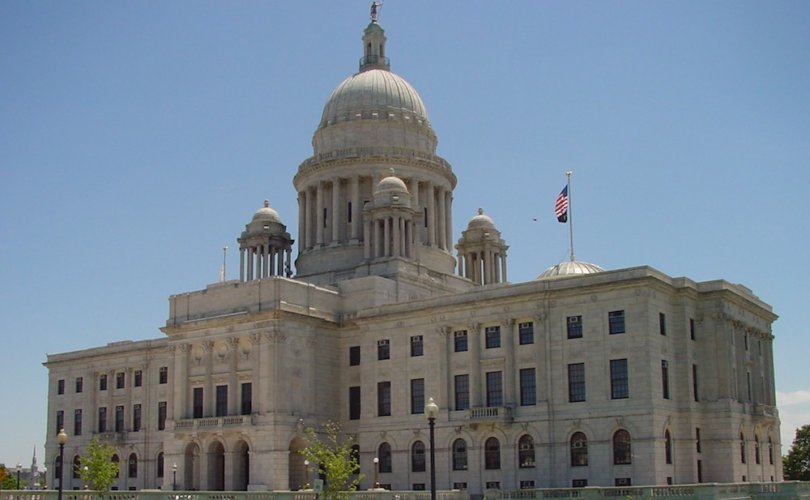 PROVIDENCE, February 6, 2019 (LifeSiteNews) – A Democrat member of the Rhode Island legislature has withdrawn his cosponsorship of a proposed bill to leave abortion effectively unregulated in the state, claiming he failed to examine what the law would actually do before putting his name to it.

House Bill 5127, the so-called Rhode Island Reproductive Health Care Act, is billed by its supporters as a simple legislative codification of Roe v. Wade to preserve the state’s status quo if the U.S. Supreme Court overturns the 1973 ruling in the near future. But pro-lifers warn that its provisions would go much further.

It would eliminate any restrictions on abortion methods and late-term abortions, require the state to fund abortions for women eligible for Medicaid or covered by the “payer of last Resort” program, and repeal the state’s recognition of viable preborn children as potential assault or homicide victims, according to Rhode Island Right to Life’s legal analysis.

Nevertheless, Rhode Island Gov. Gina Raimondo, a Democrat who identifies as Catholic, vocally supports it as a way to “codify women's access to reproductive health care here in Rhode Island.”

Since then, freshman Democrat Rep. Jose Serodio has filed the paperwork to withdraw as one of the bill’s 39 House cosponsors, the Providence Journal reports. He explained to the paper that “someone asked me to sign something,” and as a new lawmaker he wanted to be “polite.”

“I didn’t know exactly what I was signing,” Serodio continued, claiming he realized what he had done during a conversation with his former primary opponent David V. O’Connell. “I thought you were pro-life,” O’Connell pressed him.

“When I realized my mistake, I went back and withdrew my signature,” Serodio said, adding the snafu taught him a valuable lesson: “read.”

The Rhode Island State Right To Life Committee touted the cosponsor’s withdrawal in a recent legislative alert, and said it is “presently attempting to quietly peel off a few more.” It also plans to mobilize opposition to the bill via print, radio, and social media advertising.

One pro-life Rhode Island lawmaker recently was the target of the following written testimony from failed 2018 Senate candidate Melanie DuPont, “who identifies herself as the secretary of the Rhode Island Democratic Party Women’s Caucus,” according to the Providence Journal:

“A vital part of the Mission of the Women’s Caucus, is to ensure gender equality in our laws. … Therefore I contend that, any time my State Representative, Gregory J. Costantino, tries to abridge my rights as a woman, and endanger my life, I, Melanie DuPont, should return the favor, and try to abridge his rights as a man, and endanger his life.”

Police are investigating; DuPont says it was meant as satire.

Rep. Serodio’s withdrawing of his support of Rhode Island’s abortion-without-limits bill is reminiscent of an apology Virginia Del. Dawn Adams made for supporting her state’s much-publicized, now-failed infanticide bill.