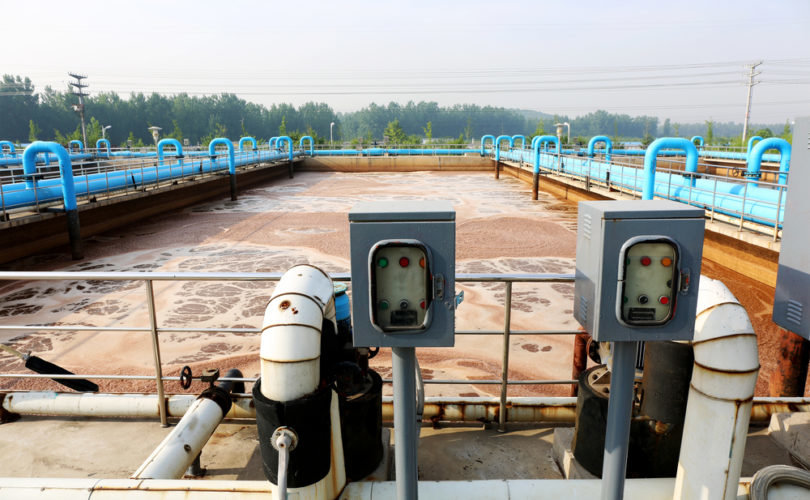 The Catholic Diocese of Providence, Rhode Island, has offered to bury a baby, determined to have been about 19 or 20 weeks gestation at the time of his death, whose body was found earlier this month in a sewage treatment plant.

Rhode Island Bishop Thomas Tobin said he was heartbroken to hear the news of the discarded baby, and described the circumstances as “profoundly disturbing.”

“Every child is born in the image and likeness of God,” Bishop Tobin said in a January 15 statement. “To find a child in this situation is just heartbreaking and incomprehensible. We, as a society, can and should do better.”

“Pope Francis has often spoken about the throwaway culture which we live in that affects so many poor people and so many individuals, including unborn children, and that’s what we’re dealing with today.”

The bishop said that the baby deserves “decency and dignity” and had therefore stepped forward “to offer a decent and dignified funeral and burial for this unborn child.”

The bishop has often spoken out in defense of life, most recently refusing to attend the inauguration of Rhode Island’s new pro-abortion governor, and by calling for the faithful to write in Mother Teresa as a candidate in last fall’s elections if no suitable pro-life candidates were available. Bishop Tobin had also instructed the late pro-abortion Senator Ted Kennedy, a Catholic, not to present himself for Communion, in accord for Cana Law 915.

The Rhode Island baby was found the afternoon of January 12 by an employee of the Bucklin Wastewater Treatment Facility in East Providence, who initially thought the child was a toy that had flowed in from a sewer.

The area at the treatment plant where the baby boy was found indicated his body could have moved through the wastewater system.

Diocesan officials are working with the medical examiner, East Providence Police and the state’s Office of Public Assistance to assist in the child’s burial. However, with an investigation in progress, it could be up to a month before the baby’s body is released.

Bishop Tobin expressed concern for the child’s mother as well, acknowledging she may have been in a very trying personal situation.

Prayers for the mother’s physical, emotional and spiritual well-being were needed, he said, adding that there are a lot of good people in the community and the Church who even now would offer her support and assistance if she were to come forward.

“As we think about the mom, though, and lament the final disposition of her baby, we should understand that similar situations occur every time an abortion takes place in our nation, and even here in our local community,” Bishop Tobin said.

“That means there are about 4,000 babies being ‘disposed of’,” he continued. “Additionally, 4,000 abortions mean that about 4,000 women will live with the physical and psychological harm of this unnatural, invasive procedure, along with the spiritual harm of having destroyed their own child, one of God’s precious creations.”

Bishop Tobin said that Planned Parenthood was leading the charge in this war on children, lamenting the number of abortions committed by the abortion giant, and calling for an end to its massive taxpayer-subsidization.

“Let’s be very clear. Planned Parenthood is a destructive, immoral organization,” the bishop declared. “The primary reason for its existence is the termination of pregnancy, i.e., the death of unborn children. How any Catholic worthy of the name can be supportive of, or associated in any way with, Planned Parenthood and its evil agenda is completely beyond me.”

He dismissed partisanship and even religious divisions as approaches to consider in response to today’s throwaway culture, and stressed the humanity of the unborn, quoting Pope Francis’ document Evangelii Gaudium (The Joy of the Gospel), where the Holy Father had said, “It is not ‘progressive’ to try to resolve problems by eliminating a human life.”

“It’s a question of human rights, fundamental human dignity,” Bishop Tobin stated. “It should concern us all!”

Instead of voting for a pro-abortion politician, write in Mother Teresa: Bishop Tobin
Bishop Thomas Tobin: Civil unions ‘just another name for what would be same-sex marriage’
Bishop Tobin Asked Rep. Kennedy Not to Receive Communion