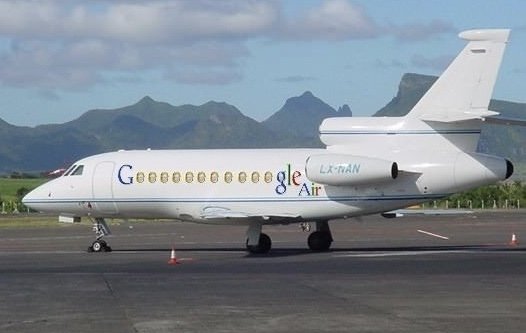 The three-day mega-party will cost Google a reported $20 million to bring together jetsetter trendsetters who, according to Italian media, will come in as many as 114 private jet planes.

As of Sunday, 40 had arrived already. According to the New York Post, 114 flights from Los Angeles to Palermo would add about 100,000 kilograms of carbon dioxide into the air. It has not been reported whether the celebrity guests will discuss their own effects on alleged climate change.

The relatively small amounts of carbon dioxide released by human activity — small when compared with natural occurring carbon producers, such as active volcanoes — has been blamed for changes in the climate, including global climate warming.

Guests in the past have been entertained with performances by fellow A-listers such as Elton John, Chris Martin, and Gordon Sumner a.k.a. Sting. This year, a performance will be staged at the ruins of an ancient Greek temple, which is a UNESCO World Heritage site. This year marks the fourth Google Camp.

Fashion mogul Diane von Furstenberg and husband Barry Diller, a billionaire media developer, embarked to the party on the 300-foot Eos, one of the largest sailing yachts in the world. The Eos features two 2,300-horsepower CO2-spewing diesel engines.

The mega-yacht Andromeda, which was once owned by New Zealand billionaire Graeme Hart, is also on hand. CEO Eric Schmidt of Harbor Freight Tools reportedly brought his 240+ foot yacht, Intrepid.

Guests will stay at the luxurious Verdura Resort. While guests will pay their own way to the event, Google will pick up the tab for everything else at the garden spot. The nightly cost of rooms start at about $1,000, according to reports.

A source told the New York Post that the purpose of the event is for “influential people to get together to discuss how to make the world better.”

Some of the guests were seen driving in Sicily in exotic sports cars. Perry was seen in a Maserati that manages to get 15 mpg in city driving.

For his part, Prince Harry told primatologist Jane Goodall in an edition of British Vogue edited by his wife, Meghan Markle, that he plans to have a maximum of two children. Expressing fears over global warming, the prince told Goodall: “What we need to remind everybody is: these are things that are happening now. We are already living in it. We are the frog in the water and it's already been brought to the boil. Which is terrifying.”

When he said that he had always wanted children, Goodall said, “Not too many.” The former army officer answered, “Two, maximum.”

The controversy over global climate change within academic and media circles continues. However, retired NOAA scientist Rex Fleming Ph.D told interviewer James Delingpole in a podcast that he has joined former United Nations and U.S. government scientists who dissent from the theory of man-made climate change.

“CO2 has no impact on climate change,” Fleming said. “Past climates have been warm and cold and warm and cold with no changes in carbon dioxide. How can that be a cause when there's no correlation.”

In addition, he said several American scientific organizations will not support any scientist who casts doubt on the theory of man-made climate change. He told Delingpole that he had to go to Europe to publish a peer-reviewed article on the subject.

Billionaire Summer Camp: The Rich And Famous Flock To Sicily For The Top Secret Google Retreat. Chris Martin performs at the ruins for VIPS including @Harry_Styles and @katyperry, via @Forbes https://t.co/knrsqZWlpw pic.twitter.com/sfvoh16tbG