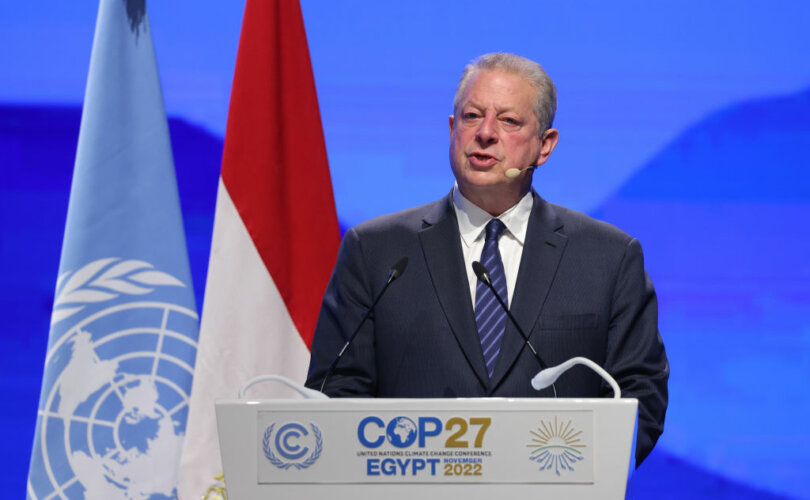 SHARM EL-SHEIKH, Egypt (LifeSiteNews) — A United Nations report has called for wealthy nations to “invest” over $2 trillion in developing countries by 2030 to address the alleged climate crisis.

The “Finance for Climate Action” report, developed in a partnership between Egypt and the U.K. – the respective hosts of the COP27 and COP26 climate summits –was released on Tuesday. It calls for a “major, rapid and sustained investment push … to drive a strong and sustainable recovery out of current and recent crises, transform economic growth, and to deliver on shared development and climate goals.”

This is unlikely to be applauded by the 41% of climate scientists who are willing to admit that they don’t believe that there is a climate crisis.

According to the report, the goal of limiting global average temperature rises to 1.5­ Celsius, set forward in the pro-abortion Paris Climate Agreement, can be achieved only through “$1 trillion per year in external finance” before 2030, to be donated to “emerging markets and developing countries” by “developed countries.” Around $1.4 trillion is to be raised domestically by scaling back on fossil-fuel subsidies and implementing a “carbon tax,” the report suggested.

Despite contributing more than any other nation to global carbon emissions, China was explicitly excluded from the requirement to fund the climate action initiative.

The 94-page analysis focused on “mitigation” and “adaptation,” with the former calling for a global shift from fossil-fuel usage and the latter promoting infrastructure for supposed climate change-induced disasters to be provided at the expense of the fossil fuel industry.

According to a report in France24, Nicholas Stern, an economist and one of the report’s co-authors, stated that achieving the Paris climate goals was not driven merely by self-interest, but also “justice.”

READ: Environmental alarmism is nothing but a big lie from the ‘climate industrial complex’

— Article continues below Petition —
SIGN: Pope Francis must revoke nomination of pro-abortion atheist to Pontifical Academy for Life
Show Petition Text
9832 have signed the petition.
Let's get to 10000!
Thank you for signing this petition!
Add your signature:
Show Petition Text

“Rich countries should recognise that it is in their vital self-interest – as well as a matter of justice given the severe impacts caused by their high levels of current and past emissions – to invest in climate action in emerging market and developing countries.”

The report itself also claims that “[d]eveloped countries have a crucial responsibility from the standpoint of climate justice, given historical responsibilities and the interrelationship with poverty reduction.”

The authors suggested that providing financial assistance to poor countries is “critical… to support action on restoring land and nature, and for protecting against and responding to the loss and damage due to climate change impacts.”

Despite many having themselves jetted in, leaders at the COP27 conference in Egypt called for a “fossil fuels non-proliferation treaty.” Tuvalu Prime Minister Kausea Natano declared that “[I]t’s getting too hot, and there is very [little] time to slow and reverse the increasing temperature. Therefore, it is essential to prioritize fast-acting strategies.”

However,  in an appearance on Fox News last month, aerospace engineer and former climate alarmist Tom Harris decried the push to curtail carbon emissions as part of an apparent climate saving agenda, calling the international movement a “scam.”

Harris argued that climate modelling is far from “settled science,” stating instead that “it’s a very immature science.”

“In fact, we don’t even know whether it’s going to warm or cool in the future,” he said. “Various people who study the sun… show that we’re headed into a great solar minimum around 2060, and that we’ll see gradual cooling over the next few decades.”

“So the bottom line is, we have no clue what’s going to really happen, so the only sensible approach is to get ready for it, to make our infrastructure harder, to use solid, dependable sources of energy like coal… and not to turn off our solid, reliable energy sources for flimsy wind and solar power,” Harris concluded.