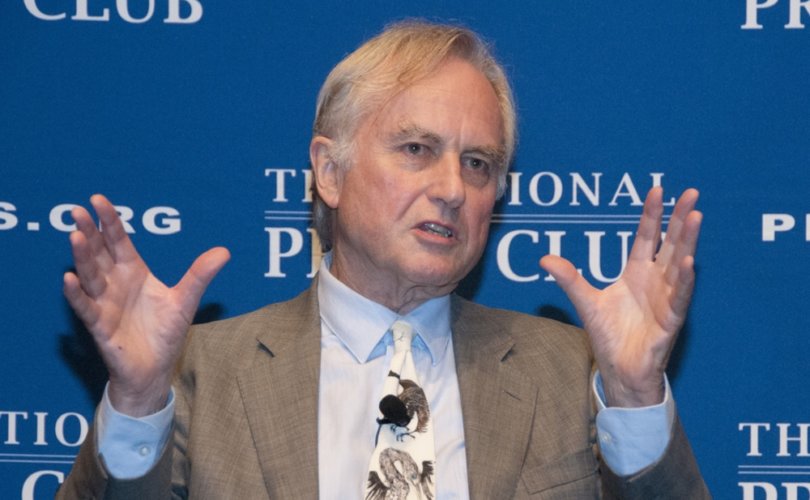 UNITED KINGDOM, March 23, 2018 (LifeSiteNews) – Despite his years of denouncing religion, Richard Dawkins does not welcome a European future without Christianity.

On Wednesday, the atheist author and evolutionary biologist warned those inclined to “rejoice at the death throes of the relatively benign Christian religion” to keep in mind the danger of “something worse” taking its place.

That worse alternative, Dawkins suggests, is Islam, which he has previously called “the most evil religion in the world.”

Before we rejoice at the death throes of the relatively benign Christian religion, let’s not forget Hilaire Belloc’s menacing rhyme:
“Always keep a-hold of nurse
For fear of finding something worse.”https://t.co/02foPX69Hs

Dawkins was reacting to a Guardian report on recent polling that shows 70% of people in the United Kingdom between the ages of 16 and 29 do not identify with any religion, that 59% of them never attend religious services, and that almost two-thirds of them never pray.

The research, published by theology and sociology professor Stephen Bullivant of St. Mary’s University in London, finds similarly high numbers in other European nations. Sweden, the Netherlands, and the Czech Republic all have even higher percentages of non-religious young people, while the young populations of France, Belgium, and Hungary are all more than 60% non-religious. More than half of the age group in Finland, Denmark, Norway, and Spain is non-religious, as well.

“Christianity as a default, as a norm, is gone, and probably gone for good – or at least for the next 100 years,” Bullivant says. “Cultural religious identities just aren’t being passed on from parents to children. It just washes straight off them.”

The Guardian report quotes Bullivant as noting that “the Muslim birthrate is higher than the general population, and they have much higher [religious] retention rates.”

Despite having once claimed that government needs to “protect” children from being “indoctrinated in whatever religion their parents happen to have been brought up in,” Dawkins recognizes that European Christianity serves as a “bulwark against something worse.”

While Dawkins holds far-left positions on issues such as abortion, his take on Islam echoes that of many conservative and religious observers. In January, the Turning Point Project’s William Kilpatrick wrote that Islam was “well on its way to controlling the public square in parts of Europe.”

Last year, the Guardian noted that non-Christian religions such as Islam quadrupled from 1983 to 2015 even as Christianity declined from 55% to 43%. The trend has been so stark that as of last May, the prevalence of Muslims and other migrant communities was the main reason making inner London the most religious area of the United Kingdom.

This is not the first time Dawkins has clashed with Islam. Last July, KPFA Radio in Berkeley, California disinvited him from a planned interview following complaints about his past comments on Islam.

“[W]e didn’t know he had offended and hurt – in his tweets and other comments on Islam, so many people,” the station said in a statement. Dawkins responded with an open letter declaring he would continue to condemn the “misogyny, homophobia, and violence of Islamism,” and noting that he has been similarly critical of Christianity—to which none of his hosts have ever objected.

“Why do you give Islam a free pass?” he asked. “Why is it fine to criticize Christianity but not Islam?”