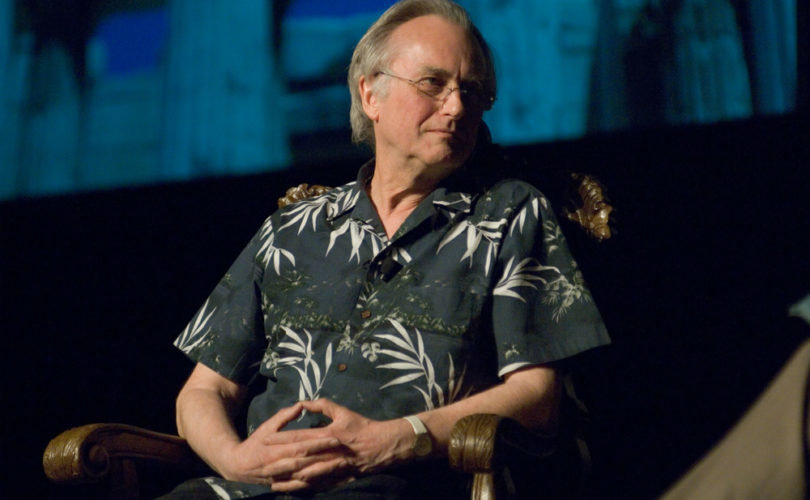 CANTERBURY, UK, September 12, 2013 (LifeSiteNews.com) – When Richard Dawkins was 11 years old, his art teacher pulled him onto his lap, reached into his shorts, and fondled his genitals. When he told his schoolmates, he learned he wasn’t alone – the man had abused some of his friends, too. But 60 years later, the famed atheist author of The God Delusion can’t bring himself to condemn the teacher’s actions.

Dawkins told The Times magazine last week that abuse like he and his classmates suffered causes “no lasting harm,” and that “mild pedophilia” or “touching up” shouldn’t be judged as harshly as rape or other crimes.

“I am very conscious that you can’t condemn people of an earlier era by the standards of ours,” Dawkins said. “Just as we don’t look back at the 18th and 19th centuries and condemn people for racism in the same way as we would condemn a modern person for racism, I look back a few decades to my childhood and see things like caning, like mild pedophilia, and can’t find it in me to condemn it by the same standards as I or anyone would today.”

Victims’ rights groups reacted with outrage to Dawkins’ comments. Peter Watt, director of child protection at the National Society for the Prevention of Cruelty to Children, said Dawkins’ remarks were “a terrible slight” to victims of childhood sexual abuse.

“Mr. Dawkins seems to think that because a crime was committed a long time ago we should judge it in a different way,” Watt said. “But we know that the victims of sexual abuse suffer the same effects, whether it was 50 years ago or yesterday.”

Peter Saunders, founder of the National Association for People Abused in Childhood and himself a victim of abuse, said, “Abuse in all its forms has always been wrong. Evil is evil and we have to challenge it whenever and wherever it occurs.”

But Dawkins doubled down on his remarks via social media Tuesday, taking to Twitter to argue that “’Mild touching up’ is bad. Raping 8-year-old wife to death is worse…Quantitative judgment vs. black/white.”

When users reacted with anger to the statement, he pressed on, writing, “Is anyone seriously denying that raping an 8-year-old to death is worse than putting a hand inside a child's clothes? Are you that ABSOLUTE?”

“Non-consensual sex is always bad. But raping an 8-year-old to death is quantitatively worse than ‘touching inappropriately,’” he added. “Shades of grey.”

This is not the first time Dawkins has said something controversial about pedophilia. In his book The God Delusion, he argued that raising children in the Catholic faith is more abusive than sexual molestation.

Regarding the priestly abuse scandals then rocking the Church in Ireland, Dawkins wrote, “Horrible as sexual abuse no doubt was, the damage was arguably less than the long-term psychological damage inflicted by bringing the child up Catholic in the first place.”

Last year, he stood by that statement in an interview on Al Jazeera, telling interviewer Mehdi Hasan about a friend of his who was sexually abused by a priest at the age of seven, but as an adult, remembered being taught about the existence of Hell as having been much more traumatic.

“She told me of those two abuses, she got over the physical abuse; it was yucky but she got over it,” Dawkins said. “But the mental abuse of being told about Hell, she took years to get over.”

During the author’s Twitter battle Tuesday, one user, @pelirrojo79, referenced the exchange, writing, “Weird. Richard Dawkins says religion is child abuse. Actual child abuse, not that bad. He got touched as a kid and he's doing fine.”