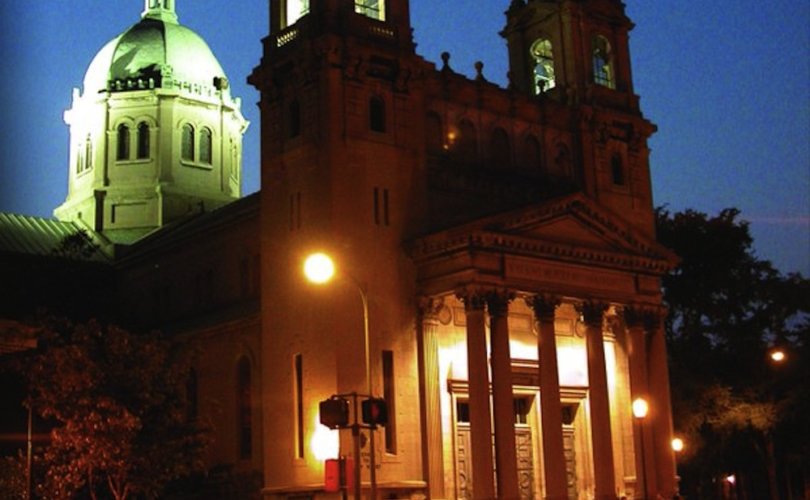 RICHMOND, Virginia, August 25, 2016 (LifeSiteNews) – A man fired from a Catholic assisted-living center for being in a homosexual “marriage” has sued the care center in federal court for discrimination.

John Murphy is suing Saint Francis Home in Richmond, alleging he was discriminated against for his sexual orientation, the Richmond Times-Dispatch reports, because he was fired from his position as executive director there in April 2015.

Murphy claims in the suit that his sexual orientation never came up in the hiring process, which lasted more than a month, and that when it was first raised 13 days after he was offered the job, the facility’s board president shrugged it off.

Murphy says when Tina Neal discussed an upcoming fundraiser with him she told him that “staff and spouses were invited to attend and that (he) was welcome to bring his wife,” to which he replied that he’d been “married” to a man for 30 years.

“Since this was the first time this issue ever came up, (Murphy) asked Ms. Neal if his same-sex marriage status was an issue,” the lawsuit says. “She shrugged and said it was not a problem and would not be an issue, stating ‘This is 2015.’ ”

He was fired eight days into the job when diocesan Chief Financial Officer Michael McGee and human resources officer Dorothy Mahanes came to his home, according to the August 8 suit filed in Virginia Eastern District Court.

The two informed him they had learned he was gay, which he confirmed, after which they told him, “Same-sex marriage is antithetical to Roman Catholic Church doctrine and this makes you unfit and ineligible to be executive director of St. Francis Home. We are here to advise you that your employment is terminated effective today.”

The committee refused, according to the suit, and some members talked about resigning.

Neal had not responded to requests for comment on Murphy’s case.

The Diocese of Richmond provided a statement to LifeSiteNews on Murphy’s claim of discrimination against Saint Francis Home.

“The Catholic Diocese of Richmond is aware that a lawsuit has been filed in U.S. District Court by a former employee of the St. Francis Home,” it said. “The St. Francis Home is a religious-based, non-profit care facility located in Richmond, VA., that serves the low-income elderly and people with disabilities, as part of the Diocese’s ministry. A copy of the lawsuit has been provided to our attorney and the Diocese declines any other comment about the matter at this time.”

Murphy had filed a complaint with the Equal Employment Opportunity Commission (EEOC) against the diocese last fall for his being terminated.

A diocesan spokeswoman said via a statement at the time that “as a Catholic organization, we expect the employees of the diocese and its ministries to uphold and embody the consistent values and truths of the Catholic faith, including those preserving the sanctity of marriage.”

To date, the EEOC has not filed suit against the diocese.

In Murphy's suit against Saint Francis Home, he claims he has suffered mental and emotional distress and that he has not been able to find work. He is seeking approximately $750,000 plus attorney fees.