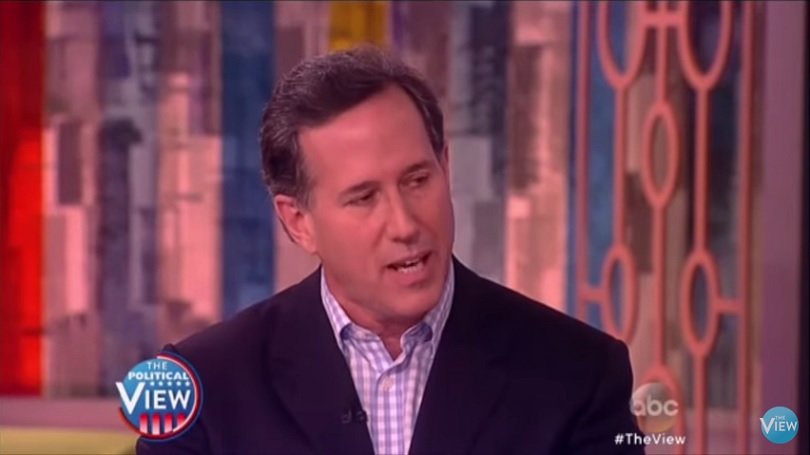 WASHINGTON, D.C., October 2, 2015 (LifeSiteNews) – Cecile Richards may not be happy that she was quoted this time.

Sen. Rick Santorum cited her Congressional testimony to prove that Planned Parenthood does not perform mammograms to the hosts of The View on Wednesday morning.

As other hosts objected, Santorum set the record straight.

“No, Cecile Richards yesterday at the hearing said, in fact they do not,” the former Pennsylvania senator said. “In fact, there are no Planned Parenthoods that provide any mammogram services. They basically provide abortion, contraception, STDs and pregnancy tests. That’s it.”

In sworn testimony before the House Committee on Tuesday, Richards told Rep. Cynthia Lummis of Wyoming, “To the best of my knowledge, not any [Planned Parenthood facilities] have mammogram machines.”

That contradicts her public claims to the contrary. In 2011, she said on CNN, “If this bill becomes law millions of women are going to lose their health care access, not to abortion services to basic family planning, mammograms.”

Santorum said women would receive better services from community health centers that “provide a whole host of other women’s health services. Women are probably going to get a more holistic health screening at those places than they would at Planned Parenthood.”

The senator was also quizzed on the definition of the family by homosexual panelist Raven-Symoné, a onetime child star of The Cosby Show and Disney's That's So Raven.

“I don’t understand why you feel like people in the gay and transgender community can’t raise a very beautiful, smart, intelligent child…just as well as a straight couple can?” she said, receiving massive applause from the studio audience.

Santorum said the “greater purpose” of marriage was to forge “a permanent bond by which those children can be raised by their natural mother and natural father.”

Sen. Santorum showed a softer side, as well, tearing up as he discussed Pope Francis blessing his daughter, Bella. The pope personally held his seven-and-a-half year-old girl, who suffers from Trisomy-18. “It was a great blessing,” he said. “He held her, and he kissed her and blessed her.”

“Bella's a miracle,” he said. “She's a miracle everyday and a blessing to us…she's a joy!”