Among other things, Santorum's tax proposals would triple the personal deduction for each child and "eliminate marriage tax penalties throughout the federal tax code.
By Ben Johnson
By Ben Johnson 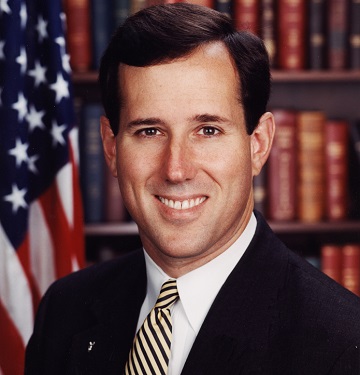 January 11, 2012 (LifeSiteNews.com) - Rick Santorum describes himself as universally pro-life. That includes his tax plan, which policy analysts contend gives couples economic incentives to get married and have larger families.

Santorum’s tax proposals would triple the personal deduction for each child and “eliminate marriage tax penalties throughout the federal tax code.” He would retain deductions for charitable giving, home mortgage interest, health care, and retirement - all undertakings that support faith and family formation.

Significantly, he would eliminate all corporate taxes on U.S. manufacturers, from its present 35 percent to zero. The candidate’s native Pennsylvania lost 127,000 manufacturing jobs between 2005 and 2010, and median income has fallen faster than the national average.

High-wage manufacturing jobs once made it possible to support a family without a college degree. A 2003 study funded by the John D. and Catherine T. MacArthur Foundation found higher education and the desire for more economic security delayed the age of marriage and family formation later than ever.

Dr. Allan C. Carlson, president of the Howard Center for Family, Religion, and Society told LifeSiteNews.com that Santorum’s economic proposals “are potentially pro-natalist, and that’s a good thing. We could use more babies born in this country.” The U.S. birthrate fell below replacement level in 2008, hitting its lowest level in a century  in 2010.

Santorum believes marriage and childbirth are pivotal to a healthy society. “It’s important to value the institution of marriage,” Santorum said in a recent stump speech. “Because the institution of marriage is where men and women bond together for the purposes of having and raising children, and giving children their birthright, which is a mom and a dad…that has an intrinsic value that is better than every other relationship.”

Nearly 41 percent of America’s children are born out of wedlock in 2010. American taxpayers spent $300 billion on welfare programs for single-parent families, 75 percent of all welfare expenditures for families with children.

Surveys prove children raised within traditional marriages become more economically productive citizens and suffer fewer of the pathologies of crime and poverty associated with children in single-parent or cohabiting parent homes. But economic anxiety has caused many couples to postpone childbirth.

The marriage penalty embedded in the tax code may discourage marriage by taxing married couples at higher rates than single people. Santorum’s plan would equalize the tax burden by doubling the size of tax brackets for married families and eliminating other penalties for those who tie the knot.

But Santorum’s policies have deepened a longstanding rift between conflicting visions of conservatism.

Many believe healing America’s crumbling hearths require bold measures. In July, Charles A. Donovan, a senior research fellow at the Heritage Foundation, called for “a Marshall Plan to rebuild shattered American homes.” Congresswoman Michele Bachmann made “family formation” the center of her tax plan before exiting the presidential race. Others emphasize that the proposal is a political winner. Robert Stein, a former deputy assistant secretary of the Treasury, writes, “Such an approach would also be very popular with a vital political constituency - middle-class parents.”

Dr. Carlson, who has promoted a pro-family tax policy for decades,  said family formation has been at the heart of the income tax code since the Revenue Act of 1948, which “generously increased personal exemptions for children, eliminated the marriage penalty that existed in the tax code, and made having a family and children a tax shelter.” He suggested the Parents Tax Relief Act of 2007 as model legislation, but believed it would have a chilly reception in some quarters of Capitol Hill.

“The Democrats, under the influence of the feminist bloc, don’t want to give any recognition to stay at home parenting, because they fear - rightly so - that women may like it,” Dr. Carlson said.

However,  others view Santorum’s plan and other forms of family promotion as little more than a different kind of social tinkering and his overall philosophy as too religious. Kevin Hassett argued in National Review that Santorum’s plan is “welfare in disguise.” Ann Coulter rapped Santorum as “more of a Catholic than a conservative.”

Some believe the government should play no role in promoting the nuclear family. Others blame tax credits for shrinking the tax base.

William McBridge, an economist with the Tax Foundation, observed that Santorum’s plan “might spur growth, or it might just spur child making.” However, it would “push more taxpayers off the tax rolls such that likely a majority of tax filers would pay no tax. That last one’s a serious concern in a democracy controlled by majority rule.”

“I think it’s a good idea,” Dr. Carlson replied. “I’m for a progressive tax system that has generous tax exemptions tied to it. It does mean that more people raising children will be allowed to keep more of their money.”

Santorum believes nurturing strong families with a devout religious faith is the necessary ingredient in reducing government dependence. “The Left knows that they can’t really have government come in and take control of everything unless they destroy the family,” he said. “Unless you destroy the family and destroy the Church, they cannot ultimately be successful in getting socialism to be accepted in this country.”