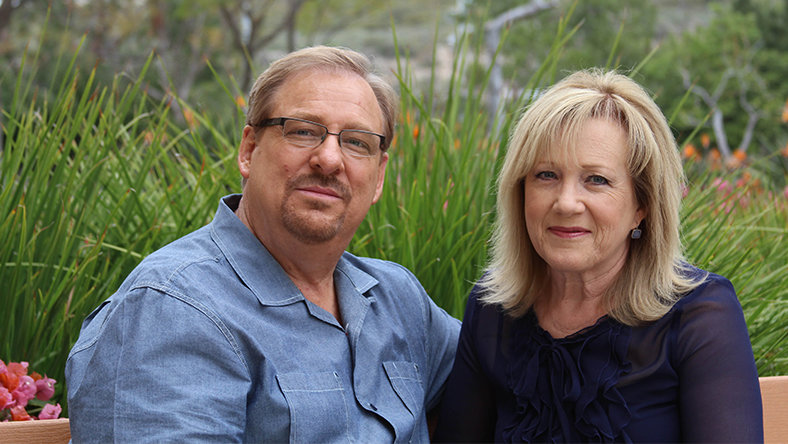 June 15, 2017 (LifeSiteNews) – Kay Warren, the wife of famous evangelical pastor Rick Warren, reveals in her new book that she was exposed to pornography as a teenager and struggled with it for many years.

An excerpt of Sacred Privilege: Your Life and Ministry as a Pastor’s Wife published in Christianity Today discusses the marital issues the Warrens have had over the years. Warren wrote that “divorce wasn’t on our radar” because they “wanted to honor the sacred wedding vows we had made before God and our loved ones.”

The couple faced many painful challenges at the beginning of their marriage, Warren wrote, but she's “so glad we stuck it out.”

One of the causes of this marital unhappiness was Mrs. Warren's “secret fascination” with pornography.

When she was four or five, a church janitor's son molested Warren. Then, when she was a teenager, she found pornography while babysitting at a neighbor's house.

This was “the deepest place of confusion and internal struggle for me as a teenager,” she wrote. She continued:

I was both fascinated and repelled by this forbidden material. It was clearly taboo for a Christian young woman who sincerely wanted to live a pure and holy life for Jesus, but somehow one night I picked it up and looked at it. Instant self-loathing, guilt, and remorse. How can I look at pornography? I love Jesus! I want to be a missionary! I’ll never look at it again, I told myself. And I didn’t. Until the next time I babysat. And the time after that. And the time after that. And before long, I was hooked. The good girl who loved Jesus with all her heart had a secret fascination with pornography, and the shame about killed me. I couldn’t reconcile my temptations and my faith; I was torn apart on the inside. Worst of all, I couldn’t tell anyone about it.

Warren's account of shame and feeling alone is similar to those of many others who have been addicted to pornography.

Warren “wanted out but didn’t have a clue how to change,” she recalled. When she and Rick married, she kept her pornography problem to herself.

“I kept my occasional ventures into pornography a complete secret,” she wrote. “Between the effects of the unaddressed molestation, the resulting brokenness in my sexuality, and the off-and-on pornography fascination, it shouldn’t have been a surprise that sex didn’t work” and their marriage suffered.

Warren expressed her appreciation for the role her husband has played in her healing.

“The shrieks of iron sharpening iron have often sounded like gears grinding on bare metal, but the result has been profound personal growth in both of us,” she observed.