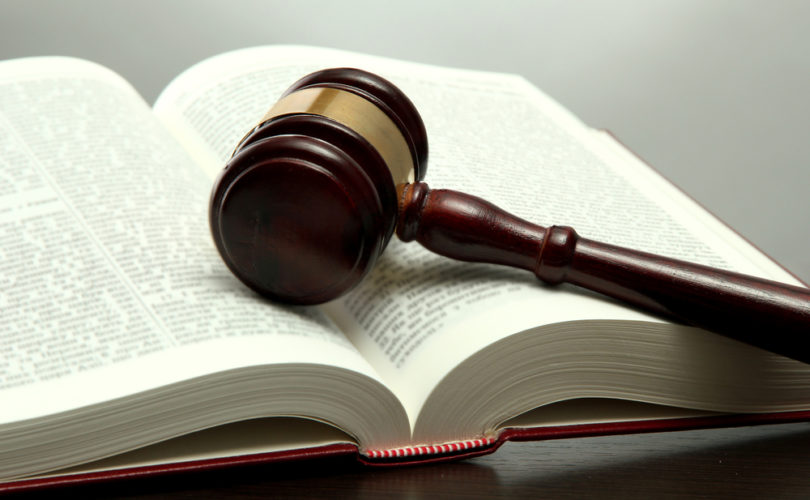 VANCOUVER, August 25, 2015 (LifeSiteNews) – Round Three of Trinity Western University’s climactic confrontation with the powerful homosexual lobby began Monday in a Vancouver courtroom, to determine whether TWU’s law students can practice law in their own country, and ultimately whether there will be room in Canada’s future “public square” for conservative Christians.

“At stake is more than just the right of TWU graduates to practise law,” said the Langley, B.C. school’s spokesman, Guy Saffold, “but whether people of faith are to be restricted in their right to associate in community and to fully participate in Canadian society.”

The five-day fight between one of the country’s few surviving Christian universities and the British Columbia legal profession is a kind of rubber match over the issue of whether law graduates from TWU’s proposed law school will be allowed into their profession, given that TWU prohibits pre-marital sexual activity, including all homosexual intercourse. This ban the law societies of three provinces deem a violation of homosexual rights so serious that it would irredeemably taint any TWU law grads and any profession which admitted them.

Already each side has won one round. Nova Scotia Justice Jamie Campbell ruled that the law society of that province had no authority to ban TWU grads, but if it had such authority, it was wrong to use it; not only were homosexual rights not violated by TWU’s rule against sex, but the law society ban did violate the human rights of TWU’s Christian law students.

Then an Ontario judicial tribunal ruled the reverse: its law society was justified in banning TWU grads to protect homosexuals, without significantly impairing the rights of Christian law students (though they now have no Christian law school to attend in Canada).

Like TWU itself, many of these organizations are para-church expressions of a re-invigorated Chistianity, started up after the institutional churches lost political fights over abortion and homosexuality. TWU trains not only teachers and wants to train lawyers, but it sends many of its graduates to Ottawa to intern for conservative politicians and lobby groups, in frank imitation of the American conservative movement that sprang up after the U.S. Supreme Court legalized abortion in 1973.

The intervenors also span the spectrum of Christian belief, demonstrating a new solidarity that has replaced the denominational disunity that weakened their cause in the past. Not only are Catholics standing shoulder-to-shoulder with Evangelical Protestants in the Vancouver courtroom, but a relatively new, still small Catholic college, Redeemer Pacific, has affiliated itself with TWU.

Against them is a clear majority of the legal profession in at least three provinces, supported by the Women’s Legal Education and Action Fund, and Outlaws, an LGBT students group.

These groups do not fault TWU law’s proposed curriculum or faculty, but claim its ban on any sexual behaviour contrary to Christian teaching discriminates against homosexuals by disallowing their preferred form of sexual activity. In Nova Scotia the judge ruled that as a private school and an association of Christians TWU had the right to discriminate according to its chosen beliefs. In Ontario the judges ruled the law society was bound to follow its beliefs in the equality of homosexuals under the human rights laws of the province and country—and ban TWU grads.

One TWU intervenor, John Carpay of the Justice Centre for Constitutional Freedoms, says the issue is one fundamentally of tolerance and pluralism. “For a free society to remain free, its citizens must accept that other people can and do have radically different conceptions of reality, including unpopular ideas about sexuality.  A legal right to be free from hurt feelings, if it existed, would destroy freedom of expression as well as freedom of association.”

Increasingly, it is the traditional moral values once strongly held by the country’s Christian majority that are under attack. Other hotpoints in the struggle are the medical profession and the public schools. The governing bodies of several provincial medical professions have decided or are considering whether to force doctors opposed morally to abortion or euthanasia to refer patients seeking them to other, willing doctors, or in an emergency to do the procedures themselves.

Public school systems across Canada are poised to become propaganda engines for the LGBT lobby, establishing clubs to encourage minority sexual behaviors and rewriting the curriculums to promote them. Christian doctors who have practised for decades are now fighting to stay in their professions, while new immigrant families from traditional cultures are fiercely resisting efforts by the Ontario government to force a pansexual sex education curriculum on their children.

Whatever is decided in Vancouver, the loser will appeal to the Supreme Court of Canada.