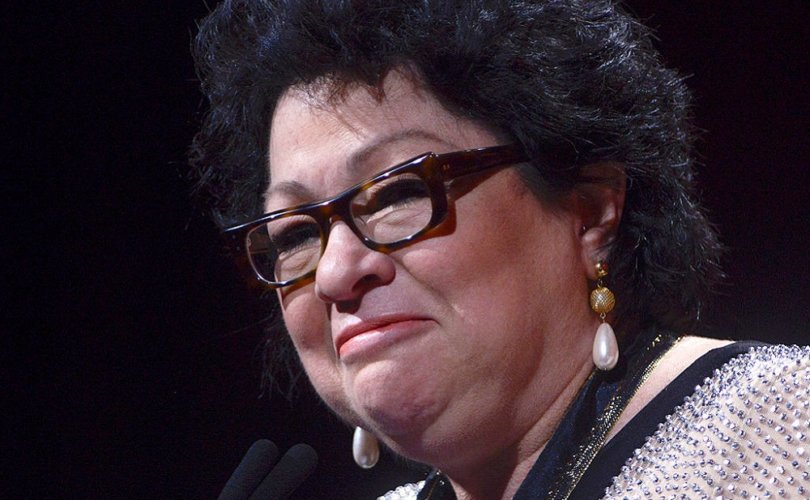 NEW YORK, May 12, 2020 (C-Fam) — The U.S. Supreme Court could pave the way for the judicial repeal of the Mexico City Policy if it recognizes a global right to free speech for foreign non-governmental organizations affiliated with U.S.-based organizations.

The case involves a pledge against prostitution that U.S. funded foreign entities who work on HIV/AIDS treatment and prevention abroad are required to make. Congress’ purpose in enacting the condition almost twenty years ago was to fight “coercive practices that spread HIV/AIDS and degrade women and girls,” Michel said during the hearing.

In 2013, the U.S. Supreme Court ruled that the anti-prostitution pledge was unconstitutional as applied to U.S.-based groups because it sought to compel speech, but it did not rule on its application to foreign organizations.

The same organizations who were involved in the 2013 decision are now asking the Court to extend their First Amendment free speech rights to foreign affiliates who share their name, logo, and mission. Among the leading organizations suing the government are Pathfinder International and CARE USA, both of which openly oppose the Mexico City Policy.

Michel characterized the case in terms of globalist versus U.S. government prerogatives in foreign affairs.

“Respondents’ position is that they and their foreign entities that they’ve chosen to keep separate should somehow be treated as some kind of single global unified entity,” he emphasized.

The U.S. Solicitor General described this as a “right to optimal message management,” which he argued “is simply not what the First Amendment protects.”

The organizations’ lawyer, David Bowker, complained that taking a position against prostitution was a form of “hypocrisy” for his clients. He argued that it harms their “integrity and their reputation and their brand when they’re forced to speak out of two sides of their mouths.”

For Associate Justice Sonia Sotomayor the case may seem like a déjà vu. She ruled that foreign non-governmental organizations did not possess any right to free speech under the U.S. Constitution in a 2002 case, Center for Reproductive Rights v. Bush, when she was an appellate judge on the Second Circuit.

That case involved the Mexico City Policy, disparagingly called a “global gag rule” by abortion activists. The policy prohibits U.S. funding for foreign organizations that promote abortion. Like the current case, the 2002 case involved a network of domestic organizations with foreign affiliates who argued their free speech rights extended to their affiliates abroad. Although, the Mexico City Policy does not require compelled speech.

Sotomayor’s 2002 decision was based on appellate precedent. As a Supreme Court Justice, she is not bound to her prior ruling. Indeed, during oral arguments she seemed eager to strike down the Mexico City Policy.

“The long and the short of this is that a domestic agency that does not want to adopt a policy of being opposed to abortion but who is willing to not support it in a program, they can’t receive funds…” she said at one point, letting the word “abortion” slip in instead of “prostitution.”